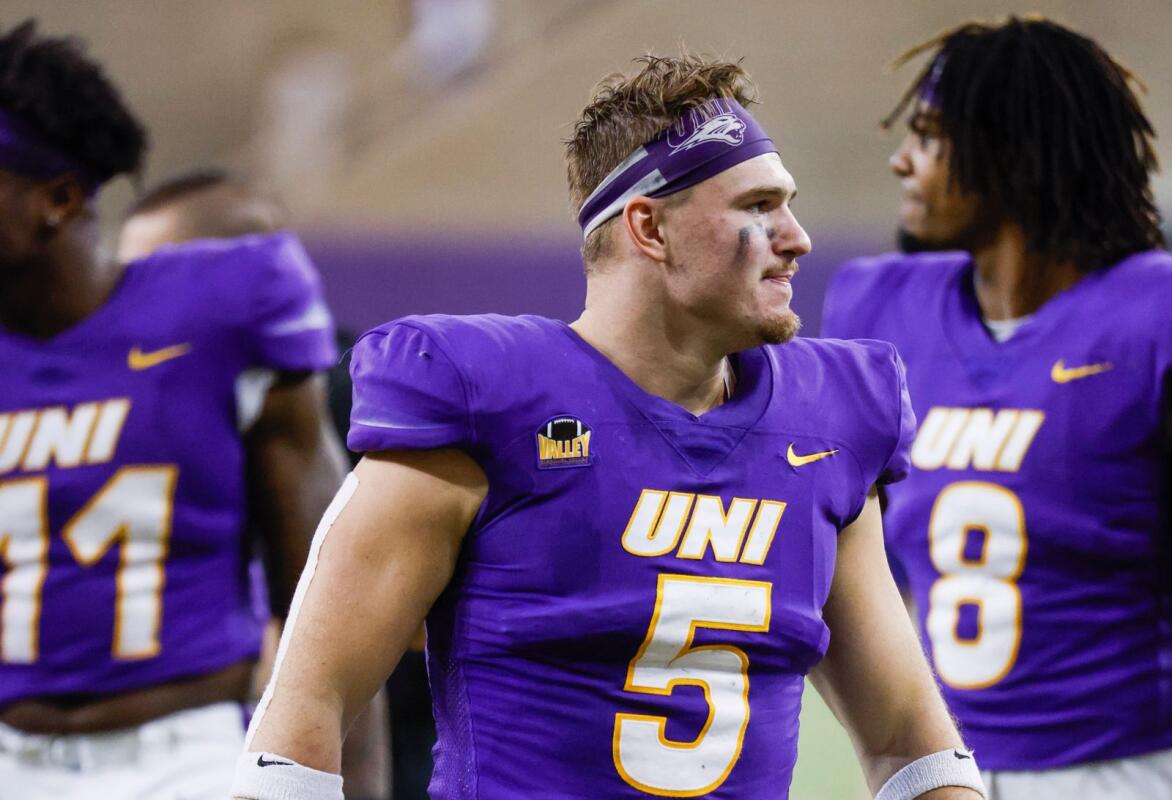 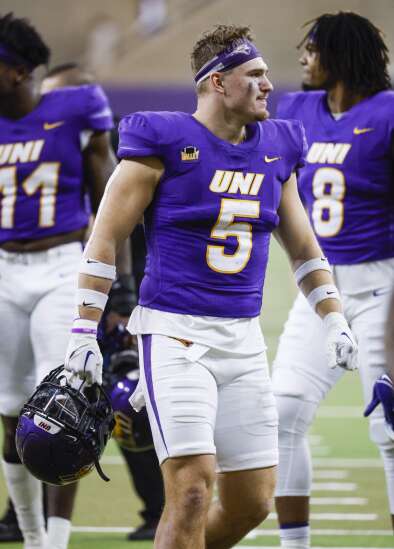 CEDAR FALLS — The word Northern Iowa football’s seventh year, Korby Sander, uses to describe his unprecedented tenure with the program is the same word many might use to describe the past few years that we all have have gone through.

“It’s kind of crazy just thinking about it.”

A redshirt in his debut season in 2016, then a medical redshirt in 2019 after a serious knee injury — and the extra year of eligibility granted in 2020 due to the pandemic — paved the way for Sanders’ stint at UNI, which ended three US years ago -Presidents began.

Adding to the curiosities of his long career was the opportunity to be on the same team as his younger brother Tate.

Tate Sander, a 2021 UNI conscript who, like his older brother, played at Belmond-Klemme High School, has helped Korby keep from feeling too old as he nears his late 20s.

“I have a younger brother who’s six years younger than me, so I travel around with the freshmen a little bit and play around with them,” said Korby Sander. “It’s definitely a lot different, but it’s different in a good way. I can be more of a role model for these guys and (tell them) everything I’ve been through and give them that insight as they go through their journey too.

While teammates’ old man jokes are common, Sander said his body has held up well this season and his 2019 knee injury is fully healed and behind him.

His veteran status also offers a perspective that makes the supersenior not mince his words when asked about the fall of UNI (5-5, 4-3 MVFC) and every other team in the Missouri Valley Football Conference, which will be 6-5 in the FCS playoff bubble if the Panthers win this Saturday in South Dakota (3-7, 2-5).

“We’ve been 6-5 before and we’ve beaten the teams that aren’t from the Missouri Valley or the Big Sky (conferences) 7-4 or 8-3,” Sander said. “We’ve proven that (MVFC strength) is one thing and I just hope that’s factored in. All I know is there are a lot of dangerous (MVFC) teams that could go in there 6-5.”

However, a win against the Coyotes at 1:00 p.m. Saturday in the DakotaDome (ESPN+) won’t be as easy as their 3-7 record suggests.

Heading into what may be the final game of his seven-year career, Sander said he’s not letting himself think too much about what’s next. Instead, he focuses on what it takes in a game you absolutely must win to give yourself and your teammates a chance to keep playing.

“They have an older running back that’s going to play his heart out for his last game, so I think if we can finish that running game and force them out of their comfort zone a little bit, I think that’s going to help,” said sanders “I promise you not many teams want to play us (in the playoffs).”