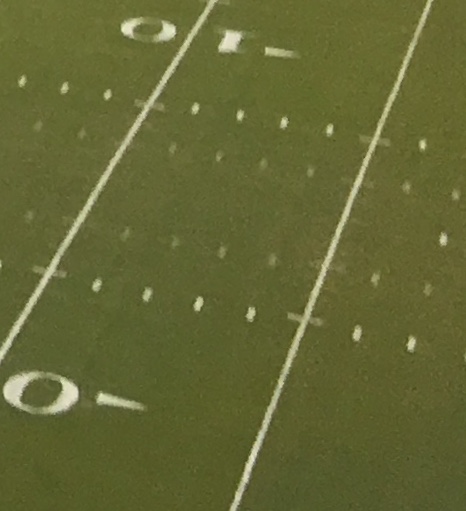 Tennessee, Tennessee, Tennessee, Tennessee and, oh yes, Tennessee – Gotta love what Josh Heupels Vols have done this season. But… they were aided by three touchdowns in South Carolina, which lost 38-6 in Florida the previous week. The final was 63-38. As far as anyone can tell, that’s the most points by an unranked team against a top-five opponent in the 84 years since the Associated Press (media) poll was first conducted. That’s hard to do. So much for those wins against Alabama and by 27 at LSU. And so much for the playoffs. Vols never led. But it was 35-31 with 10 minutes left in the third quarter. USC scored the next 28. Good thing the visitors got a TD with 1:14 left. I know their great quarterback left with an injury in the fourth quarter, but until then it wouldn’t make a difference.

Central Florida — You must not lose to Navy at home if you are in 20th placethand only scored 14 points.

East Carolina – Can’t lose 42-6 at home to Houston, who previously just dropped 36 points to Temple and 77 to SMU.

Toledo — OK, so it happened on Tuesday. You thought I might have forgotten? Does not work like that. Rockets were at home, favored by a bunch over Bowling Green, their rival. They fell 21-0 behind and eventually went up by one by 51 seconds. But no. The Falcons hit at 0:09 on a 42-yard pass to lose by seven, which obviously can’t and shouldn’t happen. But if not, there would be no Fraud Five.

Delaware – You know I rarely pick FCS teams, but the Hens, who always lose to Villanova, re-led the Cats on the main line (not that location seemed to matter much in that series) midway through the third period nine. Then two blocked punts happened, one late. And the final was 29-26 Nova, on a TD with 1:11. The Cats played without a handful of starters. Sometimes it just doesn’t pay to ask why. Delaware has received an FCS offer and will host Saint Francis. The winner meets the top seeded state of South Dakota.

With that in mind, you know I hate teasing crowds at temple games. Hey, this is the longest I’ve lived through. But seriously, there couldn’t have been more than 5,000 brave people in the Linc to watch the Owls lose to No. 25 Cincinnati, 23-3, in a 4 p.m. start in really cold weather. I wasn’t surprised. But I still feel bad. And the Owls had actually played well in the past few weeks. I wish I had an answer, but unless you play Penn State or Notre Dame, I’m not sure there really is. And unfortunately I’m not sure if that will happen again any time soon.

To all and sundry out there, have a Gobble Gobble. Spend some time with your loved ones and try not to gain five pounds. OK if you insist. Dress in three and work out a little extra this Black Friday. works for me