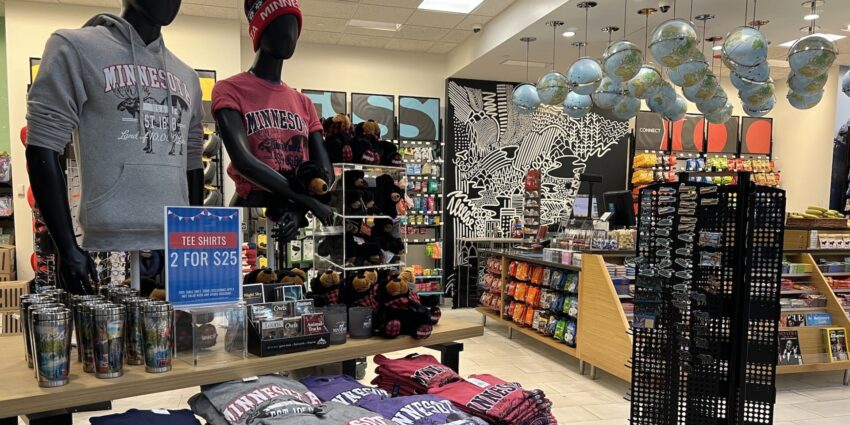 You know things have changed when a Chick-fil-A struggles to stay open.

This has been the case almost every time I’ve attended Hall C at Minneapolis-St. Paul International Airport.

There were times when passenger traffic was so low in 2020 and 2021 that it was difficult for me to find something to eat during a stopover, especially after lunch. 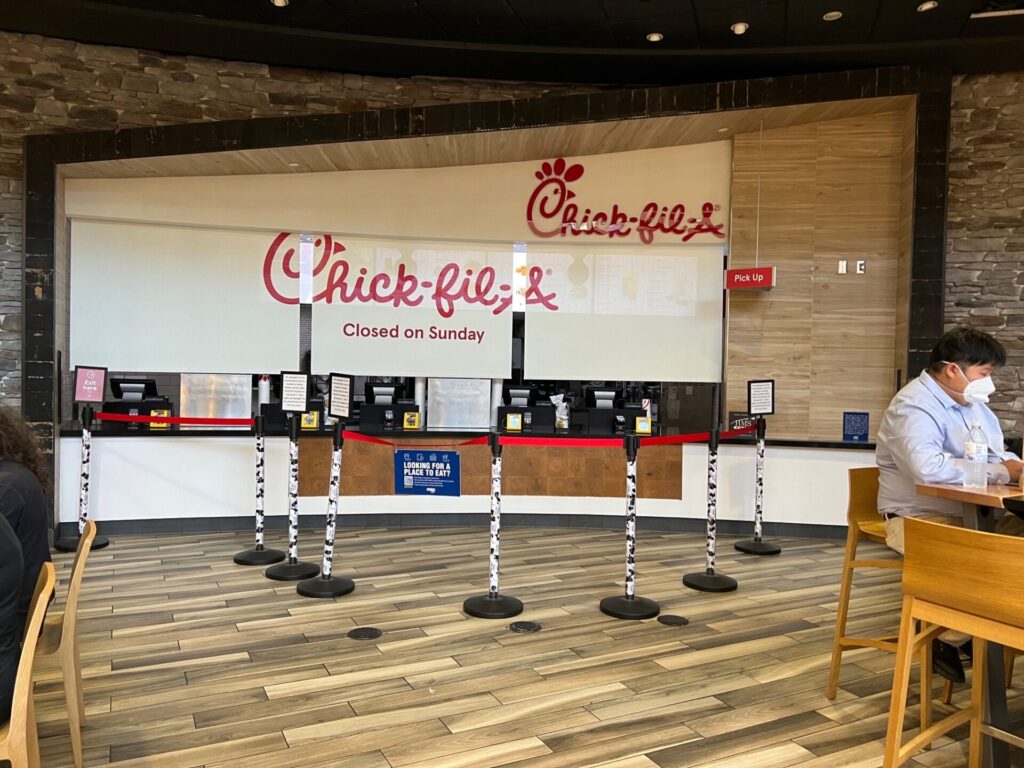 I took this photo in the summer – not on a Sunday.

I flew through again last week and the classic chicken sandwiches were once again cranked out for a number of customers. So hopefully it’s a sign that things might be feeling a little more normalized for our friends in the land of 10,000 lakes.

However, they are not the same.

While the pandemic era brought an influx of people to Sioux Falls and South Dakota, growing tax revenues, and more new business openings than I can sometimes muster, Minnesota has been hit hard.

The Minnesota Chamber of Commerce described it as a “shock to the economy” that was “staggering,” with the loss of more than 400,000 jobs in spring 2020 and a GDP yield of more than $36 billion – “To put this in… To put it in perspective, Minnesota’s job losses in 2020 exceeded the size of North Dakota’s entire workforce,” it said.

Then came the death of George Floyd, the resulting riots, 1,500 businesses damaged or destroyed, and a spike in crime.

In recent years, more people have moved out than moved in. The state ranked in the top 10 nationally for emigration earlier this year.

There are signs that Minnesota and the Twin Cities are recovering — well beyond a reopened airport restaurant — but it’s easy to see that Minnesota and South Dakota are markedly different places from, say, 2013 — last at Sioux Falls Sanford Health and Minneapolis-based Fairview Health Services were pursuing a merger.

At the time, Sanford backed out after the Minnesota Attorney General had concerns about the deal.

And sure enough, hours after the new trial was announced, another statement came from Minnesota’s current Attorney General.

“We are aware of the proposed merger between Fairview and Sanford,” said John Stiles, a spokesman for the attorney general’s office, in a statement reported by multiple media outlets.

“We have initiated an investigation regarding the proposed transaction’s compliance with charitable and non-profit laws. We also evaluate possible effects on the competition together with state and federal partners.”

So maybe not that much has changed.

I now understand the need to address actual, legitimate anticompetitive concerns in any merger of this magnitude.

But I wonder if maybe, possibly, that might have more to do with the combined organization being based in Sioux Falls rather than Minneapolis and bearing the Sanford name.

In case you missed this column around 2021, I’ve included some important information in it.

Bill Gassen had been in his new role as CEO for months and confirmed to me that in what he called a “firm decision of the Board of Trustees,” Sanford had committed to maintaining its headquarters and CEO in Sioux Falls.

“So — at least as of this writing — if there are other merger possibilities, they will only be considered if these criteria are met for Sioux Falls,” I wrote in 2021.

“Knowing that one of the largest healthcare providers in the world is here to stay.”

But here’s the thing, Minnesotan. That’s not a bad deal for you either.

If you’re an organization looking to the future, you’d do well to look west as well.

For example, you’ve probably heard of C&B Operations, owned by the Burwell family, who own a significant number of John Deere dealerships.

Earlier this year, I interviewed CEO Peter Burwell, a lifelong Twin Cities resident who moved to Sioux Falls in 2021 with his family, including his two brothers. Her company will move to the top of the new office tower in the Steel District city center next year.

“It was incredible,” he told me. “I’m really enjoying it. It’s a nice community for us.”

Then there’s Josh Thoma, the restaurateur behind Twin Cities restaurants like Smack Shack, Burger Dive, and The Lexington. He’s bringing three restaurants to Sioux Falls next year, including two new concepts, and is always excited about what he’s discovered in our market when we chat.

Even in the Twin Cities, “you hear more rumors” about “what a hip town Sioux Falls is,” he told me when we met a few months ago. “Plus people traveling and moving here.”

He recently described the contrast between doing business in Sioux Falls and Minnesota to me as nothing short of “dark versus light,” praising how seamless it was to get things done here and how genuinely people seemed happy to welcome him to be called and to offer him support.

“You guys probably don’t see it that well because you’re in it every day,” he told me. “We see it, and that’s what drove us to … invest in Sioux Falls. When you have governments that encourage growth, that’s a big part that a lot of people don’t like to talk about, but then you also have the working class, which is fundamentally different. It’s a hardworking culture.”

From the perspective of Sanford Health’s combined organization, Sioux Falls makes a lot of sense for a headquarters.

The very nature of this merger, as their CEOs have described to me, is the merging of urban and rural regions. Sioux Falls represents the intersection of these populations. And it’s even better positioned to be the headquarters of a $13 billion organization than it would have been a decade ago.

“It’s going to be something very special in the state of Minnesota,” Gassen said during our conversation last week. “To enable the combined organization to serve the needs of rural Minnesota and urban, more metro communities.”

I then asked Fairview CEO James Hereford how he planned to “sell” his state and community from the idea of ​​connecting to a South Dakota-based system.

He’s from Montana, he began, “but in the interactions that I’ve had, there’s this complementary nature of our cultures, of people coming together,” he said.

“I swear there are only about three degrees of separation between any citizen of Minnesota, North Dakota or South Dakota. Everyone knows everyone. I think that (controversies) are more fabricated than reality and I strongly believe that we will be able to start from common cultures and common goals to really come together and do something very special.”

Now, of course, it’s not as if this merger means all corporate jobs are leaving Minnesota. It’s still there, as Gassen put it in the Star Tribunea “very material company presence” provided there.

But establishing ties with South Dakota has proven beneficial for many of Fairview’s Minnesota counterparts. I urge everyone involved to keep an open mind.