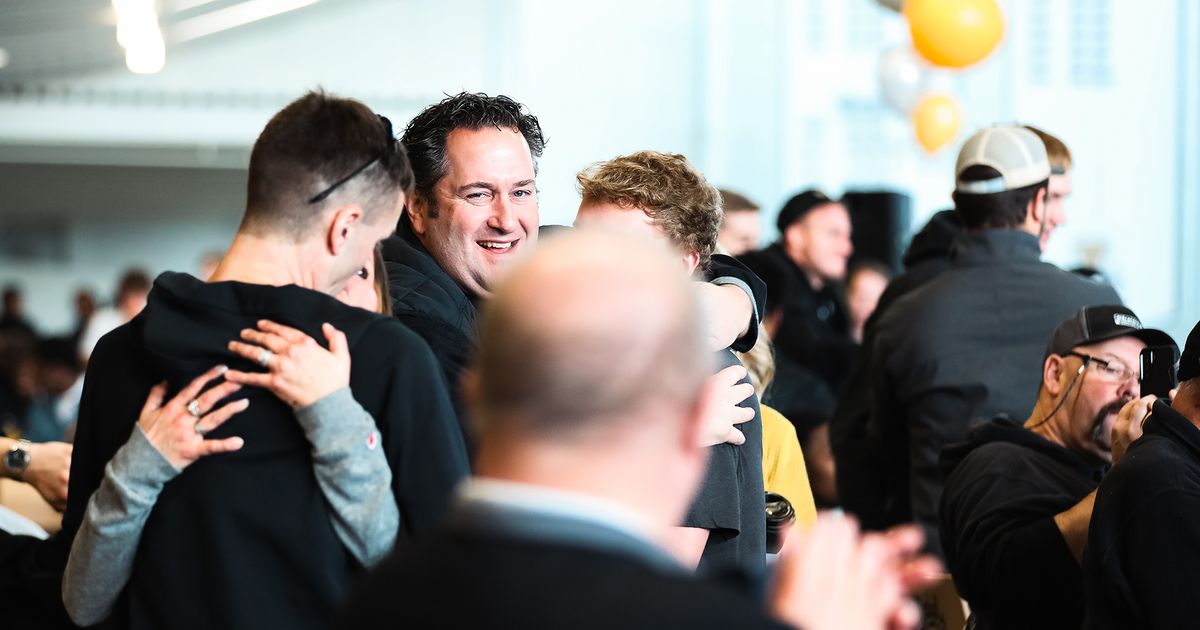 Late Sunday morning events at the football offices in the University of Idaho’s Kibbie Dome became a hive of activity. Coaches and assistant assistants all had a happy urgency in their steps as they moved between meeting rooms, offices and movie rooms, and head coach Jason Eck held his breath steadily as he directed the action.

The vandals learned Sunday they will be flying across the country to Hammond, Louisiana. vs. Southeastern Louisiana University, the runners-up Southland League team (8-3, 4-1) at 4:00 p.m. PST on Saturday.

Luckily for the Vandals, their trainer has some experience with this.

As an assistant at South Dakota State University, Eck made six straight trips to the playoffs between 2016 and 2021, reaching the championship game in 2020.

So the schedule for the Vandals coaches on Sunday found a videotape of the Lions. On Monday morning, they will join the players to review the game tape from Idaho’s 38-7 win over Idaho State last Saturday. On Monday afternoon, Idaho will begin installing the schedule for the first round playoff game. On Thursday, the Vandals meet for a Thanksgiving dinner together and on Friday they fly to Louisiana. Eck’s own week will be complicated by the fact that he hopes to complete the sale of his former South Dakota home on Tuesday.

Idaho is on a steep learning curve with the Lions since the Vandals didn’t play a Southland League team. Eck even had to check whether the lions were playing on grass or grass.

“It’s fun and exciting to play someone new,” Eck said. “I don’t even know much about their coaching staff. All I’ve done so far is look at their stats.”

These showed him that the Lions were reasonably even on offense, averaging 182 yards per rush and 250 passes per game, despite having more rush attempts than passes. They also played two quarterbacks. Cephus Johnson III was the running specialist, averaging 5.4 yards per carry on 77 attempts, and Eli Sawyer was more of a passer, throwing for 1,605 yards and 11 touchdowns. The defense was opportunistic with 14 interceptions.

Playoff experience has taught Eck to refine what Idaho does best going into this game.

“Do what got you there. That’s important,” said Eck.

The Vandals will focus on getting the ball to their lead receivers Hayden Hatten (1,000 yards with 74 catches and a school record 15 touchdowns in a season) and Jermaine Jackson (49 receptions for 938 yards and four touchdowns).

Quarterback Gevani McCoy, who missed Saturday’s win against Idaho State with a knee injury, is expected to return. If he can’t leave, freshman Jack Layne, who filled in for McCoy against the Bengals, is called back.

Against ISU, Layne completed 18 of 29 passes for 255 yards with one touchdown and one interception. Layne can play in two more games without jeopardizing a redshirt year, although Eck pointed out that if the Vandals get to the playoffs, “and we play North Dakota State in the quarterfinals, it could be worth losing the year.” “

The only other player who could miss the first playoff game is linebacker Sully Shannon. “He was stolen from the ISU,” said Eck.

The NCAA allows teams to advance 65 players to the playoffs. The Big Sky Conference also imposes this limit on its games, Eck pointed out, so Idaho is comfortable playing within those limits.

The excitement of reaching the postseason for the first time in six years has cast a little somber light on the Vandals’ football team, who along with the Moscow community mourned the killing of four UI students at an off-campus residence a week ago.

“Every day was a little better,” said Eck. “The team reacted well on Thursday.”