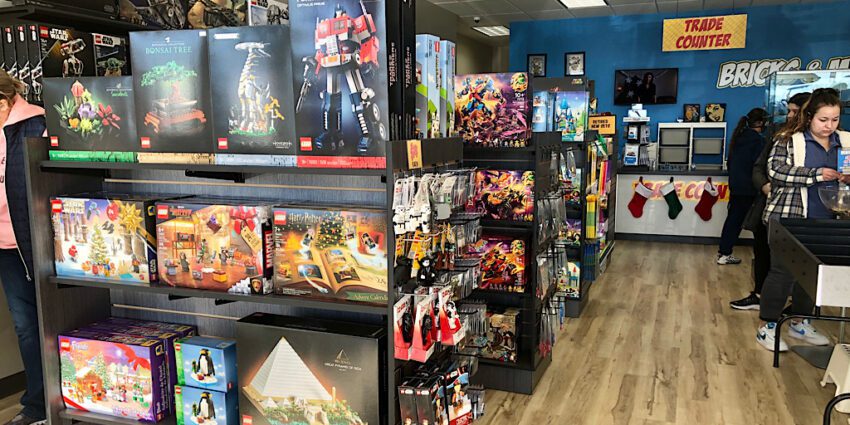 The Christmas strategy at Bricks & Minifigs can essentially be summed up in two words: Stock up.

That’s what owners Jenn and Ryan Dean have been doing since they opened the Lego store in May at a retail mall on the northeast corner of 41st Street and Kiwanis Avenue.

“Lego has already said that their production is a little lower than last year and our salesman for our new Lego has also told us that it will be difficult to get the items for Christmas. Luckily we’ve been stocking up since June so we have tons of stock that we’ve built up to get through the holiday season.” 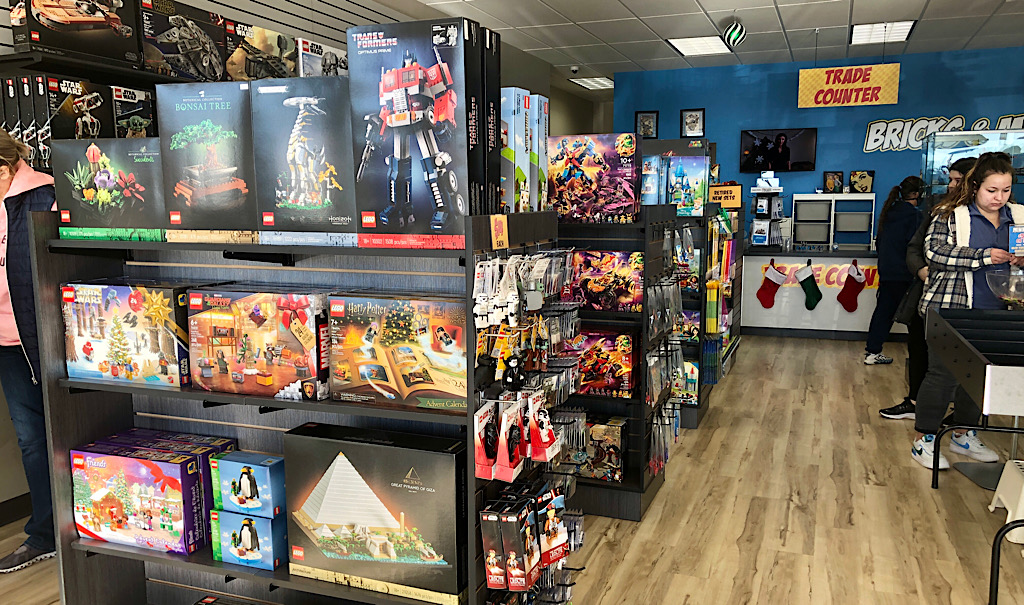 The store is offering a wide range of new, certified, used and rare Legos for a November 26th open house known as Small Business Saturday, including door prizes, treats and Santa Claus. Dean expects a surge when the doors open at 10 a.m

“In the last few weeks we’ve seen a lot of kids come in with parents to get ideas, come in and make the Christmas list,” she said. “My advice to parents and everyone at this point is to buy it while you see it because it may not be here next week.” 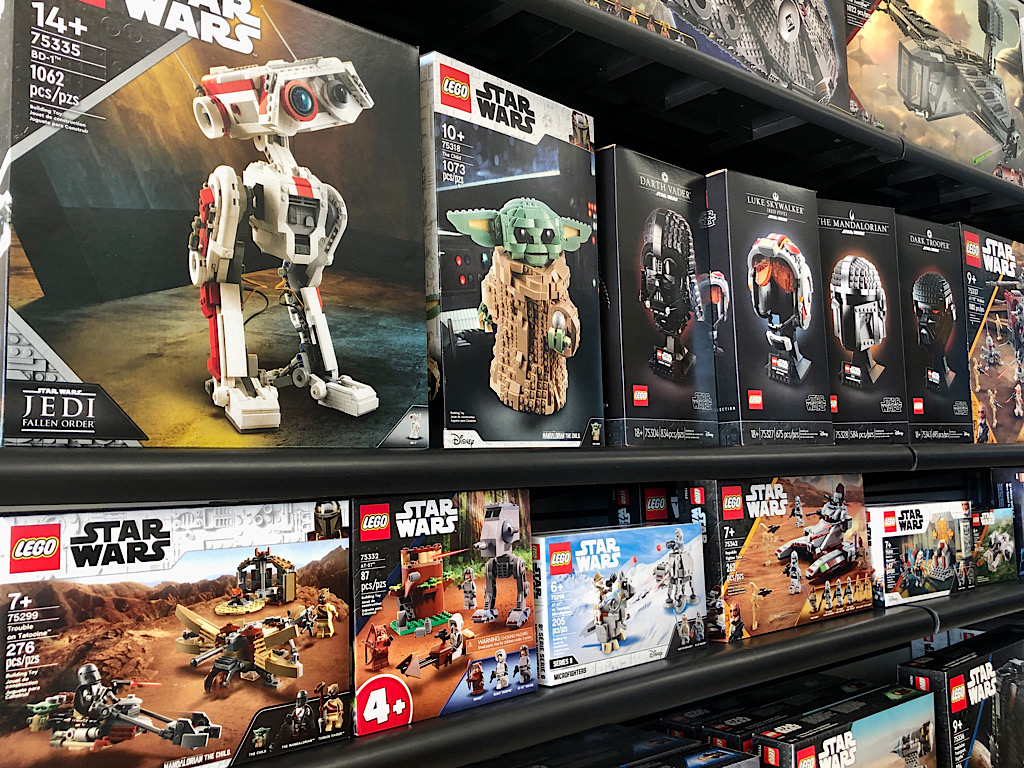 That’s a message that’s spreading throughout the retail sector, where the ‘Christmas spirit’ has even escalated this year.

“This Christmas cycle is anything but typical,” said Jack Kleinhenz, chief economist at the National Retail Federation, in his outlook for the holiday season.

“The holiday shopping season kicked off earlier this year – a growing trend in recent years – as shoppers are concerned about inflation and product availability,” Kleinhenz said. “Retailers are responding to this demand as we saw several large planned buying events in October. While this may result in some sales being brought forward, we expect more offers and promotions over the remaining months.” 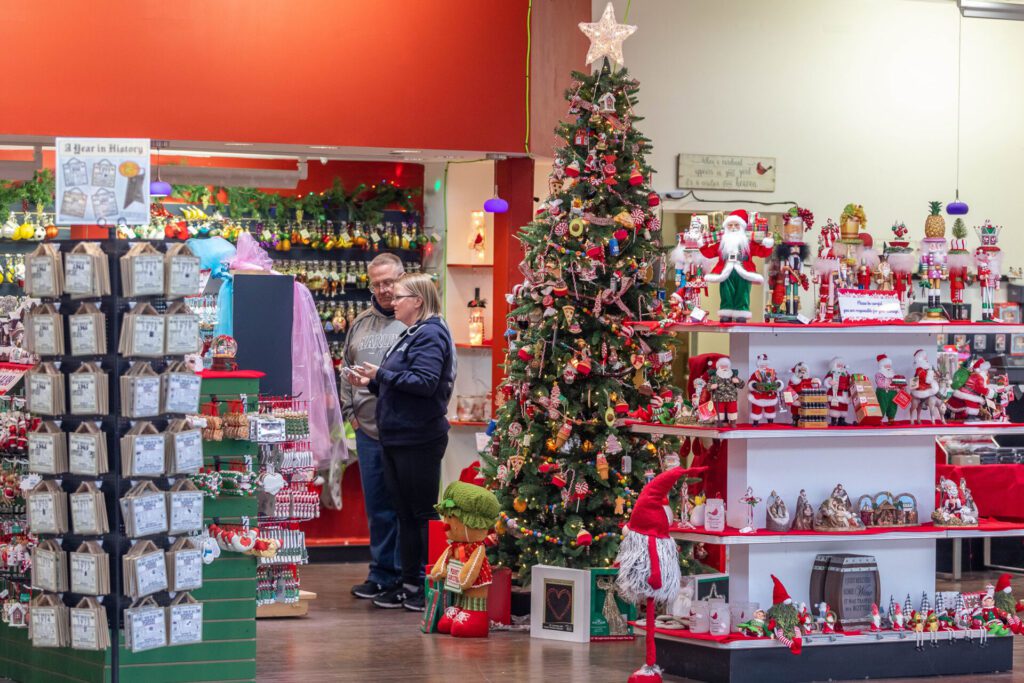 The association’s research found that 46 percent of Christmas shoppers wanted to browse or shop before November.

“There’s definitely a different trend emerging,” said Nathan Sanderson, executive director of the South Dakota Retailers Association. “Ten years ago, Black Friday was such a big, big deal when people reopened on Thanksgiving and there was this insane rush to get great deals on electronics and it’s not quite the same anymore. Black Friday is still a major shopping day in South Dakota and across the country, but the holiday cheer is real. This is 100 percent real. We’re skipping Thanksgiving and going straight to Christmas.”

By November 1, retailers had swapped Halloween items for Christmas items, he added, and people were starting to shop accordingly.

“It’s a little early, but inflation is a real thing and it’s affecting the way South Dakota residents spend money,” Sanderson said. “What a lot of people are saying is people are spending as much as they planned or what they spent last year and the dollars will be similar, but the net profit for a business owner will likely be less because their prices are in many cases have increased.”

What General Manager Dan Gies described as an “excellent back-to-school season” has dragged on into the fall at Empire Mall. 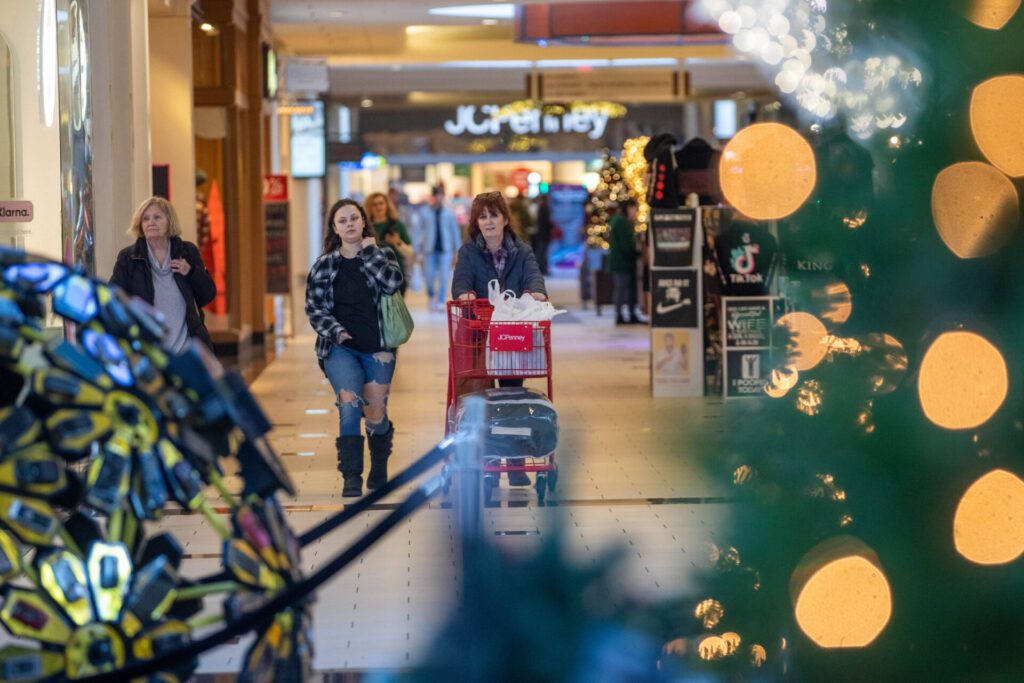 “Usually you experience a September-October lull, and it didn’t happen as often as it normally does,” he said. “The supply chain has kind of reversed course, there is a lot of inventory and of course the deals are starting early, just like in recent years. All stores have Black Friday deals (early November) so I think it’s going to be a really solid November too and a great holiday season.”

Bricks & Minifigs will still have Black Friday sales, although the focus is on Saturday. And it is recognized that customers could be more price conscious. This comes in the form of certified pre-owned kits, ensuring all parts and instructions are present and offering an opportunity to save.

“It’s boxed and ready to gift, so we have these for the budget conscious buyer,” Dean said. “And of course we have our $3, $5, $10, and $15 shelves, which make great stocking fillers or small gifts.” 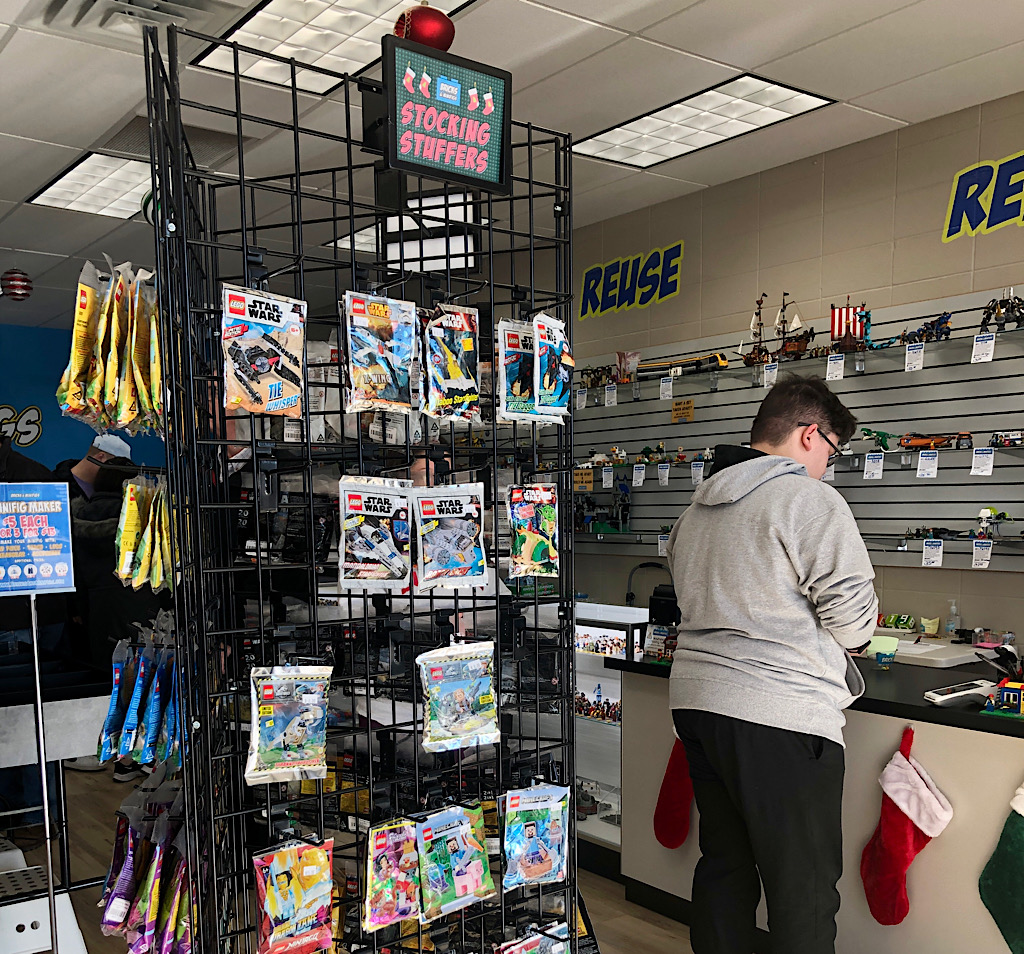 Newcomers to the Sioux Falls market are also likely to grab their share of the holiday spending pie. It’s the first holiday season for Bricks & Minifigs, as well as a host of new additions to the Empire Mall.

Newest leisure retailer AS Revival chose the mall for one of its first standalone storefronts, reflecting the strength of its sister brands Altar’d State and Tullabee, which sell children’s clothing and are also celebrating their first vacation at the mall.

“This is a big act,” Gies said. “This year alone, Lovisa 2022 was first to market, Tullabee was close after that, Pandora came back with a bigger footprint, and Daily Thread was a little later. Lauriebelles was a big brand because it’s a locally iconic brand.”

Seasonal retailers are also back, including a Christmas sale in Center Court featuring decoration and personalized items. 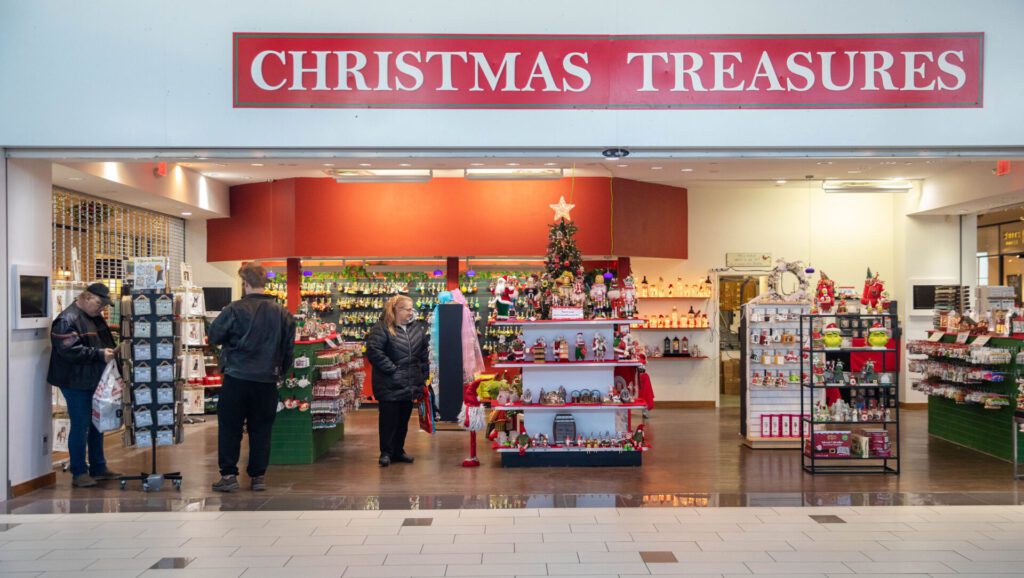 Dillard’s also has a literal sign of progress, as shoppers will notice that the future entrance to the food court has a new floor-to-ceiling sign. 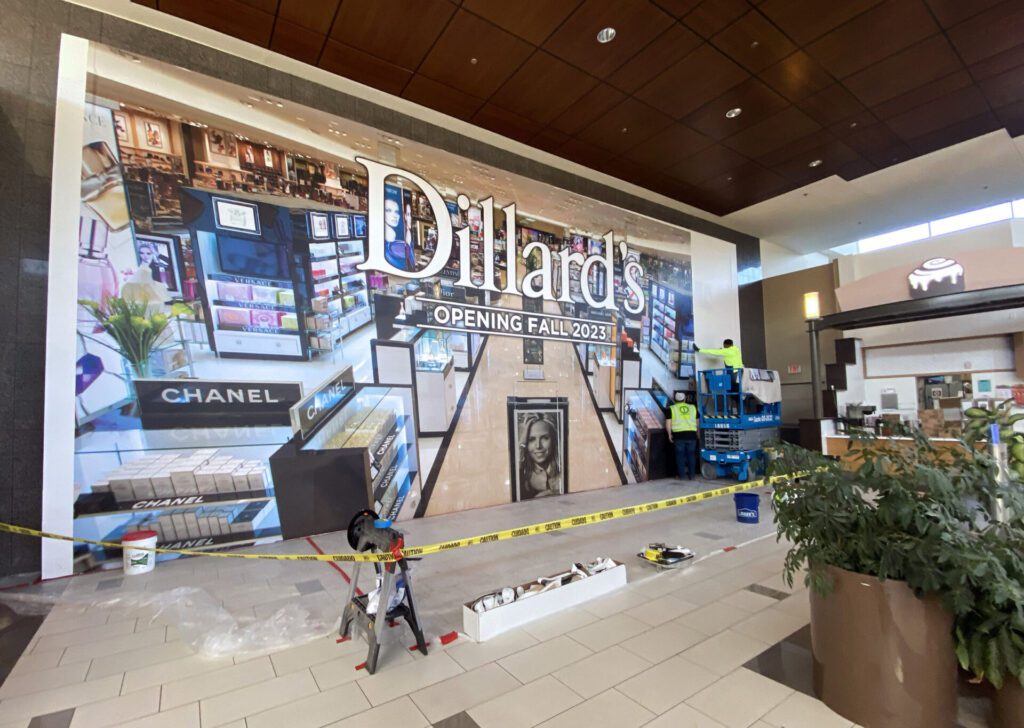 “There’s a lot of earth moving,” said Gies. “We wanted to put some concrete on the new extension before the snow flies. We are still on schedule for October next year. I think our updated announcement and all the construction that is underway creates a lot of excitement and positive vibes.”

Gies said he believes it’s just getting started, however.

“I still think our biggest days will continue to be between Black Friday, Thanksgiving week and weeks one and two of December,” he said. “Where in the past you typically ran until Christmas, I think the biggest days are just a couple of weeks ahead.”