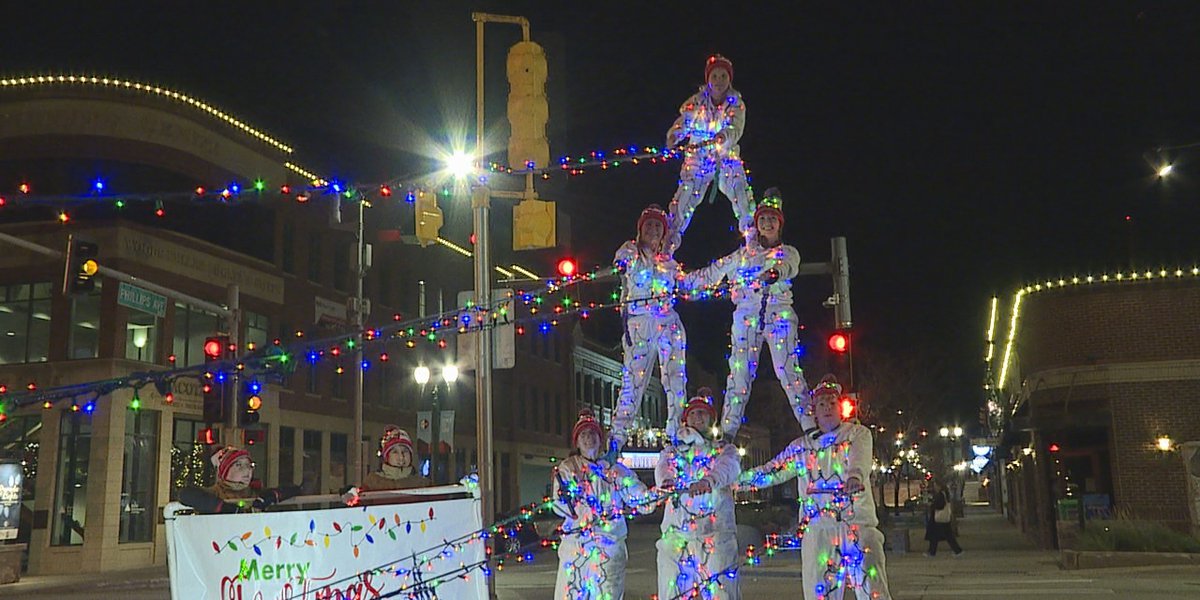 SIOUX FALLS, SD (Dakota News Now) – The Board of Directors of Downtown Sioux Falls, Inc. (DTSF) selected the junior and grand marshals for the 30th annual parade of lights.

Scherschligt undertook its first major downtown development, Cherapa Place, on the site of the old Zip Feed Tower. Cherapa began with a failed demolition attempt that made international headlines. The small setback ultimately led to an incredibly successful public-private partnership that resulted in Cherapa becoming the city’s first Gold LEED certified project and setting a new standard for environmental protection in Sioux Falls.

As a passionate advocate for the inner city and the environment, Scherschligt is always inspired to make a difference. Jeff is far from slowing down as he is currently developing the final stages of Cherapa Place on the site where the BNSF train yard once stood.

Jeff has served on several nonprofit boards and has received many awards for his community involvement. Scherschligt was inducted into the South Dakota Hall of Fame in 2017.

The Official Junior Grand Marshal is Arianna Farris, who has served the community with compassion and empathy through various service projects.

Arianna is 13 years old and lives in Sioux Falls. Each winter, she runs her own charitable project by making winter survival bags containing scarves, hats, gloves, hand warmers and protein bars, which she leaves at downtown bus stops for those in need. You will also find Arianna thanking soldiers and women and our law enforcement agencies for their service whenever possible. She always enjoys participating in service activities when she has time between her busy gym schedule and school.

“Arianna loves the elderly and those with diverse challenges, and she treats everyone around her with kindness and love,” said Mandy Farris, who submitted her junior grand marshal nomination.

The Grand Marshal and Junior Grand Marshal will lead the parade. Both marshals will also present two of the six float awards that will be presented during the Parade of Lights After Party & Award Ceremony at the Holiday Inn City Center following the parade. Six prizes are awarded to the floats at the end of the night, which are judged by members of the local community. The six awards are:

This year features over 60 entries featuring new cars and previous favorites. The 30th Parade of Lights, presented by First Bank & Trust, will take place on Friday, November 25, beginning at 7:30 p.m. on Phillips Avenue from 13th Street to 5th Street.

Street closures begin at 5:15 p.m. Phillips Avenue closes at 6:45 p.m. Parking in the city center is free from 5 p.m. on Friday. Visitors are asked to use the parking ramps. Refer to the image below for the parade route, parking lots, and ADA parking locations, or visit the DTSF website: Downtown Parking Info.