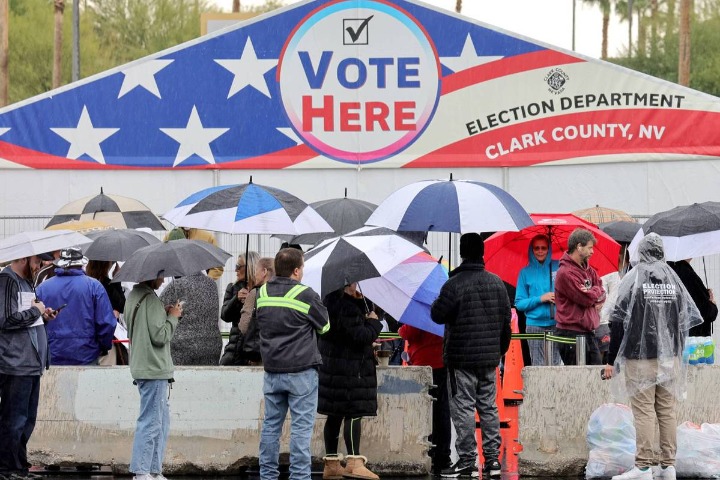 I remember traveling in February as a member of the Williams College varsity track team. We drove in a car caravan from the cold northwest of Massachusetts to the much warmer state of Florida. In Florida we planned to prepare for the upcoming track season. On our way south, we stopped at a gas station in South Carolina to fill up our gas tanks — and that’s when I came across the first separate toilets I’d ever seen in my life.

Later, as we got back on the road and continued south, it struck me that the separate toilets I had just encountered violated the US Constitution, which provided for a democracy upholding equal justice before the law.

But today there are now two trends that are undermining democracy in the United States. The problem of racism that I encountered as a college student in South Carolina is persistent and still exists. But there is a second source of inequality, and it stems from an economic asymmetry that is getting worse by the day.

In other words, middle- and lower-class families are experiencing an “economic bottleneck.” Worse, this bottleneck is the result of forces not always visible to them — such as inflation, changes in tax laws that now favor the ultra-rich, and inequitable funding of K-12 schools, to name a few. Neither the Democratic Party nor the Republican Party seek to address the harsh impact of such forces on the bottom 50 percent of the US population. This raises the question of whether the US has already lost its democracy.

In my opinion, the US last had representative democracy under President John F. Kennedy in the early 1960’s. Under Kennedy, there was a shift away from government spending on waging wars abroad, which benefited the elites who owned the military-industrial complex—and toward increased government spending on social programs that benefited the middle, working, and lower classes came.

But today, the combined effects of inflation, changes in tax laws, and underfunding of public education have undermined the representative quality of democracy, in which every vote should count and elected officials should listen to and address the needs of the majority.

This shift from a democracy that represents the needs and wants of the people to one that now puts the interests of the super-rich first is a clear sign that the representative quality of US democracy is long gone and left the train station. And if it is no longer “representative” then one could easily argue that the idea of ​​democracy no longer exists in the US.

What can be done to take back democracy in the US, and is it even possible? I would argue that the time has come for charitable foundations to fund and test new models that envision and uphold a new US democracy “by, for, and by the people.” Such a model would be far better than living under the twin evils of racial discrimination, which I encountered as a college student at a gas station in South Carolina, and today’s worsening economic asymmetry.

Gregory K. Tanaka is a former law school dean and bank president, and the author of Systemic Collapse and Renewal: How Race and Capital Came to Destroy Meaning and Civility in America and Foreshadow the Coming Economic Depression (New York: Peter Lang Publishing).

The opinions expressed here are those of the author and do not necessarily reflect the views of China Daily and the China Daily website.