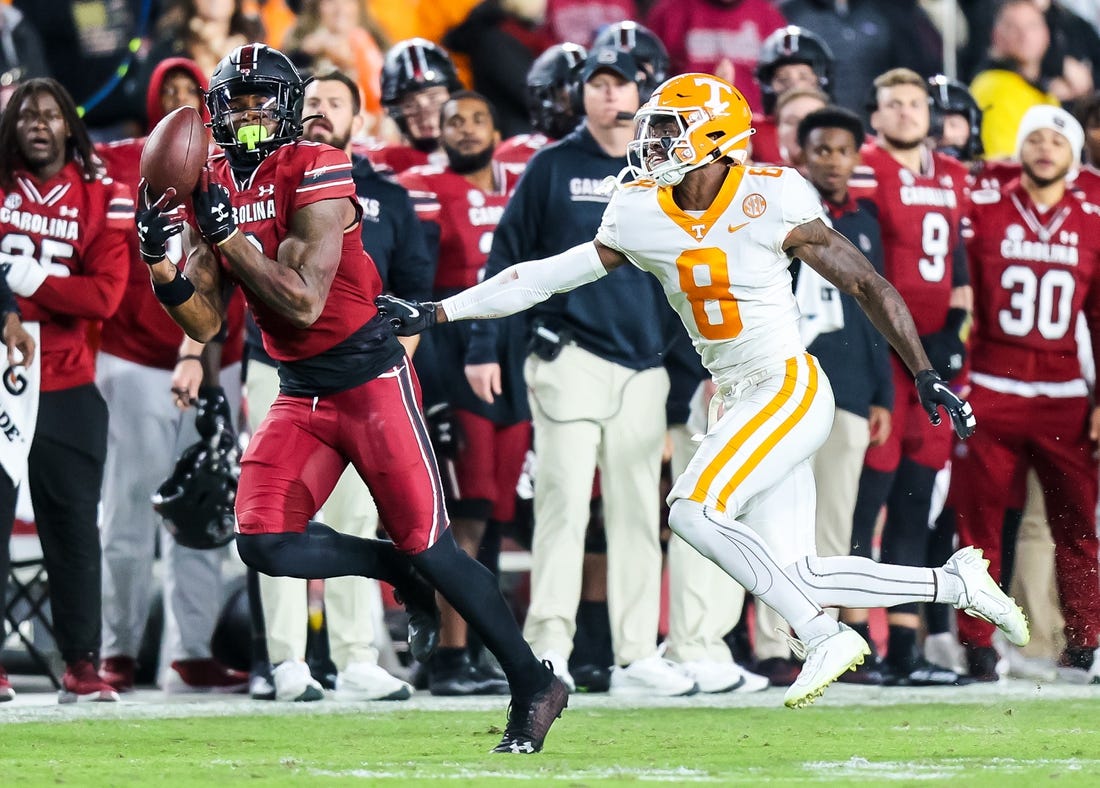 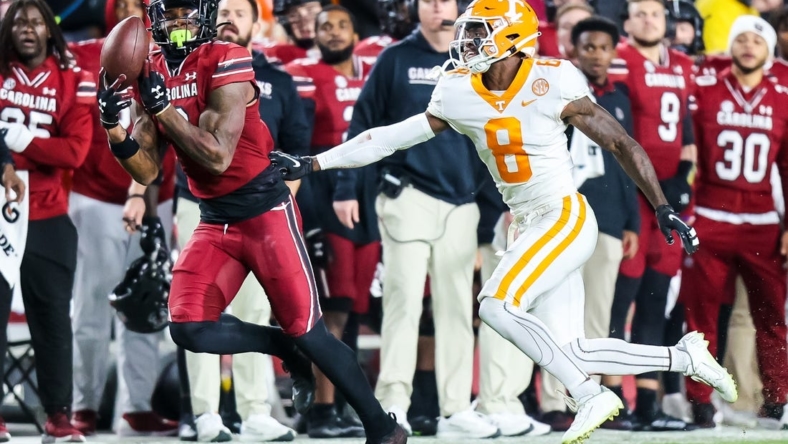 Spencer Rattler posted career bests of 438 yards and six touchdowns as South Carolina defeated Tennessee’s college football playoff hopes with a 63-38 win over the No. dealt a likely fatal blow to 5 volunteers

Heisman Trophy nominee Hendon Hooker was 25 of 42 passes for 247 yards and three touchdowns before heading to Tennessee with a left knee injury (9-2, 5-2). The Volunteers were outside of the top four CFP teams prior to the loss and will be relegated to the next ranking on Tuesday.

South Carolina’s total score was the highest against an SEC opponent since a 65-39 win over Mississippi State in 1995. The Gamecocks outscored the Volunteers 606-507.

Tennessee trailed 18 late in the first half but moved within 35-31 on Hooker’s 41-yard touchdown pass to Fant with 9:53 in the third quarter before the Gamecocks responded with four straight touchdowns.

Wells scored on a 3-yard run with 5:03 minutes remaining and Rattler threw a 2-yard scoring pass to Bell to make it 49-31 with 11:41 remaining in contention.

Hooker lost a fumble in the game he was injured, and Jordan Burch recovered at the Tennessee 17-yard line with 11:28 left. Almost two minutes later, Joyner scored 9:26 from the 3 to make it 56:31.

Rattler punctuated the win with a 20-yard scoring pass to Brooks with 2:06 remaining.

Rattler passed for 264 yards and four touchdowns as South Carolina led 35-24 at the break.

Rattler threw touchdown passes for 19 yards to Bell, 60 yards to Vann and 11 to McDowell in a first quarter that ended with the Gamecocks leading 21-7. Small hit on a 31-yard run for the Volunteers.

Vann’s second strike – from 18 yards – gave South Carolina a 35-17 lead with 2:04 left in the half. Hooker’s deflected pass was intercepted by McCoy for a 7-yard score with 12 seconds left when Tennessee moved within 11.