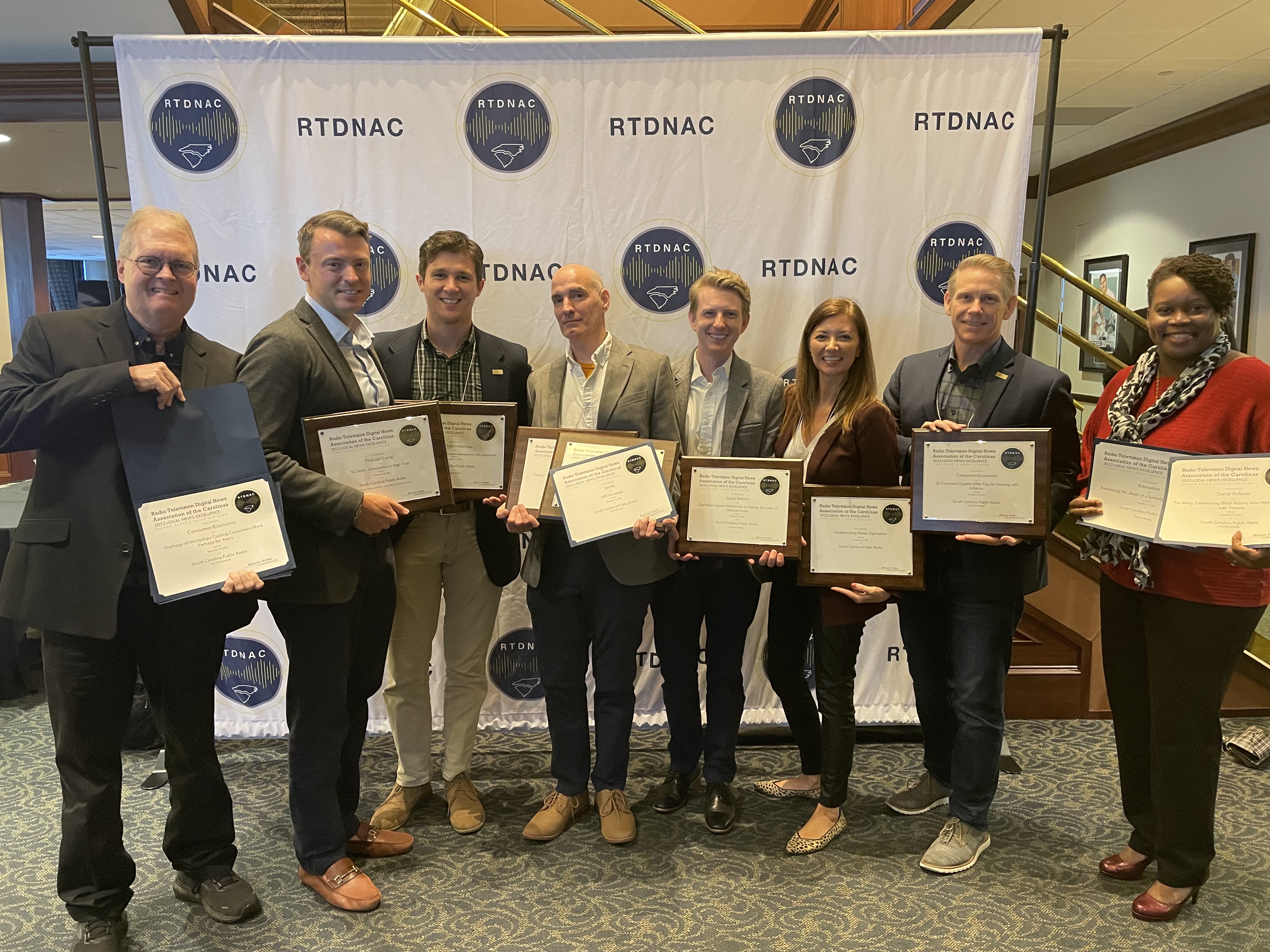 Annual awards recognize the best in broadcast journalism in the Carolinas

South Carolina ETV and Public Radio received 14 awards from the Radio Television Digital News Association of the Carolinas (RTDNAC) this past weekend. The winners of the 2022 RTDNAC Awards were announced at a luncheon on November 12 at Charlotte Motor Speedway.

The annual awards show brings together media professionals and journalism students to recognize their efforts in various categories.

RTDNAC recognized the network for its dedication to bringing radio news to listeners across the state and named SC Public Radio first place in the Outstanding News Operation category.

Below is a full list of SC Public Radio RTDNAC Award winners:

Radio Reporter of the Year

“As South Carolina’s statewide public media network, we strive to provide citizens with timely and accurate information. Every person and work recognized by RTDNAC is a testament to the hard work and dedication shown every day. I am very proud of the SC Public Radio team.” –SCETV President and CEO Anthony Padgett

“Here at SC Public Radio, we strive to inform, educate and entertain. The tracks winning these awards – which cover topics ranging from racial calculus in classical music to coastal communities addressing climate change to the growing popularity of Pickle Ball – represent the breadth of topics we are able to cover each week. We are proud to be recognized for our work and dedication to our audiences across the state of Palmetto.” – SC Public Radio director Sean Birch