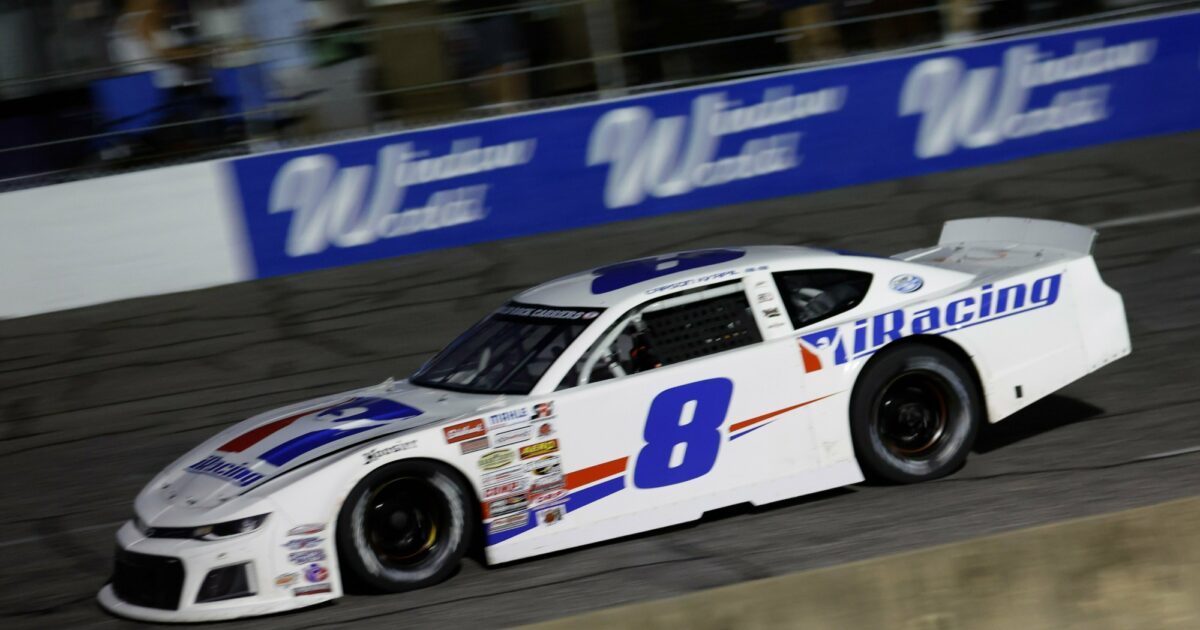 Kaden Honeycutt, driving for R&S Race Cars, focused on racing on Friday, picking up the same story as his competitors.

“It’s very different from that race last year,” said Honeycutt. “I feel like it’s lost even more grip, which is wild to say because it hasn’t had grip for five years anyway… but I have no doubt it’s going to be fun.”

There is a practice session on Saturday morning but most expect they will use this session for mock qualifying runs ahead of a time trial session which will see first 20 cars locked, a second lap with 10 more and then a final lap with the last 10 extra to two provisional starters.

There are 53 cars on the floor.

For the 42 who take the green flag, most of them are willing to flex tire-sparing muscles that are rarely used as there’s no surface on Earth that races like Florence’s.

“I love it because I grew up with Pensacola and that’s what I’ve been riding for the last five years,” Honeycutt said. “I feel like I’m on familiar ground. I know how it’s done. I don’t know if it’s going to be like last year, running three seconds behind the green flag, but we’ll see.”

“It depends on who the leader is and what pace they set and hopefully we are.”

JR Motorsports’ Carson Kvapil finished second to Majeski last year and on this old, rough surface led to many of the final results being fortunate.

“Nevertheless, I really enjoy this place, it’s just different,” said Kvapil. “But you have to be lucky, you really have to be lucky when you were about three seconds behind the pace. I say last year it was lucky because Majeski made up 10 places because he missed the crash and he was waiting to take his tires. Then it was 10 to go and you’re just holding on.

“But I really enjoy this type of racing, it’s different and fun, but you have to have more luck than speed.”

Unlike the first two years of the South Carolina 400, the race will be held in three stages instead of two with a halftime break, so Pierce believes this will add a new wrinkle to the different tire strategies.

“Carson is right about the luck, but I think at the end of these races you see the same guys up front because they know how to save and how to play the right strategies,” Pierce said. “Unless they were unlucky, the same guys were up front.

“In the Icebreaker, 400 and CARS Tour races, it’s us, the JR Motorsports cars, and then Ty. I’m excited. I’ve been circling this for a while, especially with the summer we had and what happened in Cumin and Martinsville.”

And then there’s the Dale Earnhardt Jr. element – with the two-time Daytona 500 winner and two-time Busch Grand National Series winner offering to say he had a good day of practice too.

“We would like to be a little faster,” said Earnhardt. “We fight hard. We want to get out of the corner better in Turn 4. One has to be patient to train to roll the floor around this spot. We need to get a little more out. We’re about a tenth to a half tenth behind Carson.

With that in mind, Pierce said he expects this race to be run by Earnhardt after finishing third behind Kvapil and Diaz at North Wilkesboro.

“He told us in Wilkesboro that he was worried about getting his butt kicked, but we’re not buying it this weekend,” Pierce said, laughing. “I haven’t heard him say it yet, but I know he knows his stuff around here too, so he’ll be hard to beat.”