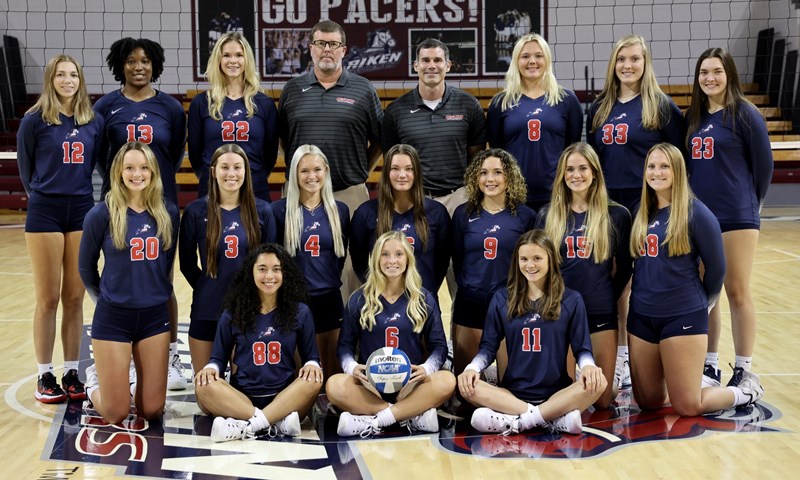 The Pacers end their season 19-14 while the Bulldogs (30-2) advance to the second round on Saturday night.

Trailing 4-1 in the first set, Lammers and Wroten combined a block. Two plays later, Izabella De Lima beat the Bulldogs and tied the set 4-4. 5-4 down, a mistake wiped out the score again. Holding Lammer’s serve, Sommer hit a kill for the team’s first lead home. Rodriguez and Sommer notched back-to-back kills before the dyad connected for a block. A Lammers kill increased the score to 10-5.

At 14:11, a serve error by the home team led to a four-point game. Two direct errors by the Bulldogs extended the lead to six, 17-11. After Wingate took a 21-20 lead, Barash found Rodriguez for a kill. The teams continued to trade points until it was 24-24. Cox’s team set up Lammers for murder. Barash led by a margin, betting Wroten on the thunderous kill and the 26-24 win.

At 12:12 in the second frame, Barash found Lammers for a kill. Two games later, another point from Lammers gave the visitors another point advantage. A 5-0 run by the Bulldogs in front 18-14. Wingate won the second set 25-17.

Cox’s group had an early lead in the third stanza. Lammers gave the Pacers a 2-1 lead. Rodriguez pulled off a kill for a 3-2 lead and a home team error made it 4-2. The teams continued to go back and forth until the set was tied at 10-10. Wingate slowly retired to the 25-18 win.

USC Aiken started the fourth set in attack. When the score was 2-2, Lammers triggered a run with a kill. Mercer confused the defense with an ace and an attacking mistake made it 5-2. With a 5-3 lead, Lammers again answered the bell with a kill before demolishing an ace for a 7-3 lead.