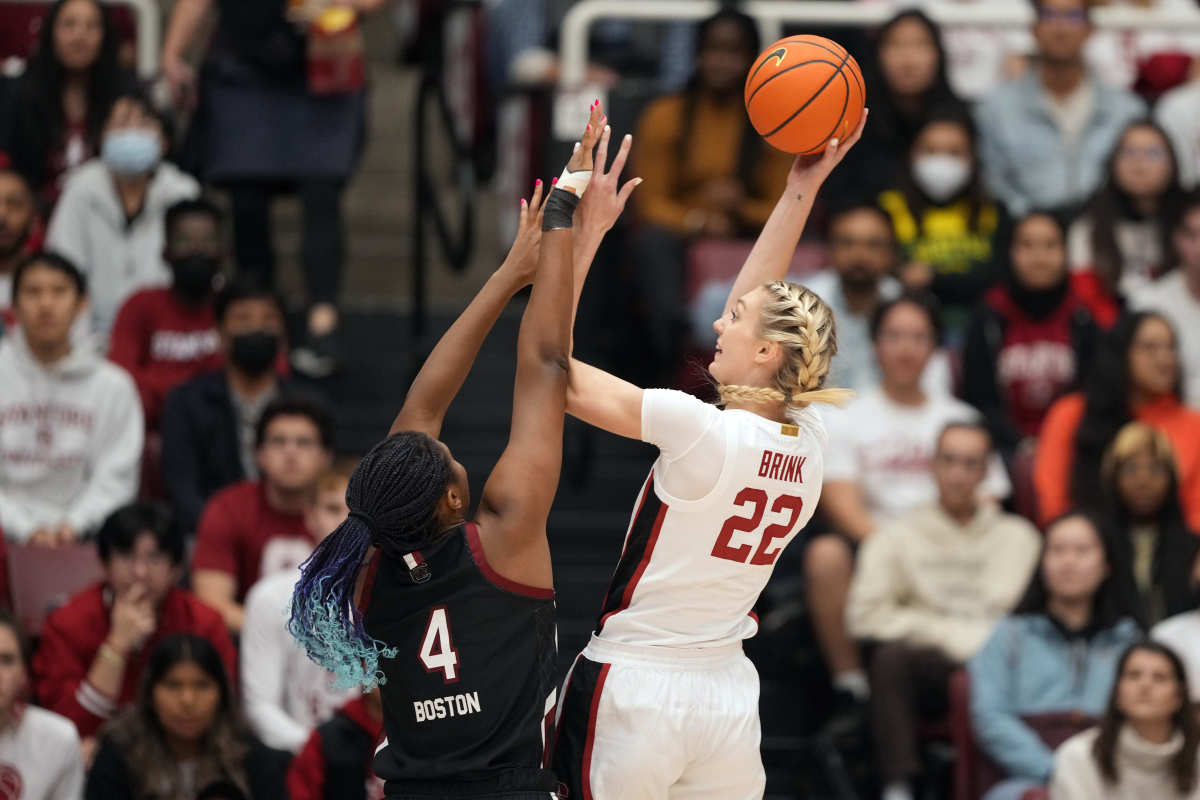 The Cardinal came out of the gate as hot as he could, trying to avenge December’s loss to No. 1 South Carolina in Columbia.

The Cardinal No. 2 welcomed defending champions Gamecoks to a packed arena in Palo Alto. Stanford grabbed a 10-point lead thanks to a dominant first quarter from star forward Cameron Brink, who bested South Carolina alone. Stanford also benefited greatly from Aliyah Boston being drawn early in the first half due to bad trouble.

Unfortunately for Stanford, the fact that Brink was in trouble was also a factor that helped get the Gamecocks back in the game. Despite a successful first quarter, Brink was limited to just one minute of play in the second quarter. Mind you, she had a spectacular assist in that one minute, but her absence was certainly felt as the Gamecocks began to gain momentum after looking inferior.

Early in the second half, Stanford held off South Carolina a little longer, but it was obvious that Dawn Staley’s group on the other bench hadn’t given up cutting the lead to just three points. Turnovers kept South Carolina in the game as the Cardinal kept giving away the ball, turning it over 22 times.

In the fourth quarter it became clear that Stanford was going to be quite difficult to win. The Cardinal went about halfway through the fourth quarter before even recording a single point, while South Carolina was able to bring the lead back down to three by this point in the game.

With 14 seconds remaining in the fourth, South Carolina Brea Beal drilled a three to level the game to one. Haley Jones then missed the first of two shots with 12.5 seconds left, which of course gave Boston a chance to level the game. Last year’s most outstanding player did just that, hitting a knight to send the game into overtime.

In overtime, Brink, who finished with 25 points, would face Boston, who finished with 14 points, but Stanford’s leading lady would foul when they needed her most. The cardinal got some big shots to stay in contention from Kiki Iriafen, who had 11 points that day, but it wasn’t enough.

With just five seconds left in the game and Stanford two behind. South Carolina’s Zia Cook missed her free throw, leading to an unfortunate Ode to Chris Webber by the aforementioned Iriafen after he returned the miss.

Instead of pushing the ball onto the pitch or throwing it to their outlet, Iriafen turned to the referee and yelled for a time-out. A great decision that would allow the Cardinal to work out a game at the last second to win by a draw, but the decision proved to be a major problem. Stanford actually didn’t have any downtime anymore.

South Carolina got two free throws due to technicality taking a time out without having one and would eventually win. Very surprising way for a Tara VanDerveer coached team to lose a game as it clearly appeared like only one player on the pitch knew what was happening and actually ran down the pitch after the rebound was secured.

There definitely seemed to be some crunch-time confusion today as there was also a costly 5-second injury from Jones when she failed to bring in the ball, costing Stanford a chance to attempt to win in the rule. The loss put Stanford on a 17-game winning streak at home as they now need to learn and progress. Next, they face off against the Florida Gulf Coast.

Also seen during the game were the custom-made jerseys worn by both coaches in honor of Britney Grinner, who is currently being held in a Russian prison while the United States works to get her out.