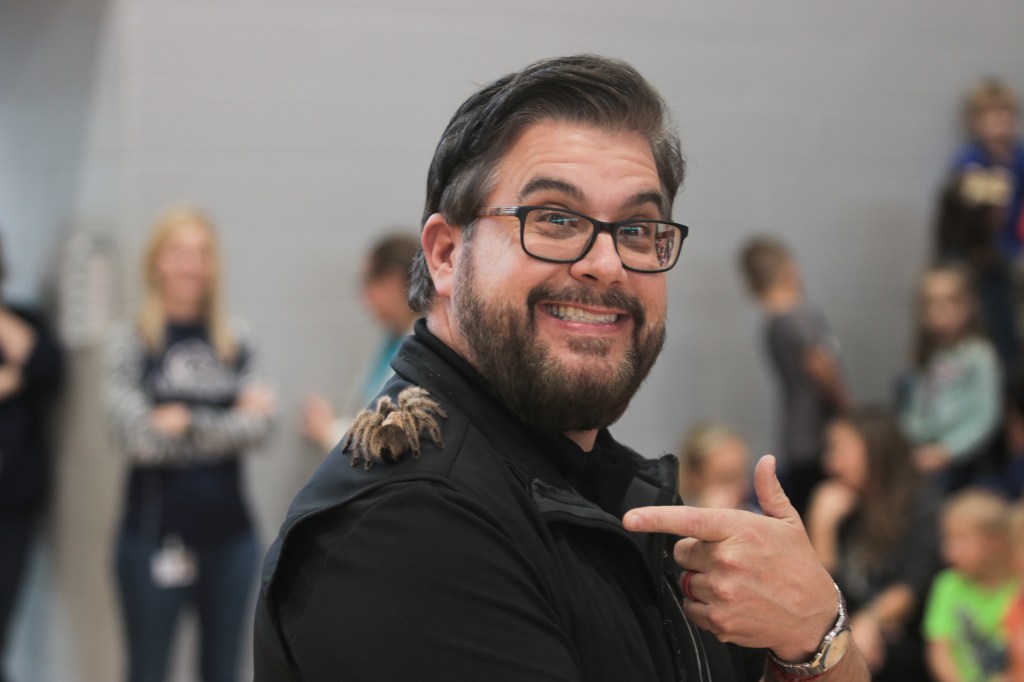 Students at Immanuel Lutheran School recently turned kindness into cash for their school as part of the Raise Craze program, with the added bonus of school and church leaders participating in unusual acts.

The Macomb Township School Parents and Teachers League chose to participate in their third Raise Craze fundraiser from October 26th to November 9th. This sponsors and encourages students to do good in the community.

Sara Thorpe is the school’s Senior Administrative Assistant as well as a parent. She co-ordinated Raise Craze at the Immanuel Lutheran School with PTL President James Rappaport and Sarah Rizzo. Thorpe explained that the PTL was chosen to host Raise Craze in the fall as they plan to fundraise for school auctions over the winter.

“This year, as always, we started it during a Wednesday church service to cheer the kids up and show them the incentives,” Thorpe said.

According to Thorpe, Raise Craze raised a total of $75,000 in 2022 and performed 3,000 acts of kindness. She said the money raised will be used for new lockers for students in grades 6-8, school security improvements and teaching supplies.

Raise Craze is a South Carolina-based company that provides schools and groups across the country with an online platform that allows students to raise funds for charities for others. Rather than being paid to be kind, the organization encourages students to thank others, whether they receive donations or not. Through an online platform, Raise Craze allows students to set up custom websites and request donations via email. At the end of the school or group fundraiser, Raise Craze calculates the total net dues, or the sum of Raise Craze’s fees and payment processing fees, less fees borne by donors through the Keep the Kindness Going program. If the total net charges are more than 10 percent, the company will refund the difference.

“You go to Raise Craze and pick the school. They have a choice, once they’re there, to choose an act of kindness,” Thorpe said.

Students could select acts of kindness from a suggested list or create their own ideas. One of the most popular acts chosen was writing positive notes that can be pinned to lockers, Thorpe said.

“Kids love to do anything for first responders and hospital workers, snacks or drinks, cards and things like that. A few children made placements. We run Meals on Wheels from here and one day they made placemats for delivery to people in their homes,” Thorpe said.

Students were encouraged to do as many kind gestures as possible. On average, individual Immanuel students did between 20 and 25 kind deeds.

Students used the Raise Craze platform to send emails to family and friends asking for donations. Donors were asked to provide as much money as possible to support student pledges of kind deeds.

“They sent emails from their dashboard in Raise Craze. They fill them out and email them to friends and family, they send an email link,” Thorpe said.

Students drop off funds raised through the website, but cash and checks are also accepted. Students at Immanuel Lutheran School were asked to set a personal goal and raise at least $100. The funds raised equaled a chance to enter raffles to win items like a bouncy castle or movie tickets, Thorpe said. This provided incentives for grade level groups such as preschool, K-2, 3-5 and 6-8, Thorpe confirmed.

Fundraisers conducted by staff during a November 11 gathering for students at Immanuel Lutheran School and the charity drive included:

Immanuel Lutheran Church Rev. Chad Foster carries a tarantula from the Reptarium at Utica.
Andrea Rogner, head of the preschool, agreed to being pricked in the face
Joel Neumeyer, principal of the Immanuel Lutheran School, became a “human hot dog” by wearing ketchup, relish, etc. in the costume

Thorpe said Rev. Nikolai Gibbons of the Immanuel Lutheran Church would be staying on the roof of the school on November 21, weather permitting.