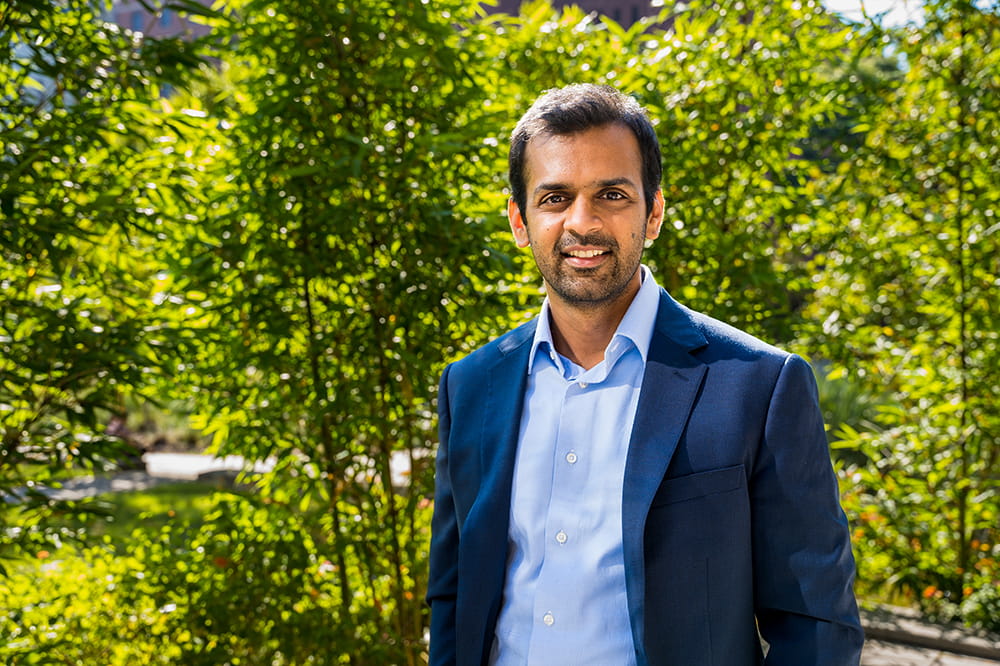 MUSC Hollings Cancer Center researcher Ashish Deshmukh, Ph.D., found a recent dramatic increase in the incidence of cervical cancer in women in their early 30s. This work was published in the Journal of the American Medical Association (JAMA) on November 21.

Cervical cancer is primarily linked to the human papillomavirus (HPV), and screening has made this cancer preventable. Still, it is estimated that over 14,000 new cases will be diagnosed and more than 4,000 deaths attributed to cervical cancer this year.

Deshmukh, who joined Hollings in August as co-lead of the Cancer Control program, focuses on cancer epidemiology and etiology research, building the evidence base for cancer prevention and working with stakeholders and policymakers to develop public policy and inform the practice.

“Unfortunately, in an age of general decline in cancer incidence, cancers caused by HPV are increasing.”


“For the past two years, we’ve been trying to understand why the steady decline in cervical cancer stopped in 2012 and why we’ve reached a critical tipping point,” Deshmukh said.

To gain a better understanding, Deshmukh and colleagues, including Hollings researcher Kalyani Sonawane, Ph.D., began the incidence of cervical cancer using the National Program of Cancer Registries (NPCR) from 2001 to 2019 and Surveillance Epidemiology and End Results (SEER) record. “This dataset includes cancer incidence data from all 50 states and covers over 98% of the US population. Using five-year cut-offs, we found that among women aged 30 to 34, the declining incidence rate of cervical cancer reversed for the first time,” said Deshmukh.

In 2012, the incidence of cervical cancer in women in their early 30s began increasing at 3% per year. “What’s very surprising is that rates have increased in non-Hispanic white women, Hispanic women, and other ethnic groups, but not in non-Hispanic black women,” Deshmukh said.

Cervical cancer screening rates have recently fallen dramatically in the United States, particularly among young women ages 21 to 29. “It is crucial to determine whether the increase in cervical cancer incidence in young women is due to the decline in screening rates in women aged 21 to 29 or to the introduction of more effective HPV tests in recent years. However, we know that we need future research to thoroughly understand this issue,” Deshmukh said.

The US urgently needs national campaigns and innovative ways to improve women’s cervical cancer screening uptake and adherence, Deshmukh said. He plans to continue investigating the reasons behind the recent increase in the incidence of cervical cancer.

As part of Hollings’ Cancer Control Program, research like this helps inform and raise awareness in cancer epidemiology and public health policy. As a general guide, women ages 21 to 29 are recommended to have a Pap smear every three years, and women ages 30 to 65 are recommended to either continue with a Pap smear every three years or transition to an HPV test or co-test, which uses a Pap smear and an HPV test every five years. Doctors may recommend routine screening after age 65 if a patient’s previous tests were abnormal.

Promotion of HPV vaccination, along with routine screening, is a critical strategy to reduce cervical cancer-related deaths. “The Hollings Cancer Center does a wonderful job of providing life-saving screening and immunizations to people across South Carolina. I expect the HPV vaccine truck and mobile health unit, which target rural communities to increase immunization and screening rates in underserved areas, will make a difference in South Carolina’s HPV-related cancer burden for decades to come.” said Deshmukh.