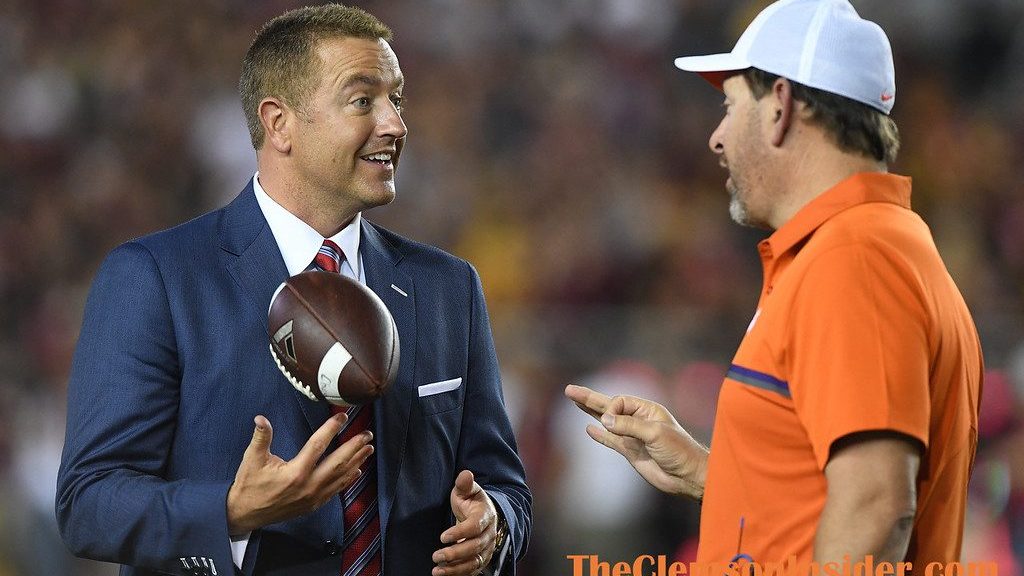 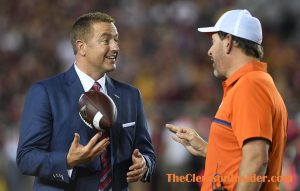 During ESPN’s college game day Show this morning, some of the analysts weighed in ninth-seeded Clemson (9-1, 7-0 ACC) and No. 13 North Carolina (9-1, 6-0) as they near their ACC championship clash game next month.

“To me you’re looking at North Carolina and at Clemson – they obviously aren’t playing today – but for me it’s about doing what you’re supposed to be doing, building momentum. It’s about collecting points,” said Kirk Herbstreit. “(UNC quarterback) Drake Maye will do his thing. They score 40 goals a game, ninth in the country. Put the playoffs aside – this is going to be one hell of a matchup when they, North Carolina and Clemson, collide in the ACC championship.

Clemson takes on Miami, of course, in Death Valley today (3:30 p.m. ESPN) before rounding out the regular season with the annual rivalry game against South Carolina.

Desmond Howard agreed with Herbstreit that the ACC title game should be a great duel.

“Absolutely,” he said. “What I need to see from Clemson is – Drake Maye, he’s a special talent, but his special talents are on display because the defense is terrible. I’ll have to see how the UNC defense handles the situation and make a few stops. Attack is good, I need better UNC defense.

The ACC Championship game is scheduled for Saturday, December 3 at Bank of America Stadium in Charlotte (8 p.m. ABC).

“Clemson, we don’t talk that much because they’re not in the top four, which I think is unusual in recent history, and they’ll still be on a collision course to win the ACC and who knows what that convo is will look like at the end of the season,” said Pat McAfee.

“But UNC, this is a game – hey, a lot of it is about how you look and everything, I’m learning that in this college world – Drake Maye wants to go to New York (to the Heisman Trophy ceremony) and do something, today is the day they have to put down the hammer and I think they will. I love this UNC team.”