The South Carolina Gamecocks stunned No. 5 Tennessee with touchdowns on all five drives in the first half, winning the fight for the SEC East by a record 63-38. For his school record against a top-five opponent and second-highest all-time against an SEC opponent, South Carolina (7-4) earned Cheez-It Bowl National Team of the Week honors for the weekend of 11-19 games selected by the Football Writers Association of America.

The press release is written by FWAA 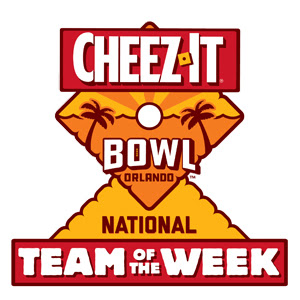 Spencer Rattler won the quarterback fight for South Carolina against the Vols Hendon hooker, who left the game with an injury in the fourth quarter. However, the Gamecocks had by then already thrown the contest behind Rattler’s career tag with 438 yards and five touchdowns. He was averaging 198 yards per game with nine interceptions and just eight touchdowns.

This is the fifth time South Carolina has received this honor from the FWAA, and the first since October 12, 2019, when the Gamecocks won in overtime in 2nd-ranked Georgia and for the first time in six seasons a Top 5 team defeated . The other weekly awards came in 2010 and twice in 2005. All Division I FBS and FCS schools are eligible.

Antwane Wells Jr. caught 11 passes for 177 yards and Josh Van and and Jaheim bell Each caught two touchdowns for South Carolina on an offense that finished the night 11th in the SEC in total offense (355.2). The Gamecocks surpassed their 355.2 yards average for 606 yards total and led 35-24 at halftime. Their defense included Hooker at 247 passing yards and three TDs before his injury.

South Carolina plays at in-state rival and No. 9 Clemson on Saturday afternoon ET on ABC. The Tigers have won seven straight games in the series.

This is the 21st season the FWAA has selected a national team of the week. Each winning team will receive a custom Cheez-It “Care Package” along with a hand-made game ball made in America by Dallas-based Big Game USA, the nation’s premier manufacturer of custom soccer balls.