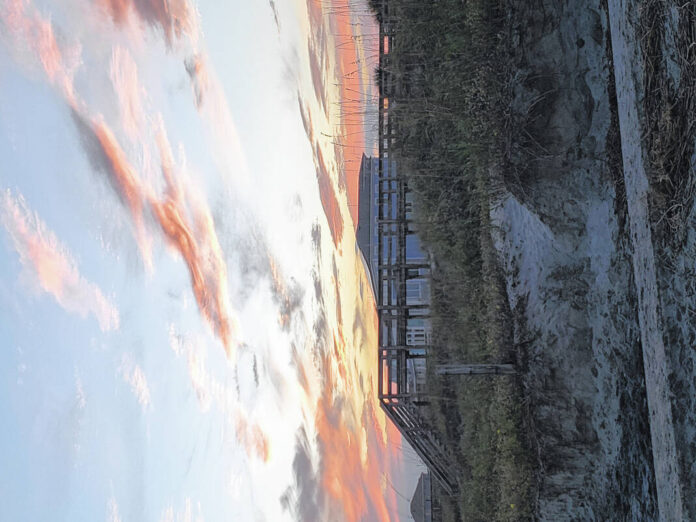 If you live in March and are planning for October, it seems like you have plenty of time – a whole summer, actually – to plan your itinerary. It’s amazing how quickly summer goes by!

But my daughter-in-law was there! She and my son Ben had reserved an Air B&B in Folly Beach, South Carolina in March when they invited us to join them.

So in September I started planning our part of the trip. My husband and I decided to leave a few days early and head east to Virginia to see a part of the country we had never seen. We set out and traveled through Columbus, Ohio and Charleston, West Virginia before arriving in our third state capital, Richmond, Virginia. Richmond abounds in both Civil War and Revolutionary War history. There we visited Maggie Walker’s remarkably well-preserved house. She was an extraordinary African American woman who became a social leader in Richmond at the turn of the 20th century. This particular home is unique in that it has been in the hands of her family since her death in 1934. While most surviving homes operated by the National Park Service do their best to decorate historic homes with antique furniture, everything in this home was actually owned by Maggie and her family. She was the first African American woman to found a bank in the United States and the first woman to serve as president of a bank in the United States

We also visited a Confederate Civil War hospital now maintained and operated by the National Park Service. As we navigated the streets of Richmond, we passed St. John’s Church, where Patrick Henry delivered his most famous speech (“Give me liberty or give me death!”) at the 2nd Virginia Convention in 1775. After our time in the city, we drove to Yorktown where General George Washington and French General Rochambeau defeated the British to win American independence. “The world is upside down,” says the musical “Hamilton.”

After Richmond we headed east to Newport News, Virginia on the Chesapeake Bay. The further east we went, the heavier the traffic got. Newport News, Norfolk and Virginia Beach are just 130 miles south of Washington, DC.

From Virginia we then drove south on I-95 to South Carolina. At home, the days had gotten a little cooler and temperatures dropped into the 30s at night. We found summer again in this part of the country. On a Sunday afternoon we drove to the Charleston, South Carolina area. The sky was blue and having been to this area before we were able to take the time to admire the architecture and wonderful old world charm of this great city. Just below Charleston we drove out to Folly Beach.

Folly Beach is an island community with a diverse and laid-back vibe. As a residential island, Folly is a natural habitat for all kinds of creatures. It is a breeding beach for camp turtles. Lighting ordinances are in place every October and November to ensure the newly hatched turtles are only attracted to the moon as the brightest light source. This allows them to navigate toward the ocean.

We saw pelicans, sandpipers and seabirds of all kinds as we walked and drove the island’s trails and roads. One day while swimming, our granddaughters saw dolphins just offshore.

We stayed in an AirBnB. The entire upper floor of a renovated house belonged to the six of us for four wonderful days. There were four bedrooms, a living area, an enclosed porch with three sofas, and a full kitchen with a dining table large enough to comfortably seat 8 people. Shared with the two apartments below us was a courtyard with two sand showers, a tiki bar, tables and chairs, and a hammock. As we walked down the stairs to leave the house, we only had to walk about 50 meters to literally be on the water! We paid close attention to the tide times as the high tide made it almost impossible for us to be on the beach. Luckily Ebbe offered plenty of playtime and space for the youngest to the oldest of us.

The town of Folly Beach is a typical seaside resort. Vendors of beachwear, beach toys and jewelry line the main street, interspersed with bistros and small local restaurants. One day we rented a golf cart so we could ride around town for as long as we wanted. Our youngest granddaughter Violet was delighted to discover ice cream at a local convenience store called Bert’s.

One of our excursion days took us to Charleston – only 20 minutes away. We spent part of the day riding a horse drawn train wagon. Our tour guide obviously enjoyed sharing the rich history of the part of Charleston we drove through. His stories included ghastly ghost stories from the old prison house, built circa 1802 and in use until 1939. This prison housed union officers during the Civil War and other notorious criminals throughout its long history. However, according to the tour guide, no one was more notorious than these union officers. His storytelling occasionally gave way to a pro-Southern rhetoric that made us chuckle and wince a little. It is precisely this kind of social interaction that makes travel so enlightening for us.

After four days in our beautiful southern surroundings, we said goodbye and headed home. The change in October foliage after just one week was amazing! On the way to Columbia, South Carolina (our fourth capital of this trip!) we marveled at the yellow, rust, orange and red colors of the Appalachian Mountains.

As we crossed the Ohio River back to our home state, we were thankful for a safe journey. It’s always good to be back home!

Jan and Darrell Campbell live in the Lima area. The trip described in this article was undertaken from October 7th to 15th, 2022.