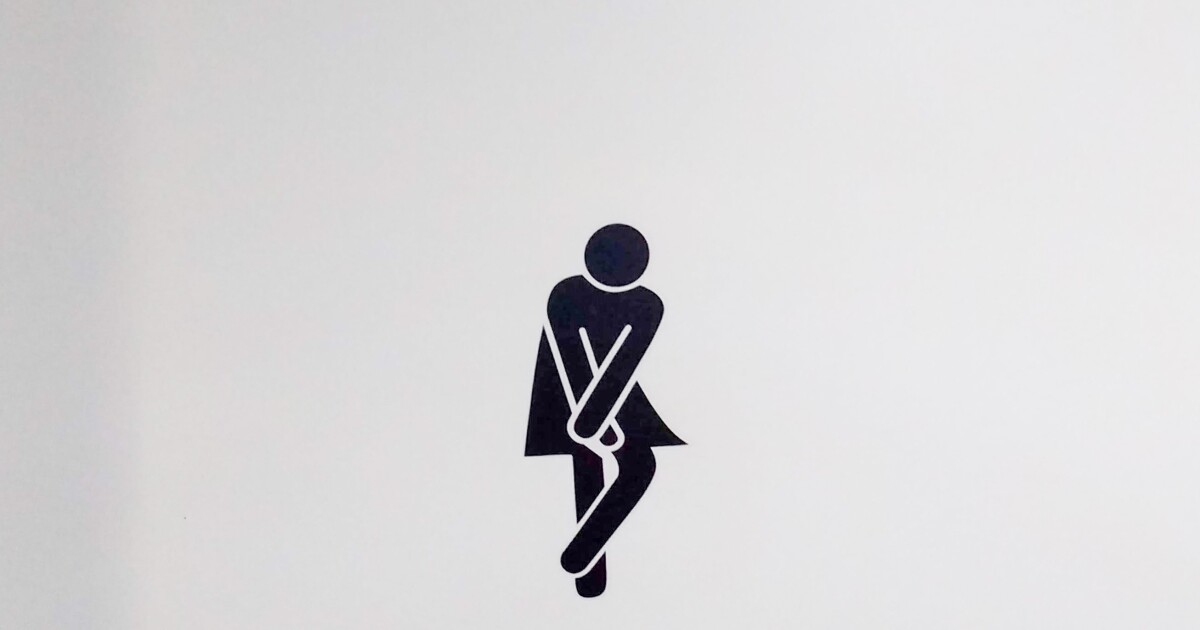 I called a professor specializing in hygiene to talk to him about World Toilet Day.

He said, “You’re asking about my favorite pastime – interior installations.”

Yes, Kellogg Schwab, a professor at the Johns Hopkins Bloomberg School of Public Health who specializes in wastewater contamination, gave me no choice. I had to ask: Why is it your favorite thing?

Here’s what he said: “Close your eyes and imagine you’re on the 6th floorth Floor of the 9-story building where I work with 2,500 students and 800 faculty when full. And imagine if there were no indoor plumbing and you had to defecate immediately and have to go down six flights of stairs and out… and maybe even throw in a quarter to use a loo that might be a hole in the floor. One: would you make it? Second, would you even want that?”

He convinced me. Indoor installations are quite amazing.

And while clean indoor toilets are ubiquitous in many parts of the world — we just take them for granted — for large numbers of Earthlings, they are an impossible dream. The United Nations reports that 3.6 billion people do not have access to a safe and effective toilet. And 673 million engage in what’s known as ‘loose bowel movements’ – squatting outdoors, according to a joint WHO and Unicef ​​report.

And then there is the “flying toilet”.

Jane Otai, an advocate for safe toilets in schools in Kenya and program manager for the Empowered Girls Initiative, explains: “The Mathare slums have public toilets shared by around 100 people per toilet block. These toilets are so dirty, never washed and the walls are “painted” with human feces. Due to this poor condition of the toilets, many people choose to empty their stool into plastic bags and throw them at night where they end up. This will known as the flying toilet.

“You can find these in alleys and ditches, while some end up on the roofs of buildings. Some of the flying toilets find their way into the Nairobi River, which is the only source of water for residents who cannot afford to pay for the water sold by vendors. It’s a horrible sight and stench.”

And if feces aren’t treated to remove pathogens, they can spread diarrhea and other diseases.

The health problems resulting from the lack of sanitary toilets are exacerbated when there is no running water to wash hands.

“I don’t want you making my sandwich with contaminated hands,” says Schwab.

So toilets are serious business. When the UN formulated its “Millennium Goals” in 2000, one of them was: “Access to adequate sanitation, including toilets or latrines” by 2015. We didn’t make it.

Now the UN Sustainable Development Goals are calling for safe toilets for everyone by 2030. And experts agree: We won’t make it here either. “We’re seeing success, but not at the pace and scale that we need,” said Hope Randall, a spokesperson for the Defeat Diarrheal Disease (DefeatDD) initiative at the health nonprofit PATH.

World Toilet Day, created by the UN in 2013 and taking place on November 19, aims to draw attention to the toilet shortages of our planet.

Schwab has another idea to bring the issue of toilet inequality to the fore: Talk S****.

“We still have a hard time saying it, but we need to talk about s***. My medical colleagues say that ‘s***’ is not a negative word. The idea is, ‘s***’ is a word that will make people sit up and take notice.”

He has an argument. If Schwab asked you to google “faecal matter flowcharts” to see where waste begins, including how much is treated to address health threats and how much is not treated, you’d probably just yawn.

But when he suggested I google “s*** flowcharts for cities”… I got straight to the point. And has been bombarded with more than 2.4 million results and a great definition of a *** flowchart from Wikipedia: “A high-level engineering drawing used to show how excrement moves through a place… The diagram has a special focus on the treatment of the waste and its ultimate disposal or use. SFDs are most commonly used in developing countries.”

So yes, words can make you think about toilets.

Humor can do it too. “Playfulness helps people engage in conversations. I don’t think it makes them cheaper,” says Randall. “In my experience, once you’ve attracted people to something that makes them laugh, you can move on to a serious conversation.”

(Editor’s note: That’s why we’re illustrating this story with restroom signs. They can be pretty funny.)

But toilet signs can also be frustrating.

The signs that call for “no open turd” — well, as Otai puts it, if there’s nowhere to go, what’s the point? She would rather see a “Please use this facility” sign next to a clean, well-lit public restroom. And it should be free. Some public toilets in Kenya charge 5 Kenyan shillings – about 4 US cents. For a poor family in a Kenyan slum with, say, five children, that could be a deal breaker.

Then there’s the launch of a new…err…character this year. Her name is Poo Guru. She is the brainchild of the Defeat Diarrheal Disease (DefeatDD) initiative at PATH. The goal of this brown cartoon character is to educate the world about the need for many, many, many more toilets.

They made Poo Guru a woman because the UN and other sanitation specialists agree that because of their menstrual needs, women and girls suffer more from toilet shortages and are more prone to sexual violence when defecating outside, especially in the dark.

And while Poo Guru is just an animated character spreading positive hygiene messages at this point, there’s hope that she’ll make an appearance at conferences — as a statue of sorts. And wear a sticker that says, “I talk s***.”