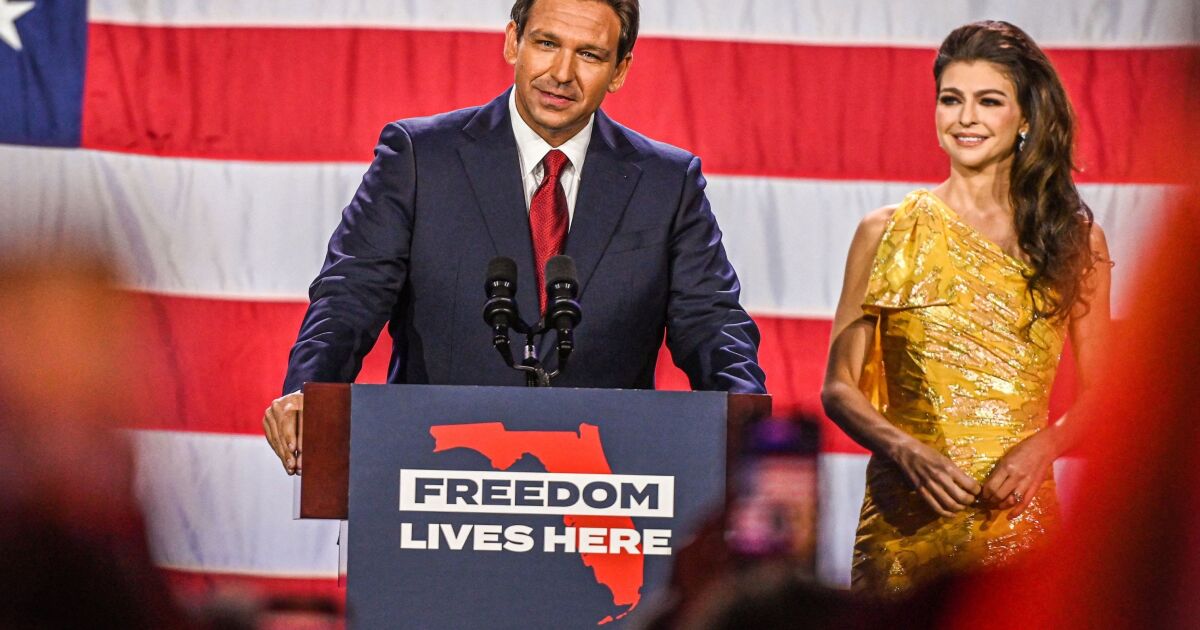 A federal judge in Florida partially blocked a law championed by Gov. Ron DeSantis aimed at restricting discussion of racism and privilege in schools and workplace training.

In a 139-page order issued Thursday, U.S. District Judge for Tallahassee Mark Walker condemned the Republican-led law and prevented it from going into effect at the state’s public universities.

“The state of Florida’s decision as to which viewpoints are worth highlighting and which must remain shadowed has implications for all of us,” Walker wrote. “But the First Amendment doesn’t allow the state of Florida to muzzle its university professors, impose its own orthodoxy of viewpoints, and keep us all in the dark.”

The law, previously known as the Stop WOKE Act — the acronym standing for Wrongs to Our Kids and Employees — is now known as the Individual Freedom Act. DeSantis signed the bill into law this spring; it initially came into force in July.

The bill prohibits schools and workplaces from teaching anything that suggests that an individual because of their race, color, gender, or national origin has “responsibility, guilt, fear, or other forms of psychological distress” as a result of historical acts. of racism. The law also prohibits education or training that says individuals are “privileged or oppressed” because of race or sex.

Critics say the bill aims to prevent schools and workplaces from discussing racism. In August, a group of eight Florida professors sued representatives of the state higher education system over the bill, calling the legislation “racially motivated censorship” aimed at “stifling widespread calls to discuss, investigate and address systemic inequalities.”

Critical Race Theory is a decades-old academic framework that examines how racism helped shape institutions and traditions that exist today.

The idea was once limited to law school seminars. But in the past two years, the term has become a catch-all term for a variety of conservative bugaboos: diversity training in the workplace, protests against police brutality and high school history classes.

DeSantis began pushing for the bill last December. “In Florida, we take a stand against the state-sanctioned racism that is critical race theory,” he said in a press release announcing the proposal. “We will not allow Florida tax dollars to be spent on teaching children to hate our country or hate one another.”

The bill is one of the state legislature’s most strident contributions to the conservative culture wars over schools. The Florida legislature passed it along with the Parental Rights in Education Act, dubbed by critics the “Don’t Say Gay” law, which bans kindergarten through third grade teaching that involves sexual orientation or gender identity.

In his order, Judge Walker, an Obama appointee, began by reciting the first sentence 1984George Orwell’s novel about life under a futuristic totalitarian government.

“‘It was a bright, cold April day and the clock struck thirteen, and officials in Florida’s public university system have declared that the state has full authority to muzzle its professors in the name of ‘liberty,'” so the judges wrote. “It’s downright dystopian.”

Thursday’s ruling is the second legal setback for the law. An August ruling, also by Walker, blocked another portion of the bill targeting diversity practices in the workplace. The law faces another challenge from K-12 teachers.

The DeSantis office is expected to appeal the decision.