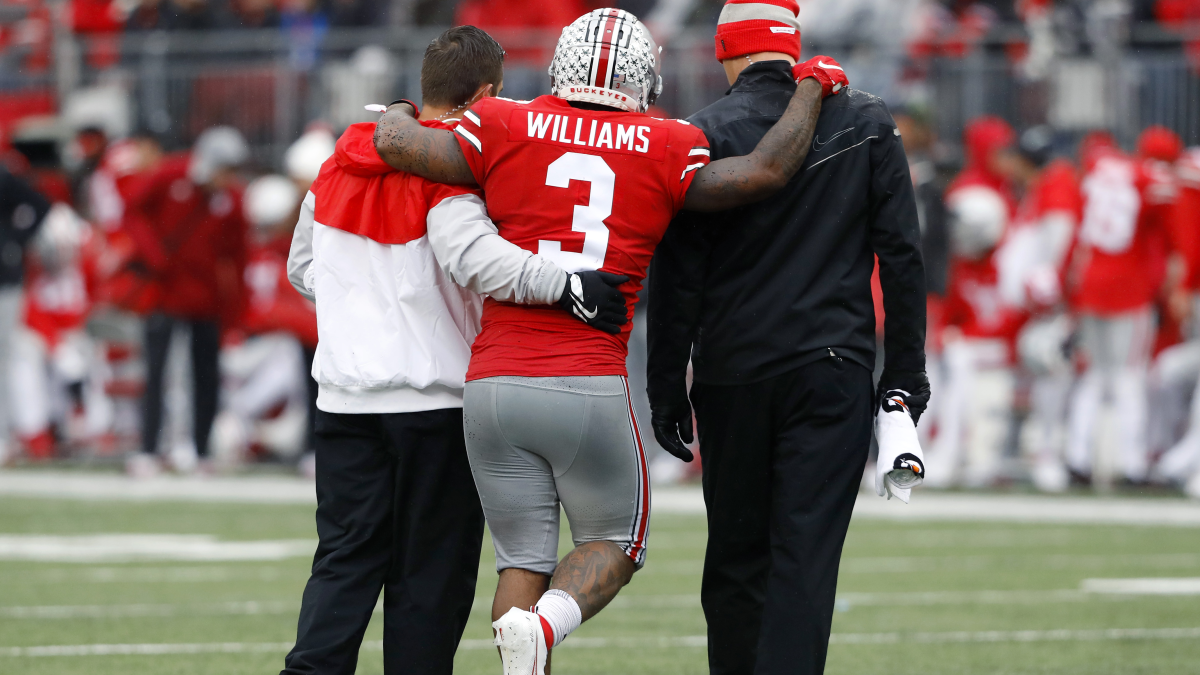 Ohio State is running backwards Miyan Williams and wide receiver Jaxon Smith-Njigba are among nine players unavailable for Saturday’s game in Maryland, which kicks off at 3:30 p.m. on ABC.

Williams suffered an apparent right ankle injury in the second quarter of last week’s win over Indiana. He was carted off the field and spotted in a hiking boot on crutches in the second half.

Williams’ absence is made easier by the fact that both TreVeyon Henderson and Chip Trayanum will be available on Saturday as a replacement for the head coach ryan day‘s statement that he expects at least two of the three back this week.

More news from Sports Illustrated: College Football Schedule | TCU could be the only protection from a Power 2 playoff picture | What a 12-team playoff would look like after week 11 | ESPN’s College GameDay heads to the state of Montana for week 12

Offensive tackle Dawand Jones will also be back after being a game-time decider and ultimately a late scrape against the Hoosiers. Smith-Njigba, meanwhile, will remain sidelined with an ongoing hamstring injury.

“I wouldn’t say ‘expected,'” Day said when asked if he expected Smith-Njigba to play again this season. “I would probably say ‘hope’ more, but there is no (other) update at this point.”

The full list of players unavailable for Saturday’s game against the Terrapins is below:

Get your Ohio State football tickets from SI Tickets. also bBe sure to check out our new message boards, Buckeye Forums. We’d love to include you in the conversations throughout the season.

Ohio State does not “hope”, “expect” Jaxon Smith-Njigba to return

Be sure to stay locked in BuckeyesNow the whole time!