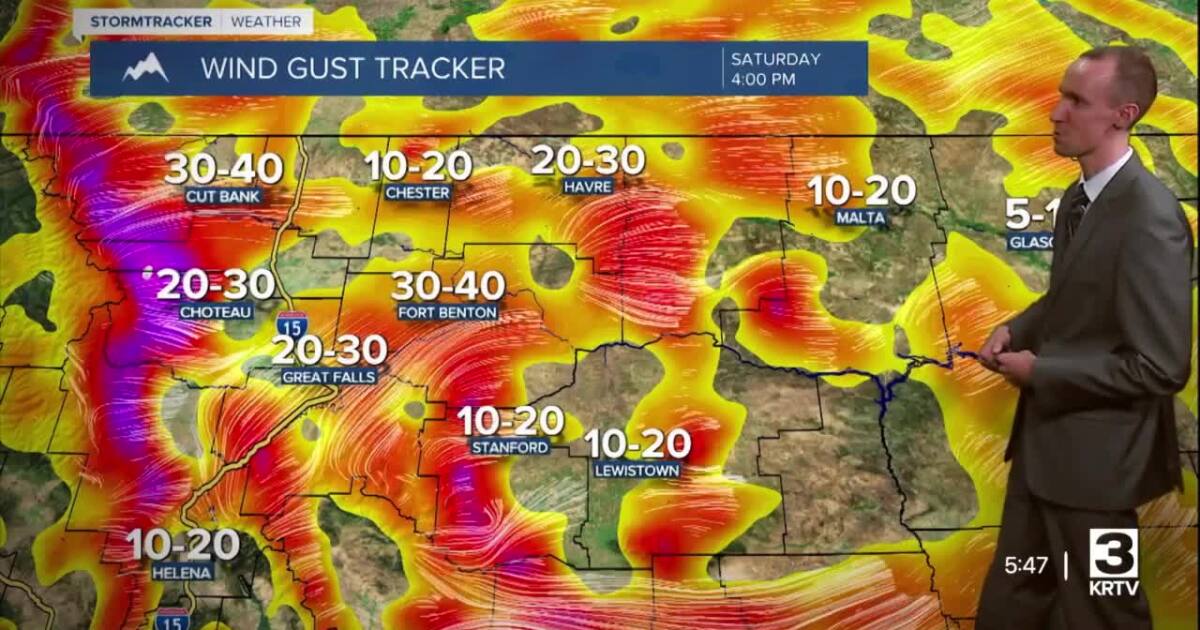 A WINDCHILL NOTICE is in effect for portions of central and southwestern Montana through 11:00 am Saturday. Wind chills can go as low as 20 to 25 degrees below zero.

A LAKE WIND ADVISORY is in effect for Fort Peck Lake through Friday 11:00 p.m. Sustained wind speeds will range between 15 and 30mph and gusts of up to 40mph will be possible at times.

Winds will ease tonight in locations east of I-15 and winds will pick up later tonight in locations around and west of I-15. This wind will mean wind chills will be much in the sub-zero single digits tonight so make sure you dress if you’ll be out at all. It’ll be chilly again tonight, although not quite as cold as last night as lows will generally be in the single digits and above zero in the low teens. We will have mostly clear skies tonight as well.

On Monday we will have partly to mostly cloudy skies and mostly dry conditions. Monday is also set to be chilly and windy as highs will be in the 30s and sustained winds will range between 10 and 25mph.

Near average temperatures are also forecast for Tuesday and Wednesday as highs will be in the mid to high 30s and lows in the mid 40s. We will also have gusty winds on these two days but especially on Tuesday as sustained wind speeds will be between 10 and 30km/h with gusts of over 40km/h possible at times.

On Thanksgiving we will have gusty to strong winds as sustained winds will range between 15 and 35 mph and gusts of up to 50 mph will be possible at times. We will also have mostly cloudy skies, mainly dry conditions and mild temperatures on Thanksgiving as highs will be in the 40’s.