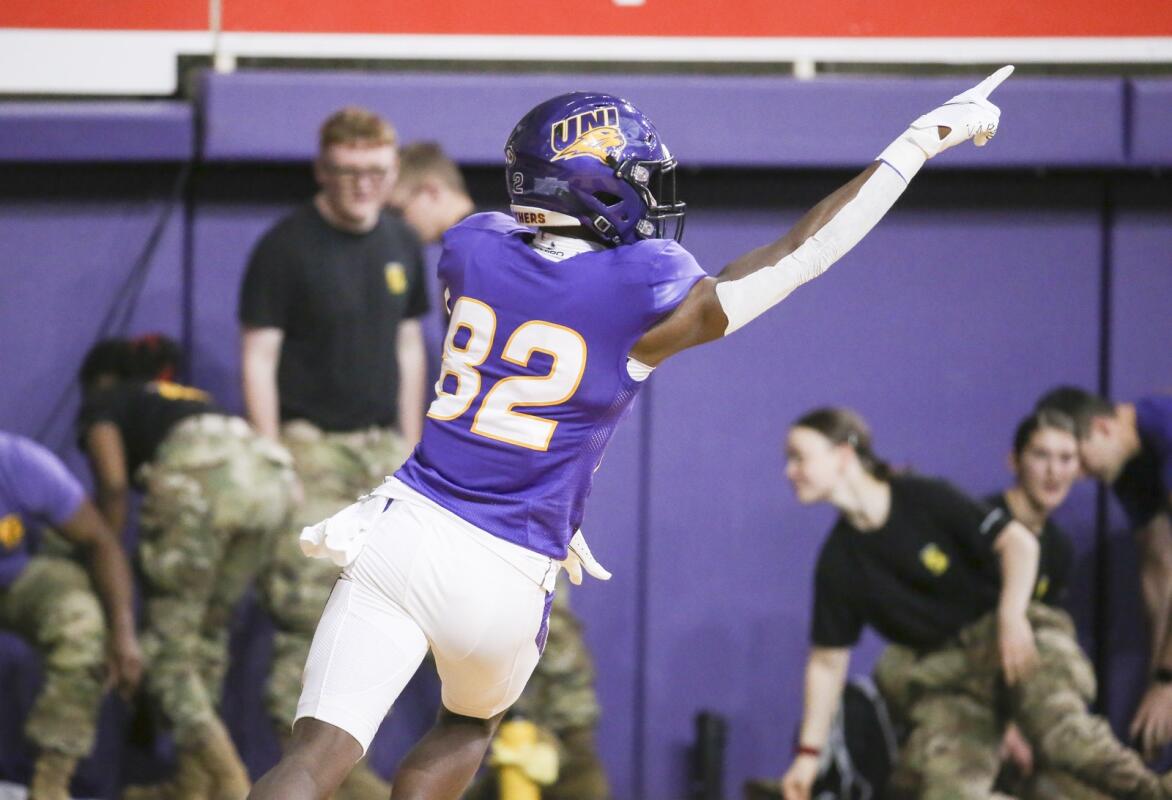 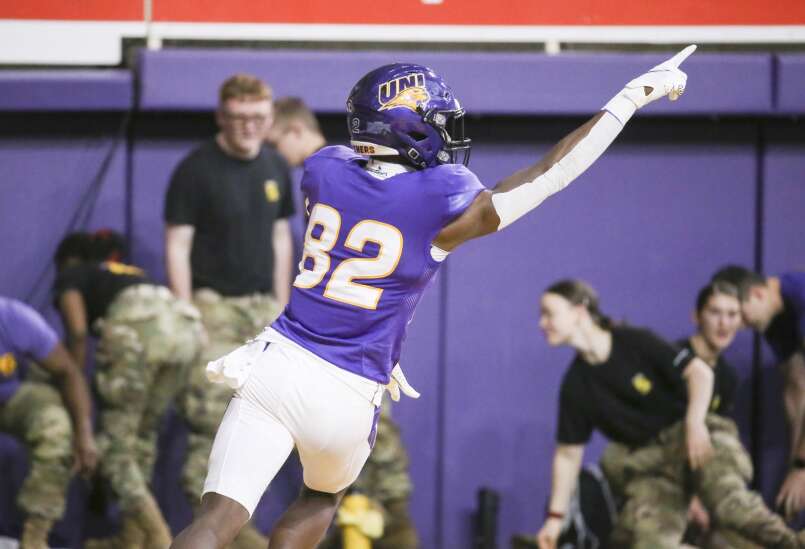 With one last chance to speak before the FCS Playoff Selection Committee, Northern Iowa did it with a few exclamation marks.

UNI defeated South Dakota 58-14 on Saturday at the DakotaDome in Vermillion, SD to finish the regular season 6-5 overall and 5-3 at the Missouri Valley Football Conference.

“We knew we had to come out early in this game and start fast,” UNI linebacker Bryce Flater said after the KXEL postgame. “We had to step on the gas. To make the playoffs, we knew we had to blow these guys out.”

The Panthers took a 49-7 lead at halftime and raked in 303 passing yards in the first 30 minutes. UNI quarterback Theo Day had five touchdown passes and a 3-yard rushing TD by halftime.

The day ended with 21 of 30 passes for 380 yards and five touchdowns, both new single-game highs for the Michigan State transfer. Sergio Morancy led receivers with four catches for 135 yards. He caught a touchdown; the others went to Sam Snow, Layne Pryor, Noah Abbott and Quan Hampton.

Matthew Cook scored three field goals in the second half.

“I love kicking PATs,” Cook said in the aftermath. “I was a bit gassed in the first quarter. It was great to see that attack roll.”

Woo Governor had an interception and Ben Belken – replacing the injured Spencer Cuvelier – led the defense with eight tackles.

The UNI defense forced the Coyotes on five three-and-off series to open the game, plus interceptions.

“Defensively we stopped the run, we got some turnovers, we got some big hits,” Farley said. “Hit as we should hit.”

The FCS selection show takes place on Sunday at 11:30 am on ESPNU. 24 teams qualify. UNI has qualified 22 times, the second most of any FCS program (Montana).

“Who knows?” said Farley. “I think it’s a long road. What had to happen happened.

“I am convinced that they will take four from this league.”