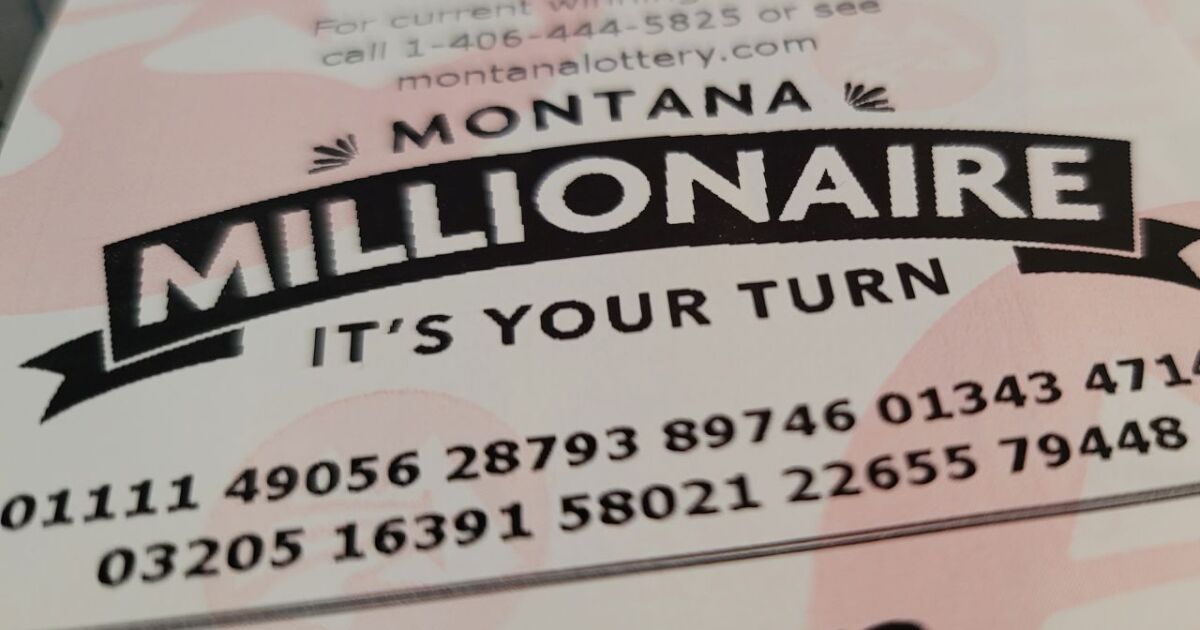 The Montana Lottery will be conducting an early bird drawing for a grand prize at its annual Montana Millionaire event on Friday, November 25, 2022.

The Montana Lottery holds two such “early bird” drawings each year prior to the grand prize drawing at the end of the year.

We will post an update once the winning $100,000 ticket is announced.

(NOVEMBER 2, 2022) The Montana Lottery’s Montana Millionaire is back. If the first few hours of sales are any indication, they’re on their way to another record year.

The 280,000 tickets went on sale on Tuesday, November 1, 2022 at many convenience stores, gas stations and grocery stores.

Last year the tickets were sold out within six days.

Tickets are selling even faster this year – at 6am on Wednesday there were only 50,437 tickets left. (UPDATE) As of Wednesday, 10:34 a.m., all tickets have been sold.

The Montana Lottery said this year’s Montana Millionaire will again feature $2 million in top prizes this year. A second prize of $100,000 was added to the final raffle.

“I mean I had a customer asking for five tickets and as a result of only printing five tickets there was a gap of at least 160 numbers between them. So that’s how fast they’re selling,” said Patrick Brewer, manager at The Man Store in Helena.

Some customers had plans for their hoped-for jackpot.

“I would get rid of my debt and probably retire,” Steve Lang said.

“Well, I want to get rich and retire,” said Rex Walsh.

Last year’s two multi-million dollar winning tickets were sold in Butte and Missoula. Due to a change in law, the Montana Lottery is no longer permitted to publish the names of Montana Millionaire winners unless they have given their consent.