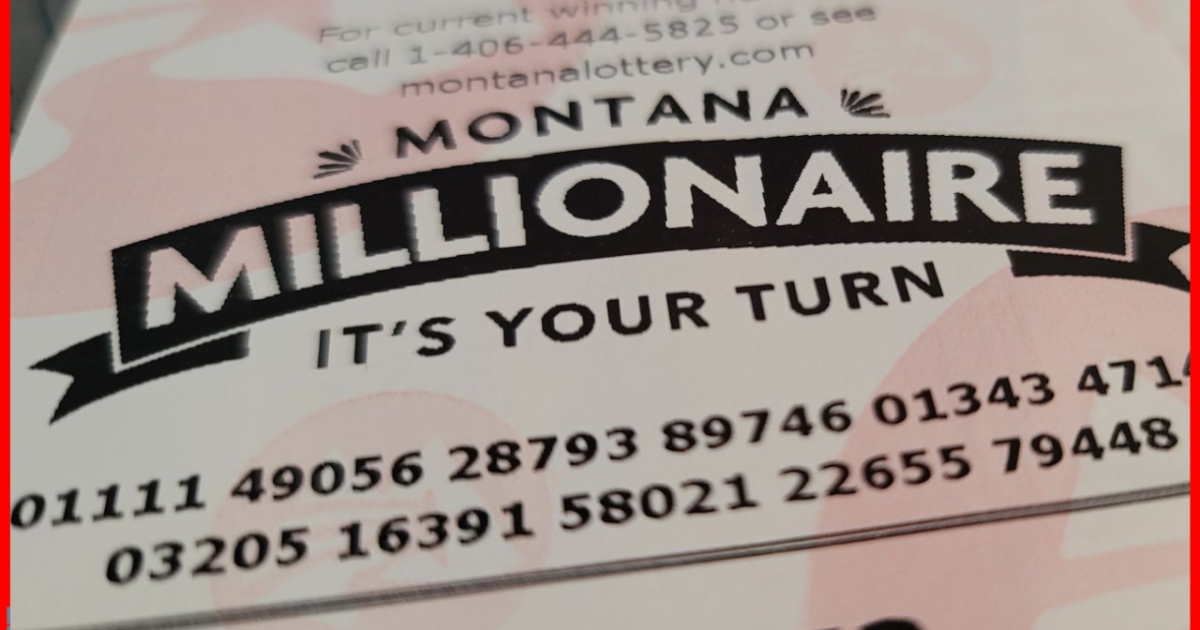 GREAT FALLS – The Montana Lottery conducted an Early Bird drawing for a grand prize at its annual Montana Millionaire event on Friday, November 25, 2022.

The Montana Lottery holds two such “early bird” drawings each year prior to the grand prize drawing at the end of the year.

The $100,000 Early Bird Prize winning ticket is #080647. The retailer and the city where the ticket was sold has not yet been released.

(NOVEMBER 2, 2022) The Montana Lottery’s Montana Millionaire is back. If the first few hours of sales are any indication, they’re on their way to another record year. The 280,000 tickets went on sale on Tuesday, November 1, 2022 at many convenience stores, gas stations and grocery stores.

Last year the tickets were sold out within six days. Tickets are selling even faster this year – at 6am on Wednesday there were only 50,437 tickets left. (UPDATE) As of Wednesday, 10:34 a.m., all tickets have been sold.

The Montana Lottery said this year’s Montana Millionaire will again feature $2 million in top prizes this year. A second prize of $100,000 was added to the final raffle.

Last year’s two multi-million dollar winning tickets were sold in Butte and Missoula. Due to a change in law, the Montana Lottery is no longer permitted to publish the names of Montana Millionaire winners unless they have given their consent.