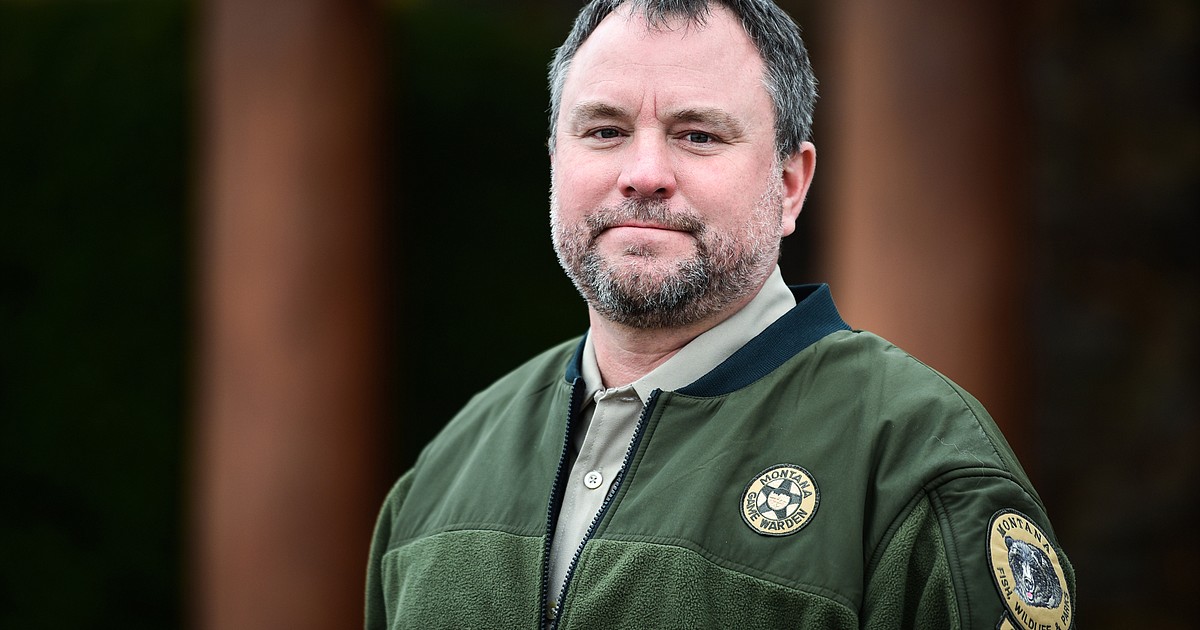 Although he grew up hunting, fishing, and foraging in the local wilderness, Flathead native Nathan Reiner only became interested in a career as a game warden after working with them as a soldier in the Montana Highway Patrol.

“Ever since I was a little kid, I’ve wanted to work in law enforcement,” Reiner recalled from behind his desk at Montana Fish, Wildlife and Parks’ Region 1 headquarters in Kalispell. “When I found out that I could do that and be in the woods, I was like, ‘That’s pretty cool. I will do that.'”

Reiner, who was appointed Warden Captain for Region 1 last July, can’t recall too many interactions with wildlife officials growing up in the valley. If I think about it for a moment, it’s probably why it took him so long to think of becoming a game warden. With an easy smile, he said he didn’t remember getting into big trouble.

A 1992 graduate of Flathead High School, he left Montana for Wayne State College in Nebraska, where he earned a criminal justice degree. From there he joined the Highway Patrol. In Montana’s small towns, the law enforcement community forms close bonds, not to mention the agency, Reiner said. Working with FWP forest wardens, he got to know their work tasks and routines. He could also follow their adventures over the radio. The ever-changing nature of the job appealed to him, as did a position that would lead him into the open.

“Every season the job changes,” he said. “You never do the same thing for very long.”

At the start of the year, the focus is on catching and snowmobile regulations before the focus shifts to ice fishing, he said. The spring hunt, which includes black bear and turkey season, follows soon after. Then comes Memorial Day and the action is on the region’s busy lakes.

“Before you know it, it’s Labor Day and then the hunting season begins,” said Reiner. “Every season you have a slightly different job.”

AFTER SEVEN years as a Highway Patrol Trooper, Reiner made the leap to FWP. He found himself in the Baker area, which helped him better understand the differences between regions in the state.

“It’s a completely different job on one side of the state than the other,” he said.

Region 7 attracted many out-of-town hunters looking for antelope and mule deer, Reiner recalled. The hunting season was a busy time. In contrast, the Flathead Valley is busiest in the summer, when the region’s lakes are a popular destination.

“It was a very different job from there than here,” he said.

Reiner happily returned to the Kalispell area in 2006. Getting home also helped with his law enforcement work. Guardians rely heavily on the community to pass on information, a relationship Reiner has repeatedly emphasized. Already connected in Northwest Montana, Reiner returned to the Valley with longstanding connections and bonds.

And despite the possibility of bumping into familiar faces, it hasn’t happened too often, he said.

“I haven’t had too many embarrassing situations with people I grew up with who did something wrong,” Reiner said. “Every once in a while I’m like, ‘Didn’t we go to high school together?'”

Reiner, who originally worked as a game warden, became an area sergeant at Kalispell in 2012. Sergeants work with multiple rangers, he said, and spend most of their time in the field.

Becoming a Warden Captain means spending a little more time in the office, he admits, but it gives him a chance to see the bigger picture. His daily tasks include keeping up to date with changes in the law, getting to the bottom of legal issues and keeping his field service team well informed. Reiner pointed to a major change in state wolf hunting due to a recent court order as one such example. One of the affected regions, Wolf Management Unit 110, borders Glacier National Park and its quota has been reset to 2020 levels.

“A lot of the time is spent researching the law,” he said. “It makes sure we write the right tickets and keep the warders informed.”

That includes keeping up with training and making sure his team has the resources it needs to cover a wide and wide expanse of terrain, he said. In addition to game wardens and their constables, Reiner also directs a detective in the region.

With FWP and Region 1 still understaffed – those interested in following Reiner’s example should check the agency’s website for job postings in the coming months – he’s still getting opportunities to go into the field. His day-to-day duties have largely changed, but he still serves others, he said.

“The way I see it in this job, I came to serve and protect the public and resources,” Reiner said. “Now my job has changed to serve the Guardians below me.”