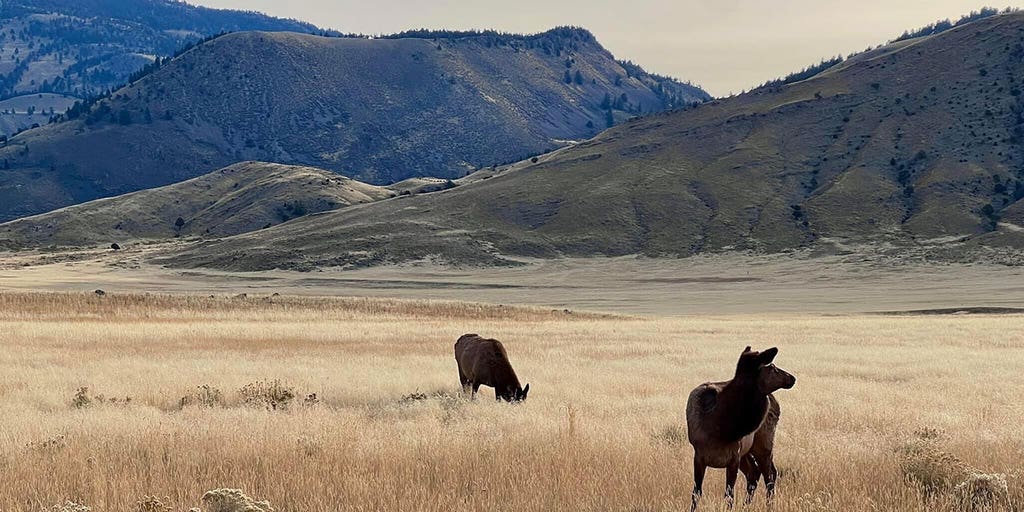 WESTGELBSTEIN, Mont. – The Treasure State is a land of many moods, from the high plains to the snow-capped mountains.

“We’re getting warmer and that’s affecting our snowpack,” said Cathy Whitlock of Montana State University. “The snow is melting earlier and we’re going into summer with less water.”

The state is the fourth largest in America with over 147,000 square miles of diverse landscape. Montana also experienced many extreme weather conditions this year, from flooding, intense heat and high winds.

“So we have to adapt,” Whitlock said. “Less snow, less water at the end of summer, more fires.”

As Montana transitions into winter, the resilience of the people and the land is strong.

“There’s an abundance of challenges,” said Montana rancher Aaron Paulson. “In the summer we have extreme heat. We will get longer periods without rain. In winter there are months with snow.”

Paulson knows these lands well. He has seen and felt how the environment is changing.

“Weather changes in recent years have certainly made it more difficult to deal with inconsistent rainfall, but we’re learning to roll with the punches and make it work,” he said.

In 2021, the Greater Yellowstone Climate Assessment found that, according to geological studies, the average temperature in the region was as high or higher than any period in the last 20,000 years and probably the warmest in the last 800,000 years. To make matters worse for the West’s river system and water supply, average annual snowfall has declined 23 inches since 1950.

7 THINGS YOU SHOULD KNOW ABOUT YELLOWSTONE NATIONAL PARK

A look at the first national park in the United States: Yellowstone.

“I think the biggest challenge we face and will face in the future is water availability,” said Charles Wolf Drimal of the Greater Yellowstone Coalition. “Big picture: The changes we are seeing and the changes we will see are rising temperatures annually.”

Montana has four main ecosystems: the montane forest, intermountain grasslands, plains, and scrub grasslands. It makes weather patterns unique and often fickle. In the region, the temperature once changed by 47 degrees in just 7 minutes.

“For the past 10 years, we’ve tried to track and keep records of the weather fairly closely every day, and we’ve certainly noticed more extremes,” Paulson said.

Many experienced the June flash floods in Yellowstone National Park. They also realized that at any moment Mother Nature could take hold of even the most beautiful places on earth.