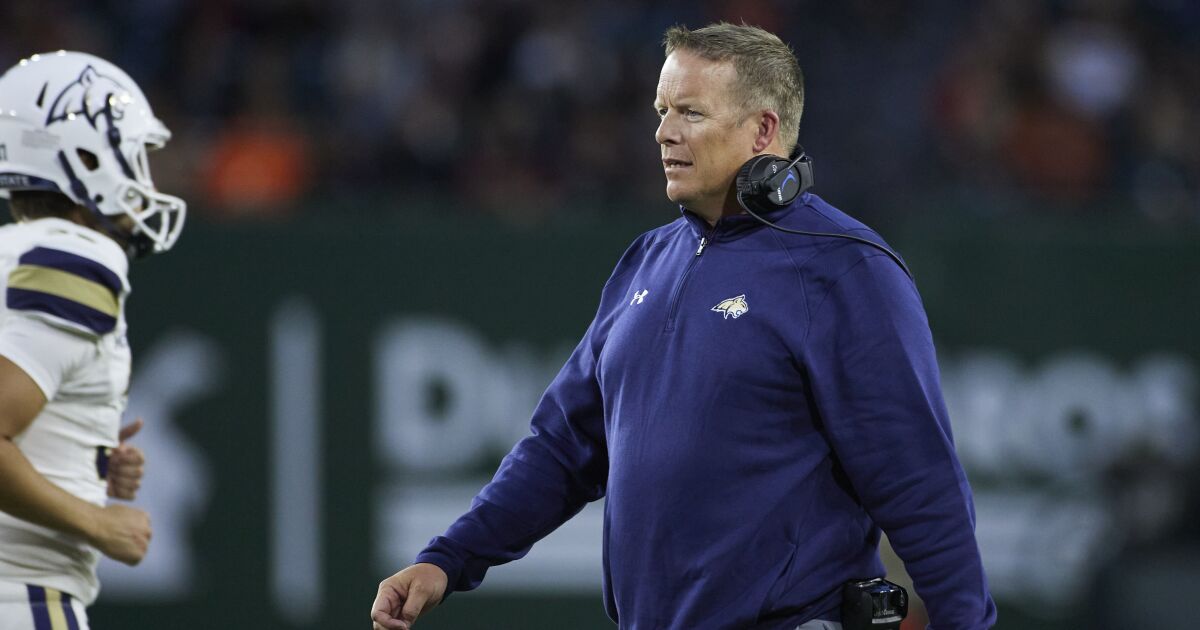 BOZEMAN — This year’s Cat-Griz road storylines are nearly identical for Montana State compared to last year’s Week 12 meetup against the University of Montana.

Not only are the Bobcats battling 9-1 for a first-round bye bye in the playoffs, but the team is once again in position to secure a Big Sky Conference Championship that would be their first since 2012.

While the narrative could be the same, head coach Brent Vigen made it clear that this team isn’t.

One of those areas that the state of Montana remembered this week is special teams.

It’s no secret the Bobcats struggled against Weber State earlier this season, and with dynamic returns in Malik Flowers and Justin Ford, it’s territory they can’t afford to miss.

“We have to be on our game at the kick cover game, whether that’s Blakes [Glessner] Ability to kick the ball collectively with our ability to mark and tackle it,” Vigen said. “In this punt return game, Juniors [Bergen] was the primary type it seems. He returned punts against us last year and that was part of the game that certainly tipped in their favor last year so we have to cover.

On offense, sophomore running back Nick Ostmo is a guy who’s hit the ground running for 367 yards in just his last two games, but the grizzly who’s really on Montana State’s radar this Saturday, is Lucas Johnson – a quarterback transfer from San Diego Specify who isn’t your typical passer.

The other common denominator is simply Montana’s defense.

The Grizzlies rank first in Big Sky, allowing just 14.9 points per game, and for a Bobcat offense whose entire identity is running the ball, this defense is best at stopping it (97, 3 yards allowed / per game).

“The guys play so hard on their defense and it’s an aggressive form of defense at first,” explained Vigen. It’s an attack style. He’s different than anything else we see in our league and I think that helps them that they’re pretty much their own in our league as far as their seam goes, but especially their guys – I think they understand they’re playing really hard and it looks the same as last year.”

The 121st Brawl of the Wild begins this Saturday at 12 p.m. and will be televised nationally on CBS stations in Montana.