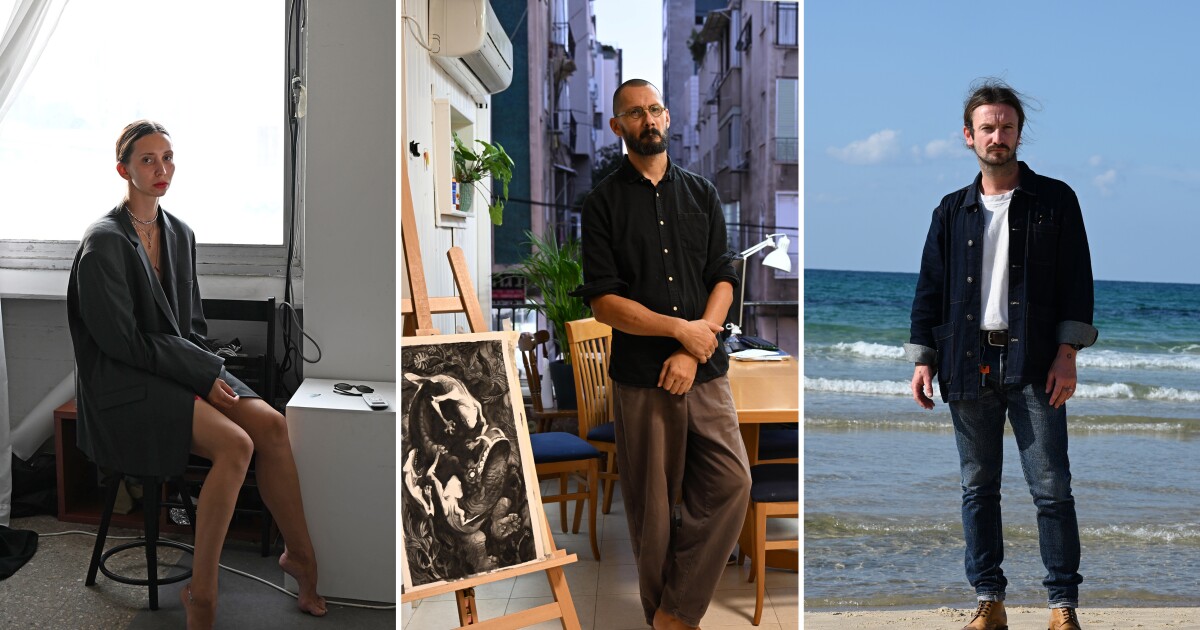 TEL AVIV – Some of Russia’s greatest artistic talent immigrated to Israel this year in search of a safe place to rebuild their careers and express their conscience about their country’s war in Ukraine.

Since Russia invaded Ukraine in February, it has cracked down on even the slightest opposition to the war, forcing thousands of citizens to enlist in combat and imposing harsh sanctions from the West. All this caused many Russians to flee.

According to the Israeli government, more than 28,000 Russian nationals have acquired Israeli citizenship since the war began. Including a pop superstar, a top photojournalist and many other creative people from art, theater, film, music and dance.

Melamed, whose portraits have appeared in the New Yorker Magazine, fled to Israel in June. He says: “I want to be a man of the world.”

Russians mainly move to Turkey, Kazakhstan and Georgia. But Israel offers a great advantage: If you have at least one Jewish grandparent, you can get Israeli citizenship for yourself and your close family.

“When the war started, I guess everyone literally remembered their Jewish grandmother,” says Liza Rozovsky, a Russian-born Israeli journalist who follows the arrivals of Russian celebrities hairnet Newspaper.

Israel defines itself as a haven for Jews, which is why it is already home to 1 million Russian speakers who fled the collapsing Soviet Union in the 1990s.

Some Ukrainian immigrants in Israel wish the Russian newcomers would stay in Russia, despite the risks, to protest their leadership. “They try to run away,” says Ilona Stavytska, 33, a Ukrainian-born barista in Tel Aviv.

But Russian exiles say their protest is more effective here. “Go protest in Moscow. I’ll support you. I’ll say, ‘Oh look, this person is protesting.’ Then I’ll send you letters to jail,” says Maxim Katz, 37, a Russian YouTube blogger and former opposition politician who fled to Israel and posts anti-war videos for audiences in Russia.

Here are three Russian artists who fled to Israel this year and are still grappling with the land they left behind.

A Russian jazz label is emigrating to Israel

What a difference a year has made for jazz producer Evgenii Petrushanskii. Last year his record label in Russia, Rainy Days Records, produced a jazz album that was nominated for a Grammy. This year, the record label has gone quiet.

“I don’t think now is the right time to release music as a Russian label,” says Petrushanskii, 36, at a Tel Aviv café. “I quit for ethical reasons.”

“It’s impossible to release a record in Russia, so it goes to foreign audiences,” says Petrushanskii. “A majority of music aggregators that publish music on platforms like Apple Music or Spotify don’t work. They no longer present themselves in Russia.”

Now he is re-registering his record label in Israel and hopes to release new records by Russian artists next year.

A Russian choreographer does not look back

Polina Mitryashina, 28, worked at one of the world’s leading dance institutions, Russia’s Mariinsky Theatre. Then, when war broke out, their dancers began to disappear.

“Now they are in Oslo,” she says. “They also left Russia.”

Mitryashina recently attended a networking event at the Israel Festival in Jerusalem, which brought together 100 Russian and Ukrainian artists from the fields of film, music, art and dance – new immigrants like her – to meet and try veteran Israeli artistic directors to rebuild her career in Israel.

“Sometimes I’m angry [at] the people who stay… and continue to work for the big companies and continue to make money,” she says in Russia. “I’m like, ‘Are you crazy? You, you are like a sponsor of the war.'”

Artist Victor Melamed, 45, moved his family to a quiet Tel Aviv suburb to keep his teenagers out of possible Russian military service – despite the likelihood of them being drafted into the Israeli army.

“I have no romantic visions of Israel’s politics,” he says. “The Israeli army is an institution that takes care of every person they have…unlike the Russian army.”

Every morning he draws a black and white portrait of a Ukrainian civilian killed in a Russian attack and posts it on Instagram. He says it’s his way of pinching himself to not get too comfortable in his new home in Israel.

“This time is very demanding. We have to grow up,” he says. “We can’t afford to stay the same.”

Natan Odenheimer contributed to this story from Jerusalem.