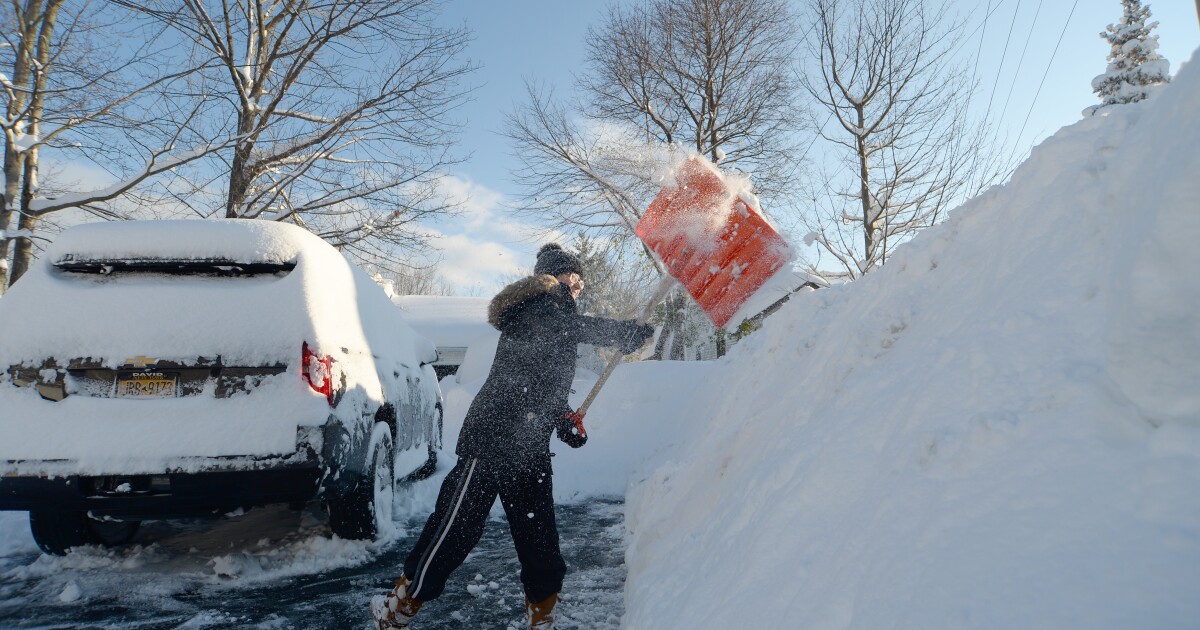 Residents in western New York are digging out after a massive winter storm swept through the region, dropping more than 6 feet of snow in some areas.

The city of Buffalo set a record for daily snowfall with 16.1 inches through Saturday morning. The previous record was 7.6 inches.

The National Weather Service tweeted on Sunday morning that the “heavy snow is (finally) settled in the Buffalo metro area, but there will be areas of blowing snow today.” NPR member station WBFO reports that some winter weather warnings remain in place through 10:00 p.m. ET.

The NWS said the heaviest lake effect snow through Sunday night will come from Lake Ontario, with some snowfall rates of 3 inches per hour.

Gov. Kathy Hochul called Saturday’s storm “one for the record books.” She said the state will file a declaration of emergency to receive assistance from the Federal Emergency Management Agency.

As of Saturday afternoon, 88 car accidents had been reported and only 280 people had to be rescued as most had complied with travel bans in place, Hochul said.

She also thanked everyone who “rolled up their sleeves” to help, calling western New Yorkers resilient.

Hochul said that because of effective planning, we “have been able to avert a lot of tragedy.”

“That was your Super Bowl and I want to tell you, you won,” she said.

The last major snowfall in the region was eight years ago, when another lake-effect storm dropped more than five feet of snow.

Erie County Executive Mark Poloncarz struggled to rectify what he felt went wrong with that 2014 storm, when road-clearing efforts were bogged down by abandoned cars. He said the travel bans imposed this time have made the clean-up easier.

“Here we are, really just 48 hours since the snow started, with the biggest snowfall on record in New York state history in any 24-hour period, and we’re lifting the travel bans from midnight, and we’re seeing a lot good to hopefully be able to lift further travel bans by the end of tomorrow,” said Poloncarz on Saturday evening.

This is how Buffalo and parts of western New York are looking after the massive snowstorm.