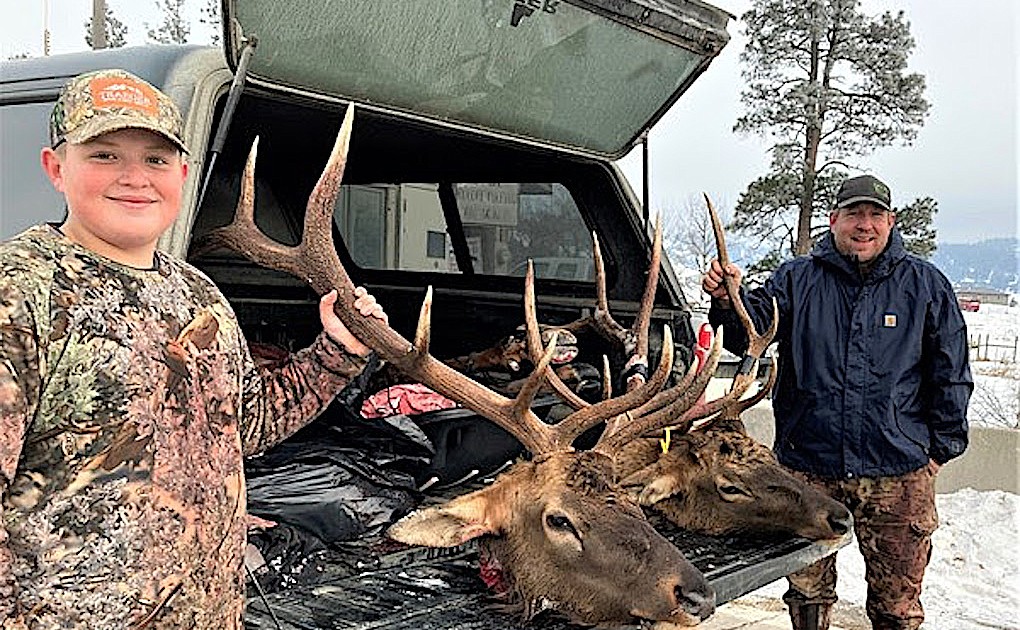 For hunters still trying to fill a deer or elk mark, this marks the end of Montana’s general season on Sunday, November 27th.

More than 7,300 hunters have turned up at wildlife control stations in northwest Montana, according to Dillon Tabish, spokesman for Montana Fish, Wildlife and Parks. The total number of elk hunters has increased compared to last year, while the number of deer hunters has decreased.

Harvest numbers for white-tailed deer and mule deer are down at this point compared to a year ago, but with the full rut, those numbers could change significantly.

Control stations are open on weekends during the general deer and elk hunting season from 10:00 am until approximately 1.5 hours after sunset. Regional stations are located on US Highway 2 west of Kalispell, Montana Highway 83 north of Swan Lake, Highway 200 west of Thompson Falls, and Highway 93 near Olney.

Hunters must stop at each checkpoint they come across, whether they have killed an animal or not. The counts at the stations represent a sample of the harvest and do not represent the full number of animals removed.

A person can capture a deer or elk with a license or permit valid on the last day of the general hunting season.

Any unused license permit valid on the last day of the general season (i.e. November 27, 2022) will be valid during the Muzzleloader Heritage Season.

The muzzle-loading rifle must be at least .45 caliber and have no more than two barrels.

During Muzzleloading Heritage Season, hunters may not use a muzzleloading rifle that requires the insertion of a cap or primer into the open breech of the barrel (inline), is breech-loadable, or is mounted with an optical magnifier.

The use of prepackaged paper or metal cartridges, sabots, gas controls, or other similar performance and range-enhancing manufactured charges that encapsulate the projectile from the rifling or barrel of the firearm is also prohibited.

Hunters should check the regulations for each hunting district they intend to hunt.

Moose hunting is only in Region 1 (Northwest Montana) with the exception of Hunting District 170, unless a hunter has an antlerless moose permit or a hunt from a vehicle (PTHFV) permit.

Juveniles aged 10 to 15 and hunters with a Permit to Hunt from a Vehicle (PTHFV) can still harvest white-tailed deer of either sex for the remainder of the season in most parts of the region (see regulations for details). A “unisex” stag is defined as “a male or female of any age”.

Also, from October 22 through November, hunters can only harvest sanctioned mule deer bucks with their general deer license. 13 in Hunting District 101. Antler hunting of mule deer is restricted to 101-50 permit holders in this district for the last two weeks of the season.

Hunters who have obtained the 199-20 restricted whitetail deer B license for both sexes can only use that license within the Libby CWD Management Zone.

Mule deer hunting in the North Fisher portion of Hunting District 103 near Libby is only permitted with a 103-50 permit.

The toll-free hotline for reporting poaching, property damage, and violations of Montana’s fish and game laws operates 24 hours a day.

If you witness a fish and game breach or property damage, you can report the crime by calling 1-800-TIP-MONT (1-800-847-6668); or report a violation online at fwp.mt.gov. Callers can remain anonymous and be eligible for a cash reward.

Testing for Chronic Wasting Disease (CWD) is voluntary statewide. FWP can assist hunters with sample collection and submission, or hunters can submit samples themselves.

FWP covers the cost of testing animals harvested by hunters for CWD.

A Libby CWD sampling station operates Saturday, Sunday and Monday from 10:00 am to 1.5 hours after sunset at the Montana Department of Transportation store on US Highway 2 south of town. Hunters do not have to stop at the Libby CWD Sampling Station.

Hunters wanting a sample of their animal should leave 2 to 4 inches of the neck below the lower jawbone and base of the skull to ensure lymph nodes are present and are not accidentally left with the carcass. Frozen heads cannot be sampled.

To prevent the spread of CWD, all carcasses, including the head and spine, must be disposed of in a Class II landfill after slaughter and processing.

Dumping carcasses is illegal, unethical, and can spread diseases, including chronic wasting diseases. This requirement applies to all deer, elk and elk carcasses killed by hunters or as salvage from vehicles.