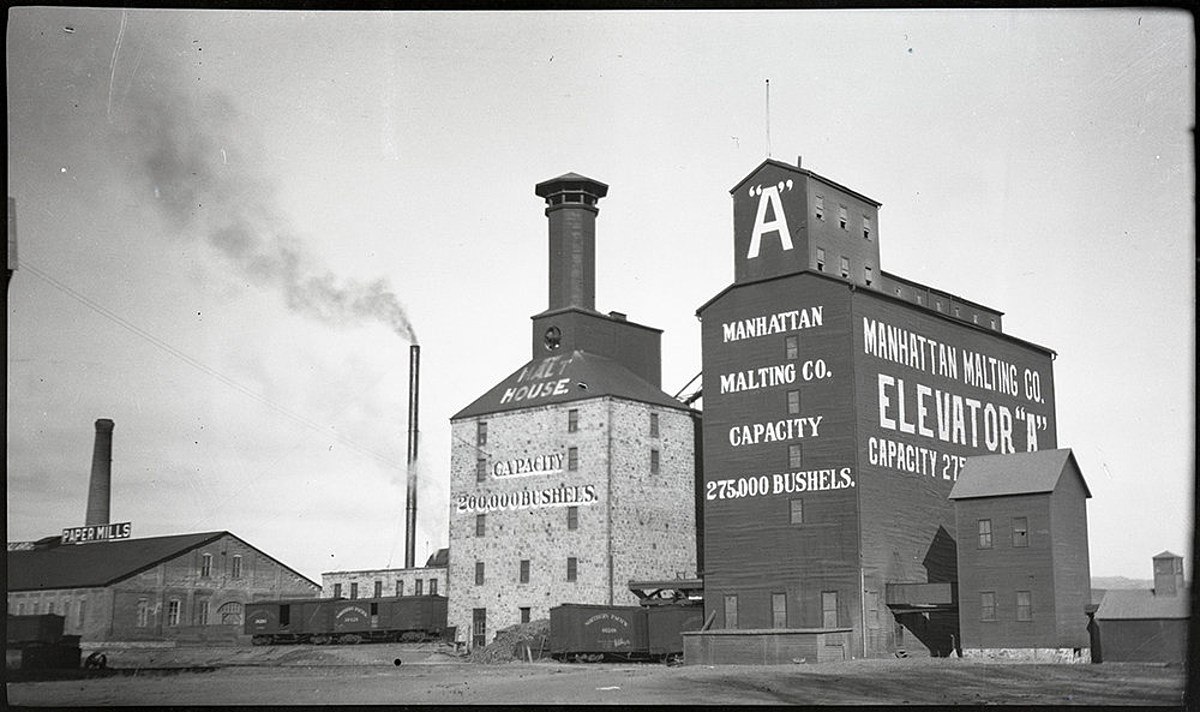 Manhattan is the most famous of the five boroughs of New York, the heart of the city.

Given this level of awareness, it’s understandable that a traveler would look twice when they see a road sign in Montana in the middle of nowhere, or in this case halfway between Three Forks and Belgrade, indicating an exit to “Manhattan.”

Montana’s Manhattan certainly doesn’t have 1.629 million residents like New York, but it has a connection to New York.

Originally called Moreland, the city’s name was changed to Montana in 1891 when a group of wealthy and influential New York businessmen, investors in the Manhattan Malting Company, bought more than 10,000 acres of farmland in the Moreland area to grow barley.

It took just a year to build the first 275,000 bushel capacity grain elevator and another year to complete the malting facility.

According to company records, “They bought a Jacob Price Field Locomotive steam plow to farm (the) land. The plow was the first of its kind to be used in Montana and could plow 40 acres a day.”

Records, preserved at the University of Montana, indicate that “the company achieved worldwide fame (thanks to) its first master brewer, Louis DeKregnasis. (His) product was (popular) across the country and was especially liked in Germany.”

“In 1905 the Manhattan Malting Company sold its land to the Manhattan (Ranching) Company. The malting business continued to grow and in 1914 won the Best Malted Barley award from the Pabst Brewing Company of Milwaukee.”

“However, the company could not overcome Prohibition. The plant closed in early 1915 when Idaho, Oregon, and Washington became dry states. The company went out of business in 1919 when Montana passed Prohibition on January 1, 1919.”

“The malthouse was leveled after the 1925 earthquake, but the company’s farmhouses are still standing and inhabited. Many of Manhattan’s older citizens still refer to the buildings as Number One and Number Two, as the malt house called them.”

“Harry Altenbrand, Jr. was the manager of the Manhattan Malting Company from 1905 until its closure. His home is now the Masonic Temple in Manhattan.”

But the malting business was just one of the Manhattan ventures initiated by the New York entrepreneurs.

In the fall of 1898, the Helena Independent newspaper reported: “After years of waiting, Montana is said to have a paper mill. The driving force behind the company is (are) Henry Altenbrand, President of the Manhattan Malting Company, George Kinkel Jr., its general manager in Manhattan, and MR Kennedy of Danville, NY.”

The new plant was designed to convert straw into pulp, something Kennedy had been doing at a plant in Danville, NY for 15 years before straw supplies dwindled in the east.

The Helena Independent quoted Kennedy as saying: “The Manhattan plant will not be an experiment. We know what we’re doing. (While) our plant will be the only one in the United States converting straw into pulp, Germany has 40 plants making paper from straw (and) Russia has a number as well.”

“There was a time,” the paper noted, “when all the paper used by American newspapers was made from straw, but when pulp was introduced it immediately supplanted the articles made from straw because of its cheapness.”

“Now the tide is turning, (since) the pulp mills are clearing entire forests and the question of the supply of raw materials for large corporations is already extremely serious.”

Recently, some entrepreneurs have tried to revive the straw paper industry, but with little success. Columbia Pulp, headquartered in Dayton, Washington, was among the latest to throw in the towel.

In a February 2022 press release, the company said, “More than a decade ago, Columbia Pulp was founded with a vision to use wheat straw to produce an alternative pulp for paper and packaging applications,” but acknowledged that times have changed , forcing it to do “idle operations”.

Jim Harmon is a longtime Missoula newscaster, now retired, who writes a weekly history column for Missoula Current. You can contact Jim at [email protected] His bestselling book, The Sneakin’est Man That Ever Was, a collection of 46 vignettes of Western Montana history, is available at harmonshistories.com.