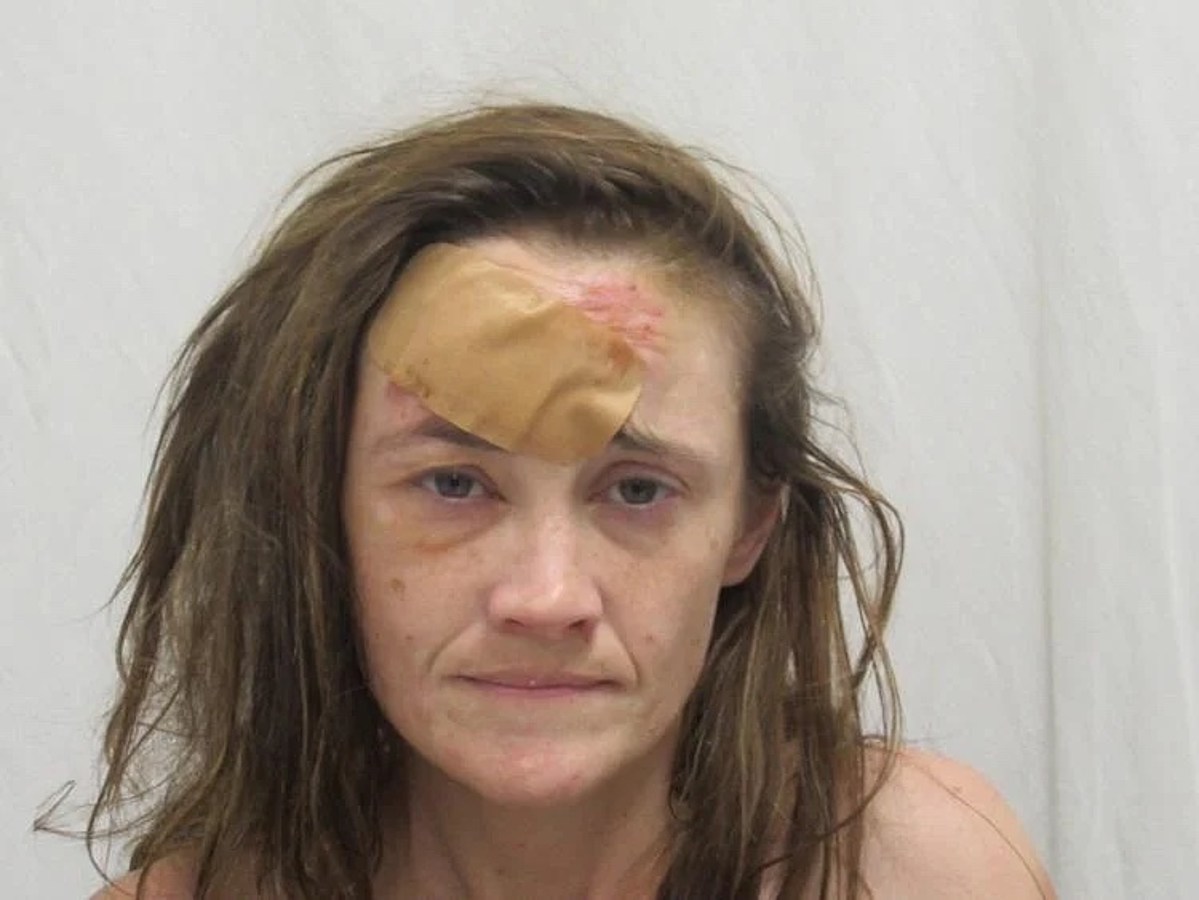 A 40-year-old woman in Chubbuck, Montana, faces multiple felonies after shooting a revolver into the front desk of a Chubbuck hotel and threatening to shoot at least three people.

The woman has been identified as Rebecca Lynn O’Connell of Melrose, Montana.

O’Connell was accused of:

It all began in a Wyndham Pocatello Travelodge on Burnside Avenue. O’Connell called the police and reported that she had shot herself in the hand. She said she was still armed with the gun and would shoot anyone who got too close.

When officers arrived at the hotel, they saw an employee behind the front desk with his hands over his head. O’Connell was armed with a .357 Magnum revolver and was pacing the lobby.

Other officers stood outside the hotel, armed with rifles and ballistic shields. O’Connell eventually left the hotel’s front lobby.

O’Connell was then ordered by police to drop the revolver and lie face down on the ground, which authorities said she did.

She was handcuffed and taken to the squad car. At the time, O’Connell’s friend, Challis Bloxham, approached police while shouting.

Officers arrested Bloxham and searched him, finding a speedloader and bullets for a .38 Special revolver in his coat pocket, police said.

After an interview with O’Connell, she admitted to using methamphetamine about 12 hours before. Her story was that her boyfriend tried to kill her and that the hotel receptionist provided them with chloroformed towels.

O’Connell said Bloxham would kill her by putting the chloroform-laced towel over her mouth. Police found absolutely no evidence to support O’Connell’s claims.

Police added that they later found evidence of a bullet hole in the reception.

When emergency medical personnel checked O’Connell’s hand, they found that she was not shot, she had superficial cuts on her hand.

Officers found a gun and drug paraphernalia in the hotel room that O’Connell and Bloxham shared.

O’Connell was subsequently charged and sent to the Bannock County Jail in Pocatello.

Your new holiday destination! This camping resort is perfect for families

It was rebuilt in 2003 with all new facilities and a renewed spirit of hospitality.