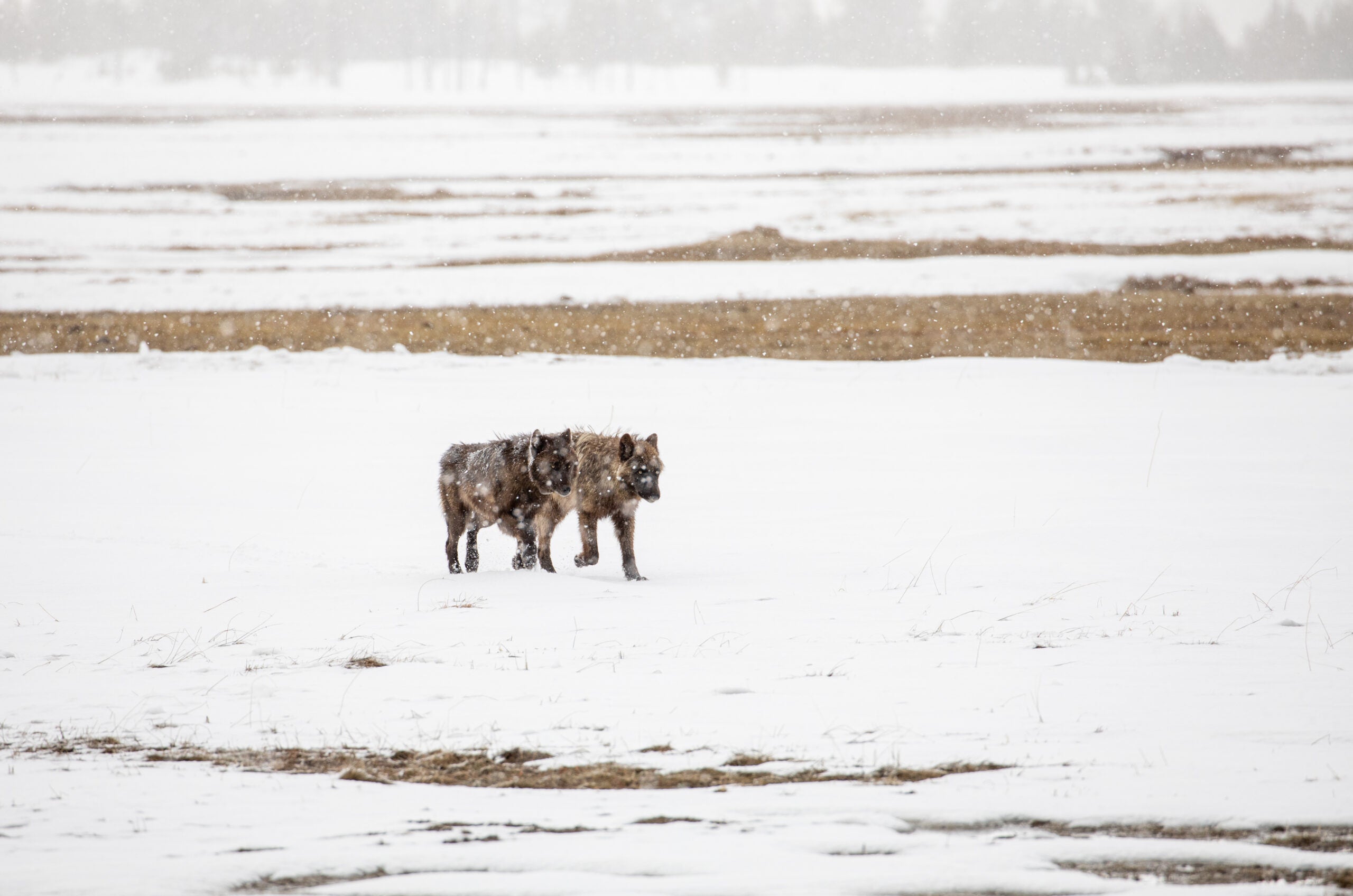 On Nov. 15, a Montana judge issued an injunction that would restore the state’s wolf hunting regulations to 2020 quotas around Yellowstone National Park and Glacier National Park. Wolf administrative units 313, 316 and 110 were all affected. Based on the new arrangement, a total of only two wolves can be captured in WMU 110 and only one wolf each in WMU 313 and 316. One wolf has already been taken in WMU 113 – meaning the arrangement has essentially closed that unit to hunting for the remainder of the season. The one-wolf quota replaced a 6-wolf quota for WMU 313, as well as more liberal quotas for the other units that had been reorganized ahead of the 2021 season.

This injunction comes after the Montana Fish & Wildlife Commission relaxed wolf hunting regulations in August 2021. The state was then holding a liberal 2021-2022 wolf hunting season, during which 273 wolves were captured by hunters and trappers statewide, including 18 in GMU 313, three in GMU 316, and zero in 10. During the season, some wolves that frequently visit Yellowstone were killed , caught near the park. Although legal, the hunts sparked controversy. “These wolves are part of our balanced ecosystem here and represent one of the special parts of the park that draws visitors from around the world,” Yellowstone National Park Superintendent Cam Sholly said in September 2021. “We will continue to work with the state “Work with Montana to advocate for the reintroduction of quotas that would protect Yellowstone’s core wolf population as well as Montana’s direct economic interests that result from the hundreds of millions that park visitors spend each year.”

Despite the controversy, the Montana FWP recently reported that the statewide wolf population was stable throughout 2021. According to the Montana FWP, “The estimated wolf population in Montana at the end of 2021 was 1,141. This was just 40 fewer wolves than 1,181 in 2020, not a statistically significant difference. Over the last 10 years, wolf populations experienced an estimated high of 1,256 in 2011 and a low of 1,113 in 2017. The small difference between these two numbers shows a very stable population trend.”

“We obey the law,” Hank Worsech, director of the Montana FWP, said in a press release. “And are doing so in a manner that provides reassurance that Montana’s wolf populations will not remain on the endangered species list.”

Plaintiffs in the case, which prompted the state judge to temporarily reinstate some wolf hunting restrictions, include Project Coyote and WildEarth Guardians. The anti-hunting groups are challenging Montana Fish, Wildlife and Parks, the state of Montana and the Fish and Wildlife Commission of Montana — seeking a permanent block on wolf hunting in the state.

The group’s lawsuit raises multiple claims overall. Plaintiffs allege that “Montana failed to manage the wolves of the state for the benefit of the public as a whole in violation of the state’s public trust doctrine as enshrined in the Montana Constitution.” They also allege that the FWP’s current assessment of population modeling is inaccurate and has prompted the Fish and Wildlife Commission to allow excessive quotas.

Judge Christopher Abbott stated, “Based on the plaintiffs’ filing, they have made strong arguments that the state’s current wolf management practices may violate state or federal law.” His injunction halts wolf hunting in the national parks to ensure that the killing of wolves “does not limit the court’s ability to provide relief where relief is warranted.” Importantly, Abbott has not heard the full case, but stated that “the complete cessation of the wolf hunt [throughout the state] doesn’t seem to be the status quo. In fact, the plaintiffs themselves acknowledge that pre-2020 wolf populations have remained stable despite hunting activity.”

According to the National Park Service, “Yellowstone wolves in the northern range spend an estimated 5 percent of their time outside the park, usually in late fall. For over a decade, the state of Montana limited the number of wolves taken from Montana Wolf Management Units 313 and 316, which are immediately adjacent to the park’s northern boundary.”

The Montana FWP will challenge the restraining order in court. “We have a healthy and stable wolf population in Montana,” said FWP Director Hank Worsech. “We have proven we can manage wolves statewide and will continue to do so. We will comply with the judge’s order and look forward to the opportunity to defend good science and management strategies.”

Aside from reinstating quotas, the injunction limits all hunters and trappers in Wyoming to a total of five wolves per person per season and prohibits the use of snares as a legal method of capturing wolves. Montana FWP will present legal arguments in the case at a hearing scheduled for November 28. The court’s injunction expires on November 29.