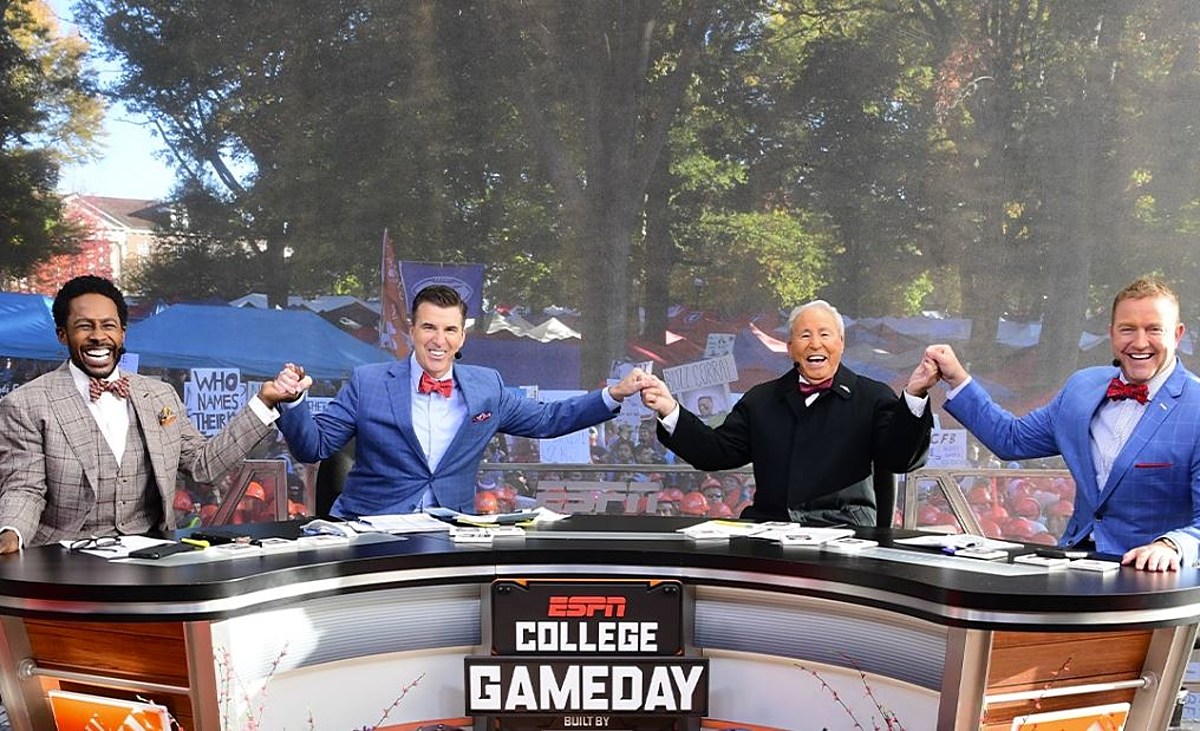 This recording by the ESPN College GameDay crew and all the dedicated fans at both Montana State University and the University of Montana is one of the best out there!

This gives you a sense of what Montana is really about; Support for our universities, community interaction, kids having fun OUTDOORS, mountain views, I could go on and on.

This drone footage captures some of the key moments of the entire GameDay experience. The signs that the fans made, the set-up with a view of the mountains and of course the choice of the mascot. In this game, Corso was 100% correct!

Check out the footage below. You may have made it to the big screen on one of Montana’s most historic game days.

In the end, the Bobcats dominated the Griz with a final score of 55-21. The cats also dominated the “Can the Griz” food campaign, which provides food to hundreds of Montanans.

Check out some of the best Gameday signs here. I won’t lie… some are damn smart!

BEST COLLEGE GAME DAY SIGNS FROM BRAWL OF THE WILD

What’s next for the Cats after winning the 121st Brawl of the Wild? They have a bye this week and depending on the other teams, we’ll be up against either the University of North Dakota Hawks or the Weber State Wild Cats.

I personally hope for an AND win over Weber State for two reasons: 1) I’m from North Dakota so I feel compelled to cheer for them and 2) I don’t think they stand a chance against our Bobcats!

The day was hot and so were the Bobcats. The first game of the season against McNeese State, and the Bobcats were ready to send those cowboys back south.

Temperatures approaching 100 degrees didn’t stop our Bobcats OR their dedicated fans. Bobcat Football brings cheer to fans of all ages and is part of a dream for many youngsters. Future Bobcats here? I hope so, they already have an amazing spirit!

The Bobcats took the win with ease, staying one step ahead of the McNeese Cowboys. The team looked fresh and ready and the end result proved they were ready to come out on top in the season opener.

Finishing 40-17, the Bobcats put the South boys back on the plane with their first loss of the season and the first win for our Bobcats.

Week two is upon us with a home game on September 10th, which will also bring the Military Appreciation game. Just a way we like to show our military personnel an extra THANK YOU.

If you haven’t gotten your tickets yet, listen to Derek and Megan on 100.7 XL Country in the mornings ALL week to secure two tickets to the next home game.

Also be sure to stop by our XL Country Tailgate to enter and win concert tickets, gift cards and of course MORE BOBCAT TICKETS than any other station. GO CATS GO!