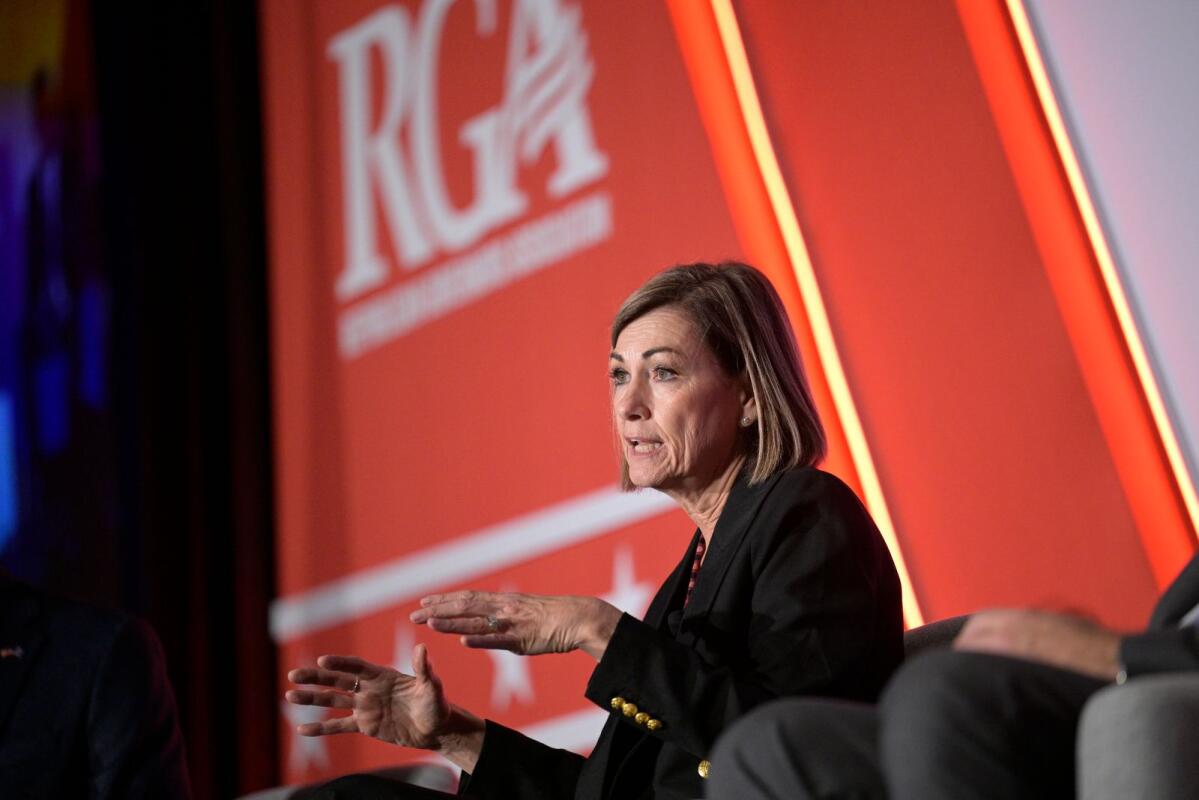 The committee will consider “bills that contain significant reforms to our education system,” said Republican House Speaker Pat Grassley, who will chair the committee. Lawmakers in this year’s session also considered bills that would require schools to post course materials online and ban “obscene material” from school libraries.

Iowans comment on Trump’s presidential bid: Iowa politicians, backed by former President Donald Trump, kept him at arm’s length after he announced a third run for president last week. Sen. Chuck Grassley and Rep. Ashley Hinson both said they encourage all candidates to come to Iowa to pitch to voters before the 2024 Republican conventions.

Trump is the first Republican to announce his 2024 candidacy, but several others, including former members of his cabinet, have tested the waters for presidential campaigns and were frequent visitors to Iowa ahead of the midterms. An October Des Moines Register/Mediacom Iowa poll found that 52 percent of Iowans said their feelings toward Trump were very or mostly unfavorable.

Senators split over marriage law: Republican Iowa-US Sentinels Joni Ernst and Chuck Grassley were divided on Wednesday in a vote on a bill that would codify same-sex and interracial marriage at the federal level. Ernst voted in favor of the proposal, while Grassley voted against, citing concerns about freedom of religion.

The bill passed the Senate with the support of 12 Republicans, including Ernst. The senators added an amendment that ensures nonprofit religious organizations are not required to provide services to or facilitate same-sex marriage.

A Scott County assemblyman looks on as members of the Postal Ballot Committee feed ballots into a counting machine during an administrative postal ballot recount Tuesday in Davenport. (Nikos Frazier/Quad-City Times via AP)

The county is conducting a manual recount of more than 23,000 mail-in ballots after it found administrative issues.

“I’m honored that my colleagues have trusted me to lead the RGA as we work to ensure voters in Louisiana and Kentucky have an equal opportunity for a brighter future, and give Mississippi Gov. Tate Reeves a second term that he deserved.” — Republican Governor Kim Reynolds after being elected Chair of the Republican Governors Association

“Iowans don’t care if a new committee is created in the Iowa legislature to look at the governor’s coupon plan or other bad ideas like jailing teachers and banning books because it’s just politics.” – Chairwoman of the Democratic House of Representatives Jennifer Konfrst on the new Education Reform Committee

Agencies manage infrastructure funds: Last week marked a year since the passage of the federal Infrastructure Act, which provided more than $1 trillion for projects across the country addressing road maintenance, airports, waterways, broadband and more. The law resulted in a 30 percent increase in the Iowa Department of Transportation’s five-year project plan, allowing local governments to fund more improvement projects for Iowa’s roads and bridges. Iowa Airports has received $51 million and more than $113 million has been allocated for Iowa’s drinking water safety.

COVID hospitalizations drop: Iowa COVID-19 cases rose slightly in the week ended Wednesday, with 1,980 new cases compared to 1,863 the previous week. The number of people hospitalized in the state with the virus fell from 180 to 137 over the same period.

Google calculates with states: Iowa is being paid more than $6 million in a multi-state settlement over Google’s location-tracking practices. The tech giant last week settled $391.5 million with 40 states, the largest tech security deal with states in U.S. history.

House Dems Re-Elect Leaders: Iowa House Democrats elected Rep. Jennifer Konfrst of Windsor Heights to the post of House Minority Leader and Rep. Lindsay James of Dubuque as Minority Whip. The election comes as the minority party is expected to lose seats in the House of Representatives following this month’s election.