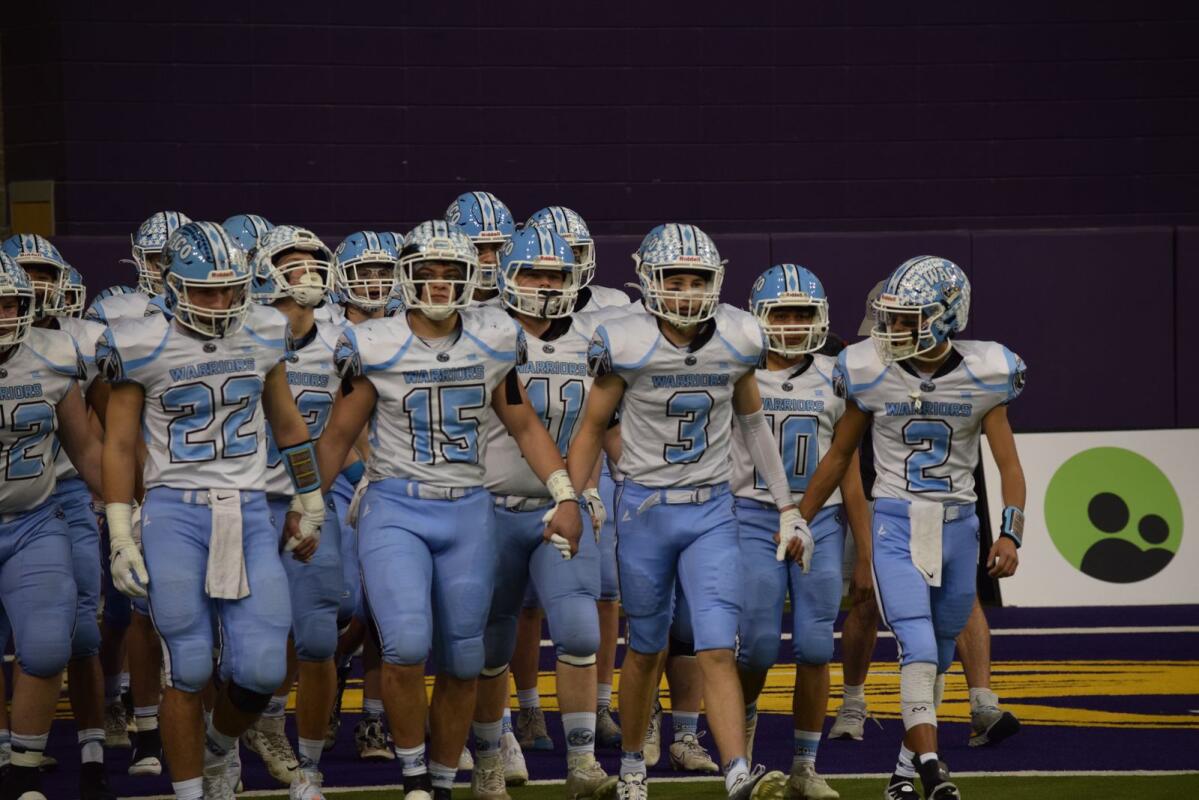 For WACO, this season was more than just football

WAYLAND – What a season for the WACO soccer team.

The Warriors put together one of their best seasons as a program, going undefeated throughout the regular season and potting a ticket to their first state title game.

While the Warriors came up short in their final game of the season, the drive meant a lot more than that.

It was less about the victories and defeats and more about the journey and the connections made along the way.

“I think the best part was just doing everything with these guys,” senior Drew Diers said. “They are my second family.”

Reaching the state championship together was always a dream for the 11 seniors on the Warriors roster this season, and in 2022 it became a reality, and for many, stepping onto the soccer field as teammates will never be the same.

“It’s just going to be difficult not having practice after school and having games on Fridays,” Diers said. “But I appreciate everything they’ve done for me.”

When this year’s seniors started out as freshmen, the Warriors went 4-5 and then 3-5 in their sophomore year.

The WACO soccer team walks out of the tunnel during their state championship game against Remsen St. Mary’s. (Hunter Möller/The Union)

Hard work in the off-season and excellent team play has seen WACO improve to 10-1 and a game from the UNI Dome in 2021 to 13-1 and a state championship appearance this season.

From day one they were leaders and held each other at a higher level.

“We started training on August 1st,” said Edeker. “We practiced for three and a half months, and in all that time I can’t tell you a single workout I didn’t enjoy. They’re just great kids. They’re fun to be with and I’m just sad it’s over.”

Being assured that WACO has great community support along the way and fills the booth every Friday night rain or shine.

“It was great,” said Diers. “The support from our community has been incredible.”

The same was true for both the semifinals and the national championship game, when seas of blue and white filled the UNI Dome stands.

“You saw people in the stands today with their WACO jerseys from the 80s and 90s,” said Edeker. “In 10 to 15 years these children will be parishioners and will be standing here in the dome with their jerseys on. They are just a great group.”

There is no doubt that this year’s WACO soccer team has cemented a legacy and will go down as one of the finest in school history.

“We’ve made great connections and friendships,” said Senior Simeon Reichenbach. “I think that’s the most important thing. These will continue for a lifetime.”