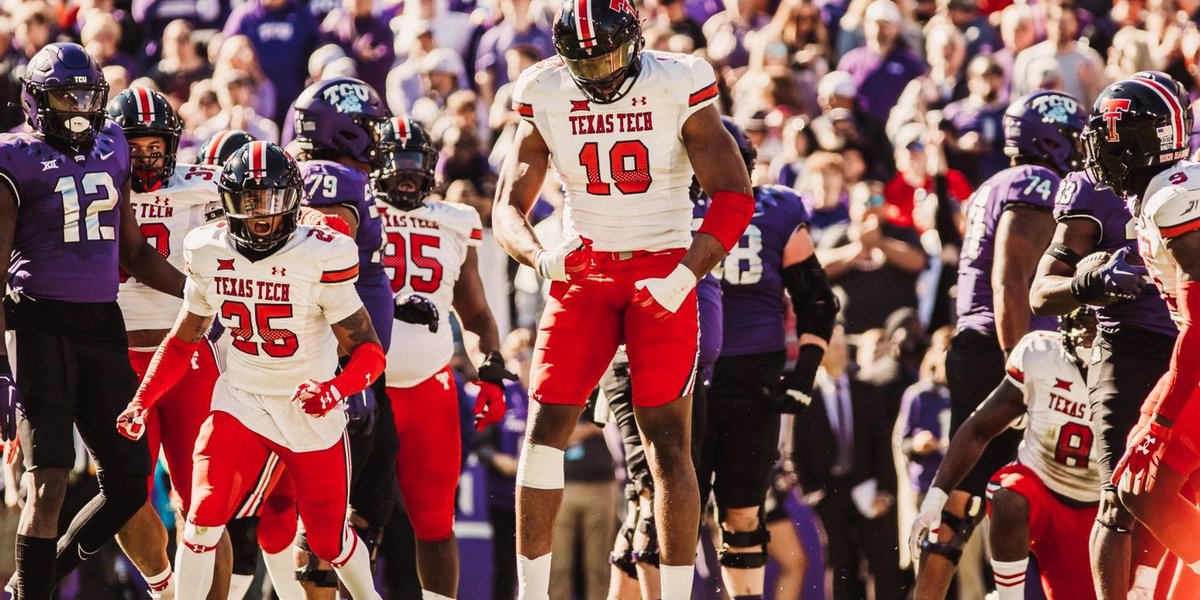 Wilson will miss Texas Tech’s regular season finale against Oklahoma this Saturday as well as his bowl appearance due to a season-ending foot injury sustained in the Nov. 12 win over Kansas. He will be one of several Red Raiders to be recognized ahead of kickoff against the Sooners when Texas Tech celebrates its senior class.

“Tyree Wilson is a deserving All-America contender and one of the best players in the country who will only excel at the next level,” said head coach Joey McGuire. “Our entire program is fully supportive of Tyree as he begins his recovery. Tyree embodies The Brand and will thrive in the NFL, where we have every confidence that he will be selected in the first round. Tyree is a great teammate and captain who will proudly represent Texas Tech as he takes this next step in his career.”

In a letter on his personal Twitter account, Wilson thanked Texas Tech fans for “welcoming me to your family three years ago. I became a man in Lubbock and will always consider this community my home away from home. Playing for Scarlet and Black is special and I have enjoyed every minute of training, meetings, practice and match days with my teammates and coaches.”

Prior to his injury, Wilson was easily among the best defensive players in the country as he had career highs of 61 tackles, 14.0 tackles for loss and 7.0 sacks. He is currently one of nine players on the FBS and one of only three in a Power Five conference to have recorded at least 60 tackles, 10.0 tackles for loss and 6.0 sacks so far this season. He was one of only two power five players to do so until his injury.

Even after leaving the Kansas game early, Wilson led all power five players with quarterback pressure toward Iowa State last weekend, according to Pro Football Focus. Additionally, Wilson was the FBS leader for tackles for loss (8.5) and sacks (5.0) against opponents ranked in the top 25 on the November 13 Associated Press poll (8.5). He was also the Power Five leader with 9.0 tackles for loss in actual street games, although he often saw doubles teams during conference play.

Wilson remains the Big 12 leader for total tackles for losses and sacks per game (.70) and ranks second overall for total sacks after last weekend. He will sadly end his Red Raider career a half sack from making the all-time top 10 with 15.5 career sacks in nearly three full seasons.

Texas Tech and Oklahoma kickoff is scheduled for Saturday at 6:30 p.m. with coverage on FOX Sports 1 and the Texas Tech Sports Network. Fans are encouraged to arrive early as Texas Tech will recognize its senior class before kick-off.