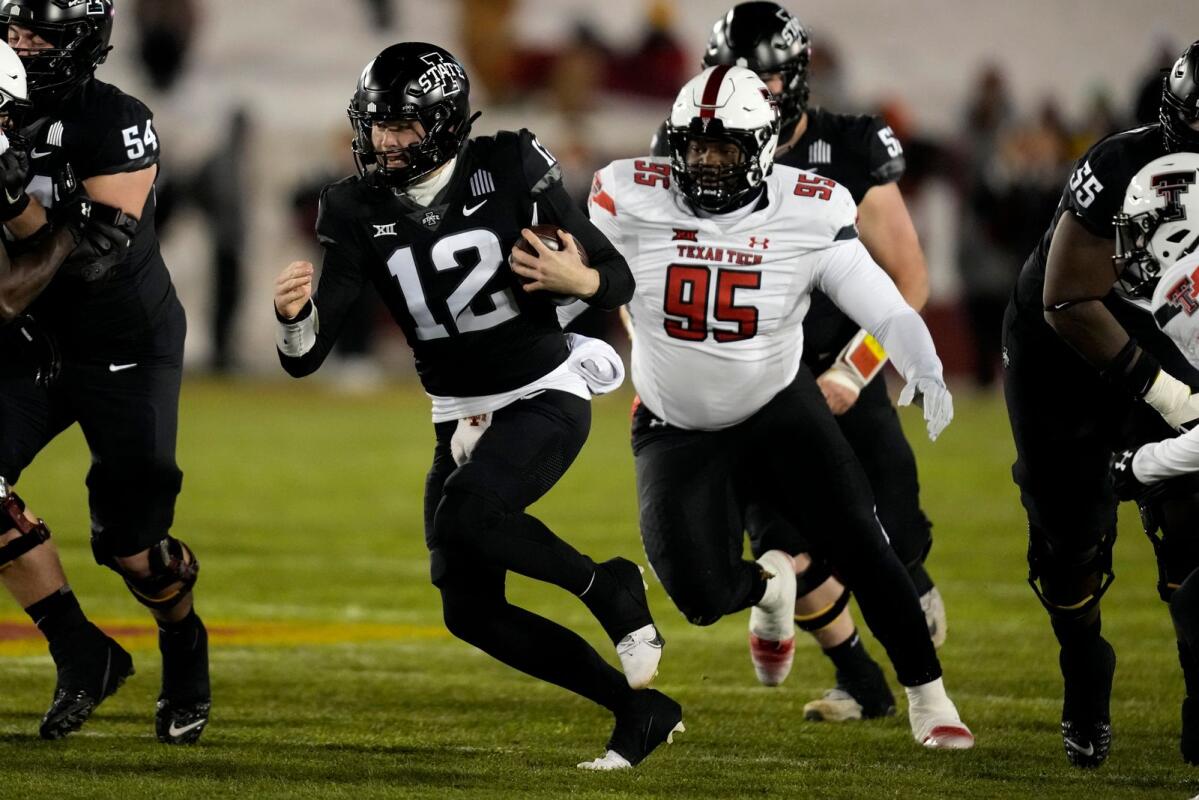 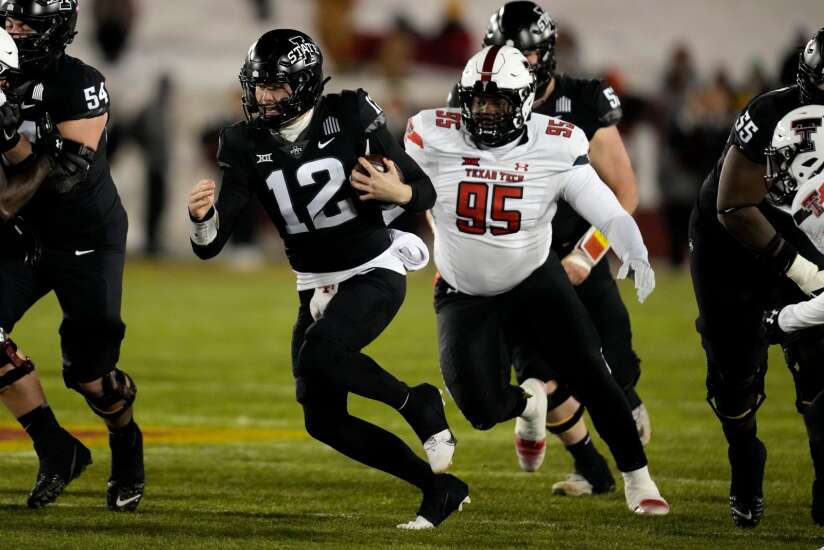 And the ISU still found a way to lose to the Red Raiders 14-10 on Senior Night because of the usual but bizarre mix of offensive ineptitude and special teams that provided the painful but predictable narrative for their latest One-score football has advanced defeating Big 12 enemies.

“Really, there was a lack of execution and why did that happen?” That’s what Cyclones head coach Matt Campbell said after his team’s hopes of reaching an unprecedented sixth straight bowl game plummeted. “I don’t know. We’ll have to take a closer look at that.”

It deserves an extra long look.

“It’s a team game,” said Cyclones tight end Easton Dean, who rolled over a defender with the hurdle to score an 11:18 touchdown. “So there’s no one to be mad at.”

There’s just frustration as ISU clings to faint hopes of an unprecedented sixth straight finish in the Bowl if they can knock off undefeated and fourth-placed TCU next weekend in Fort Worth, Texas.

The Cyclones have proven they can win or lose any game on the Big 12 schedule this season, but have mostly figured out how to lose in surprising and amazing ways.

On Saturday, they scored just three points from five trips into the red zone. Quarterback Hunter Dekkers’ touchdown connection to Dean stretched 24 yards, but the defense, constantly setting ISU up for a chance to win, gave up the touchdown, which turned out to be a game-winning touchdown on the drive that followed.

“I think it was a couple of things,” said safety Beau Freyler, recovering from an early fumble after the loss. “The pace a bit. We weren’t quite done yet.”

If anything, the Cyclones have been completely unsettled against Big 12 competition, where they’ve lost seven games averaging 5.42 points. The ISU’s defense gave the offense a chance to win every game deep into the fourth quarter, but catastrophic mistakes saw the team finish with a losing record for the first time since 2016.

It’s also the last time in six seasons that they’ve lost on either Senior Day or Senior Night, but not to the Cyclones, who played their last game at Jack Trice Stadium.

“It’s literally the greatest leadership I’ve ever seen, and it was also the greatest sense of servant leadership I’ve ever experienced in my life,” Campbell said of his relatively small roster of seniors. “I look at this scoreboard and see the games in the Big 12 and everywhere else and, man, it’s everywhere. But not our children. We are there and we have a chance to win the football game.”

That was true every week. But in Big 12 play, that meant losses in seven out of eight games. Now the ISU is resuming its recent role as spoilers, trying to topple TCU and end a disappointing 2022 season on a high.

“At the end of the day, they still have to play us,” McDonald said. “Obviously we just have to do our part and we have to carry it out.”