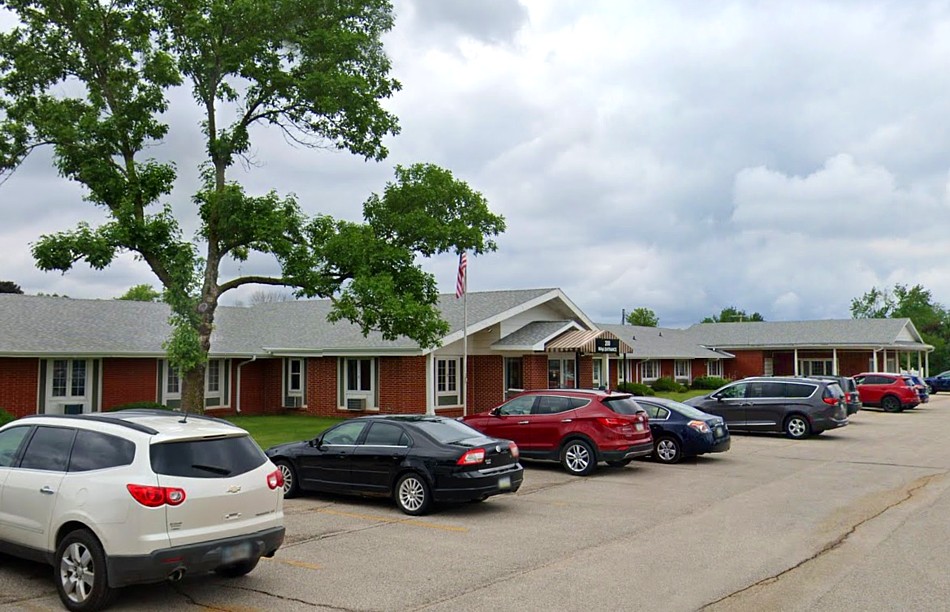 A suspended employee at an Iowa nursing home brought a gun to work in September and waved it in the air while threatening to take care of an issue with a co-worker, state inspectors said.

Two employees who witnessed the incident did not report it immediately but went to another meeting and then to lunch.

State records show that a nurse at Heritage Specialty Care in Cedar Rapids came into work around 10 a.m. on Sept. 26 to provide a written statement regarding an argument she had with another employee the night before. This argument had led to the suspension of the adjutant.

When the worker entered the home, she had her “hood on and sunglasses on,” workers later told police. While discussing the dispute with the home’s planning coordinator and a human resources worker, the worker reportedly became “very upset” and pulled a small gun from her purse.

The aide reportedly waved the gun in the air without pointing it at anyone and said, “If you don’t handle it, I’ll take care of it myself.” She finally put the gun back in her purse, according to inspectors.

The human resources coordinator and human resources officer then left the assistant in an office, went to another meeting, and then went to lunch. Over lunch, the two discussed the incident and decided that it should probably be reported up the chain of command. While the two were having lunch, the helper, who was probably still armed, left the building.

After lunch, the staff notified the administrator of the incident and the facility was locked down. The aide-de-camp was dismissed from the building and the home maintained a “police presence” in or around the building for a week.

However, the human resources officer denied it, telling inspectors that she “never received any re-education or discipline” after the incident. She also told inspectors and police that while she never felt threatened, the gun incident made her concerned for the safety of residents.

The home’s interim director of care told inspectors an investigation into the incident was never completed.

While inspectors at Heritage were investigating the matter, they were also investigating several other complaints and self-reported incidents. The home was subpoenaed for six violations of regulations, including failing to meet professional standards, failing to keep the home safe, inadequate nursing staff and failing to comply with federal guidelines on COVID-19 vaccinations.

A $9,500 state fine was proposed but stayed so the Centers for Medicare and Medicaid Services can decide whether to impose a federal penalty.

Inspectors reported that while they were at the home in October, they heard someone calling for help, and upon investigation found one resident who said her call light went unanswered for more than 40 minutes while she waited for help to arrive to get there the bathroom.

In addition, inspectors found one employee had worked 348 hours and two others 30 hours and 97 hours, respectively, without proof of COVID-19 vaccination or an approved exemption request. The branch manager admitted to the inspector that two of the unvaccinated homeworkers had not even applied for an exemption.

State inspectors say the exploit involved a worker who allegedly took $1,625 from a resident with a spinal cord injury and then taunted the man with text messages calling him a “vegetable” and a “vegetarian boy.”

Heritage is owned and managed by Care Initiatives of West Des Moines. Six other company-operated nursing homes in Iowa have been subpoenaed in recent weeks for serious violations. They face fines of up to $80,250, and other penalties may still be imposed by CMS.

Care Initiatives has not responded to requests for comment.