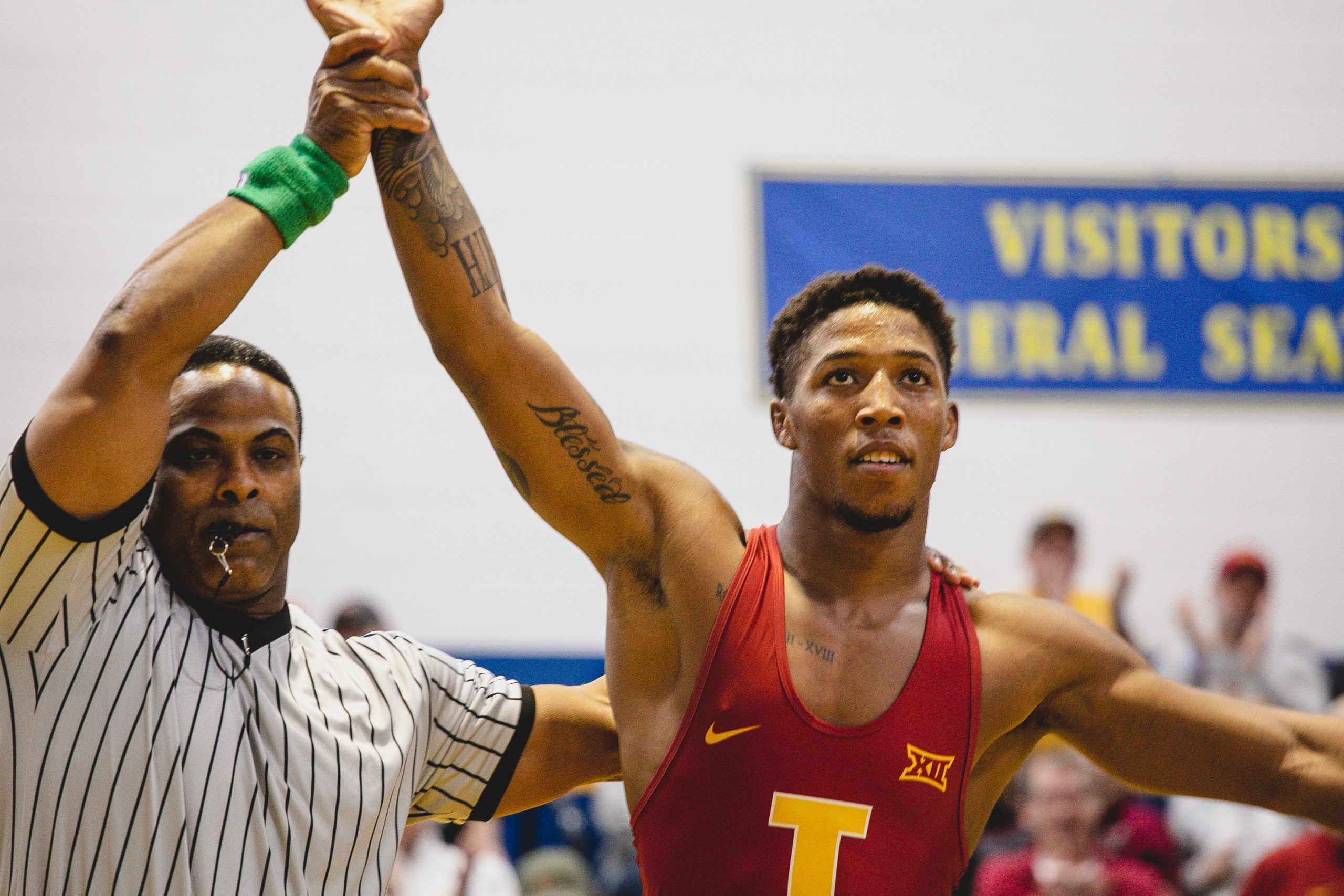 HUMBOLDT — In the gym at the Humboldt Wildcats, alma mater of kevin dresser, It was difficult to find a vacancy in the house as Iowa State and Grand View faced off for the first time since 2013.

The Cyclones stunned the Vikings with a 40-0 shutout win.

Iowa State achieved its 18th consecutive doubles win, the fourth-longest streak in school history. Which led to the Cyclones smashing Grand View’s 116-time double win streak, the longest ever in college wrestling, which began in 2013.

“You know, as your program evolves and you get better, you have to learn to wrestle as a favorite and sometimes as a heavy favorite,” Dresser said. “Grand View has everything to gain and nothing to lose in a situation like this. So we have to figure out how to wrestle with a huge target on our back. I told all 10 guys that you all prefer to win, so now you have to go out there and figure out how to do it if someone really wants to win and knock you out.”

All 10 wrestlers secured solid wins, five of which were bonus point wins.

“I knew Grandview would wrestle hard. For the first five weights in particular, I was really impressed by how hard they wrestled us, and I knew they would wrestle just as hard. Coach Mitchell is doing a great job. And you know, I think the fans took a lot from that. There were some great scrambles.”

A match like 149 pounds had almost every patron on their feet. Freshman Casey Swiderski hit five takedowns in just the third period to give Iowa State its first bonus point win of the afternoon.

At 157 pounds, Jason Kraisser and Giovanny Bonilla had some impressive scramblings that ultimately led Kraisser to get the reversal and land Bonilla on his back for the fall.

However, Dresser is still focused on how the team can continue to improve and grow as a program.

Jacqueline graduated from Iowa State University with a degree in Journalism and Mass Communications. She was fortunate to practice at Cyclone Fanatic for two and a half years before being promoted to stay. She currently has many responsibilities at Cyclone Fanatic: Social Media Director, Iowa State Wrestling Beat Reporter and Staff Photographer. Jacqueline loves reading and watching reality TV shows when she’s not watching sports. One of her favorite accomplishments is her internship with the Minnesota Vikings and during Super Bowl LII.