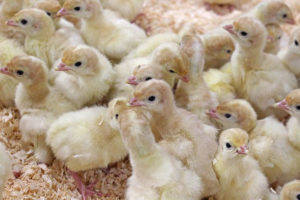 Just before Thanksgiving, a Turkish teaching and research facility will operate on the campus of Iowa State University, the first of its kind in the United States.

Dawn Koltes of the ISU Animal Science Department says it’s a joint project with industry to improve the way they work.
“What’s really cool about this building is that the growers wanted to understand some basic questions they had about management practices, even some of the feed and feed additives that are on the market,” says Koltes.

She says producers don’t have to use their own herds to test different practices because the ISU conducts the testing. There is another benefit of having a turkey lab to demonstrate the process. “The other thing that’s really needed here, as in most of our livestock sectors or even agriculture in general, is the need to improve understanding of where the food is coming from and to find some sort of work stream or pool of work for that next generation,” she says. Koltes says they will do that by encouraging the public and groups to visit and see how things work.

“Because we have viewing windows in our so-called vestibule area, and that is a public space. So people can come in and even go in now and see the Polts as they are around them,” says Koltes. “We have a beautiful mural on the wall that Greta Irwin, of the Iowa Turkey Federation, and Morgan Pothoven, also of the Iowa Turkey Federation, put together to explain what the turkey industry is and what it means to the state of Iowa.”

She says they set up a few things for visitors to understand the growth process. “What shall we see when we start looking at these birds? What should we hear when we listen to these birds, and what should we look for? And so we have these questions so that when you’re at the window, you can ask yourself,” she says. “And then not only do we have it on the outside, but we also have it on our breeder fattening side, where these birds are taken to when they’re about five or six weeks old.”

The research will cover a variety of issues faced by the industry. “Microbes and diseases that we know harm our birds – or even on the human side. So salmonella would be one that the birds can harbor, but then don’t necessarily have an immune response to it, but unfortunately we do,” says Koltes.

You will also look at new technologies such as air handlers and other things that can affect the health of the turkeys. “How do we maximize our water vaccination strategies? How do we provide supplements in feed or water? For example, you can fill in electrolytes in the event of heat stress,” says Koltes. “So, just like when we get hot and sweaty and we’ve been working out, we take a Gatorade or some other liquid that has electrolytes in it. We’re trying to ask the same things, does it really help turkey production? So is it worth spending the money to put that in the water pipes?”

There are classrooms where animal science students can work and study some of these subjects. The facility is named Balloun Turkey Teaching and Research Facility after the main donor, Julia Balloun. It was inaugurated in May 2022 and the first batch of turkey poults was recently delivered.