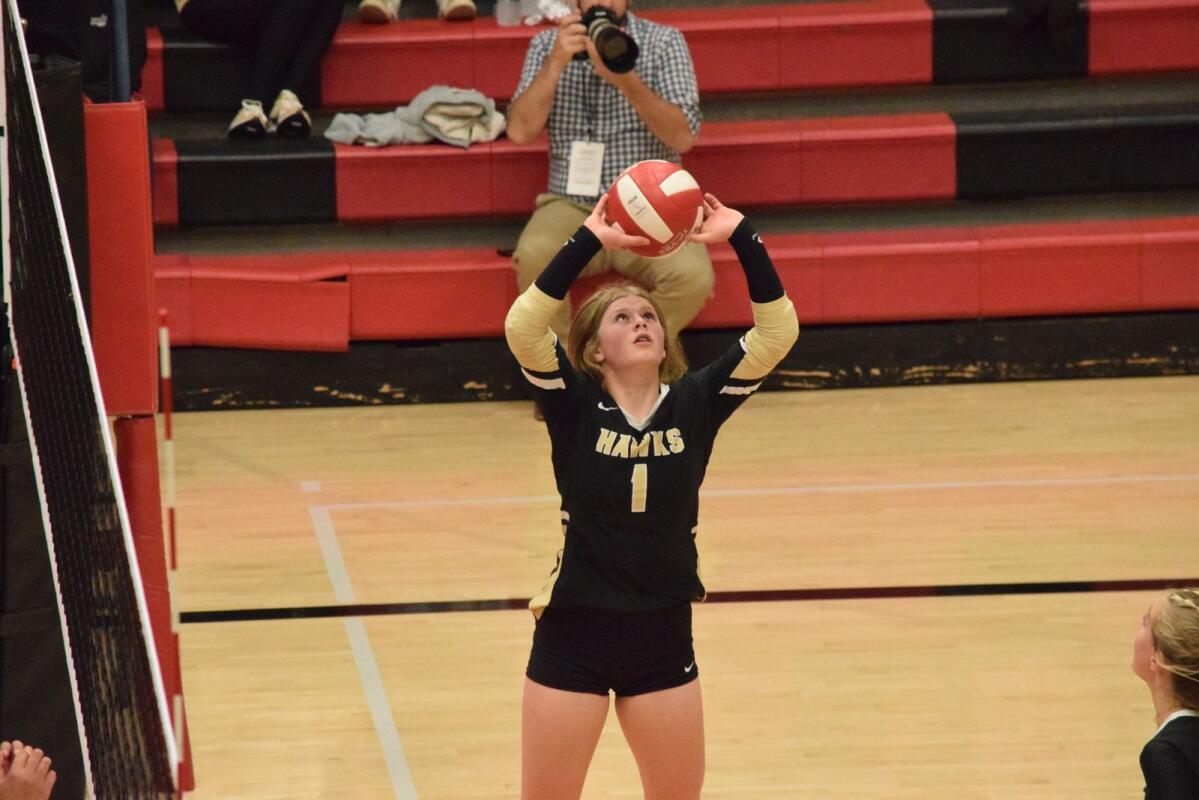 The Iowa Girls Coaches Association released its all-district lists for the sport of volleyball last week, and the Union Area’s small schools filled the list in a few grades.

After a 27-12 season, the Mid-Prairie Golden Hawks led the area with five names on the list. Four of those were players, and one was head coach Sherry Evans.

Evans received Class 3A All-Southeast District Coach of the Year honors after leading her team to not only a 27-win season, but also a second-place finish in the River Valley Conference South Division and a place in the Substate Championship Game .

The Golden Hawks fell in that Substate title game, dropping it in three sets to eventual Class 3A champion Davenport Assumption.

Mid-Prairie’s Jovi Evans fixes the ball for the Golden Hawks during their Class 3A Regional Finals game on Tuesday October 25, 2022. (Hunter Moeller/The Union)

Senior hitter Ella Groenewold and setter Landry Pacha both made the Class 3A Southeast list for Mid-Prairie. Also on the list were sophomore libero Dakota Mitchell and freshman hitter/setter Jovi Evans.

Six area elders were listed on the Class 1A list. Three of them were players from New London. WACO and Winfield-Mount Union each had two on the list.

New London hit Natalie Burden, setter Elly Manning and libero Emma Nye were all included on the Class 1A list. WACO batsman Ellah Kissell and setter Grace Coble were on the list, as were Winfield-Mount Union batsman Bradie Buffington and libero Keetyn Townsley.

CLASS 1A COACH OF THE YEAR: Mike Davis, Notre Dame

CLASS 2A SOUTHEAST COACH OF THE YEAR: Gladys Genskow, EBF.