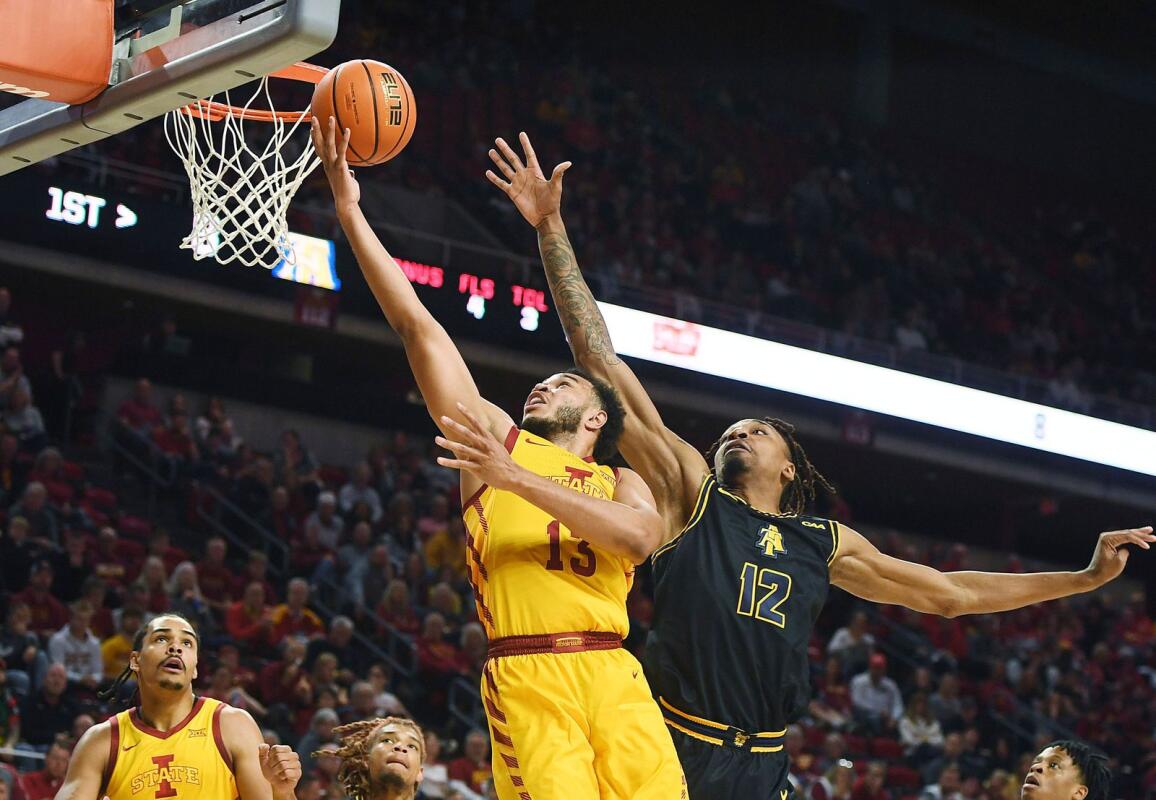 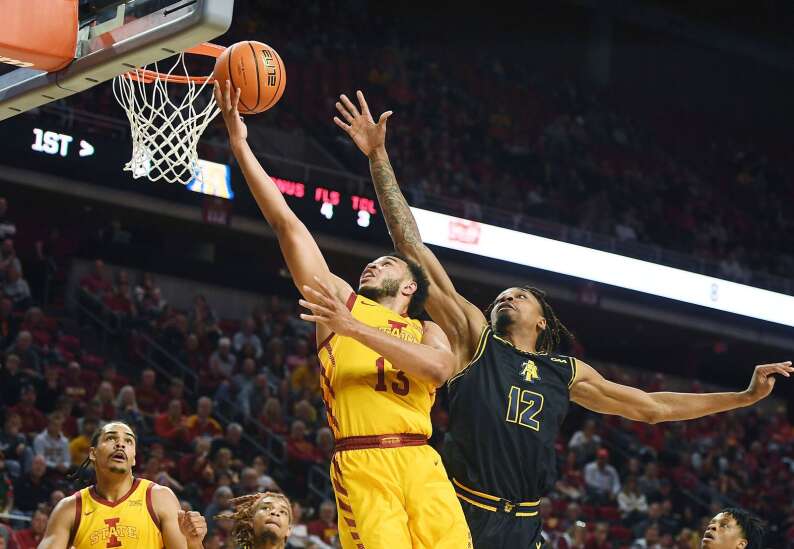 That’s how many times Milwaukee turned the ball over in a row to start Sunday’s game against Iowa State that resulted in a flawed but artisanal 68-53 win at the Hilton Coliseum.

Iowa State guard Jaren Holmes (13) puts the ball on during the first half of an NCCA college basketball game Sunday, November 13, 2022 in Ames, Iowa at North Carolina A&T. (Nirmalendu Majumdar/Ames Tribune via AP)

The Cyclones (3-0) forced 15 first-half turnovers and 27 overall while improving to 16-0 in non-conference games under head coach TJ Otzelberger.

“I think it was a great overall stretch for us,” said ISU guard Jaren Holmes, who posted a team-high 19 points and gave five assists with a game-high. “We flipped them 27 times and we’re proud of that every day. It’s a staple of this team.”

ISU missed all 14 of their 3-point attempts in the second half and at times struggled against full-court pressure from Milwaukee, but conceded 28 points from turnover to secure the relatively stress-free win.

“I really liked the energy with which we went into the game,” said Otzelberger. “Our defensive intent – ​​our guys were great. Surely if we set the tone like that, it should lead to good things.”

Caleb Grill added 11 points for ISU, while Robert Jones and Aljaz Kunc added 10 points each. Demarion Watson, Jones and Kunc all hit three offensive rebounds each, helping the Cyclones to a 17-8 lead in that important statistical category.

“Especially Rob, I thought he gave us tremendous energy when he came in,” said Otzelberger. “So if you’re not shooting the ball well, you have to take good care of the ball, put pressure on the ball and turn the opponent around and then do a great job on the glass. In those three areas we were pretty good for the most part.”

Milwaukee sunk 50 percent of their early field goal attempts when they managed to retain possession, but the Cyclones capitalized on a 10-2 run topped by Holmes’ second 3-pointer to create a double-digit lead, which swelled up to 24 points the second half.

The ISU limited the Panthers to 36.4 percent shooting in the first half, topping them 16-1 in points by turnovers. The Cyclones shot 6 of 14 (42.9 percent) from 3-point range before halftime – although that solid early effort was helped by confined long-distance baskets from Grill and Kunc. As for the 0-of-14 performance from beyond the arc in the second half?

“Coaching, all coaching,” says Otzelberger with a smile. “Our boys all work hard. You will take pictures. We just need to get our shots in the right rhythm and we had a little bit of separation there and felt like the lads were playing heavier minutes than they’re used to, so sure some legs were heavy out there.”

One reason for the above-average minute load: veteran Gabe Kalscheur only played six minutes before finally ending the game.

“He was hit in the hip in practice (Saturday) so he has a bruise and when he came out he wasn’t moving much,” Otzleberger said. “I give him a lot of respect for trying because I know he’s in a lot of pain. We’re going to give him some rest and hopefully he’ll be back soon.”

The Cyclones have until Thursday off when they take on Villanova (2-2) to open the Phil Knight Invitational in Portland, Ore.

“It’s a big challenge,” said Otzelberger. “It’s a great opportunity to go out and play a program like Villanova.”