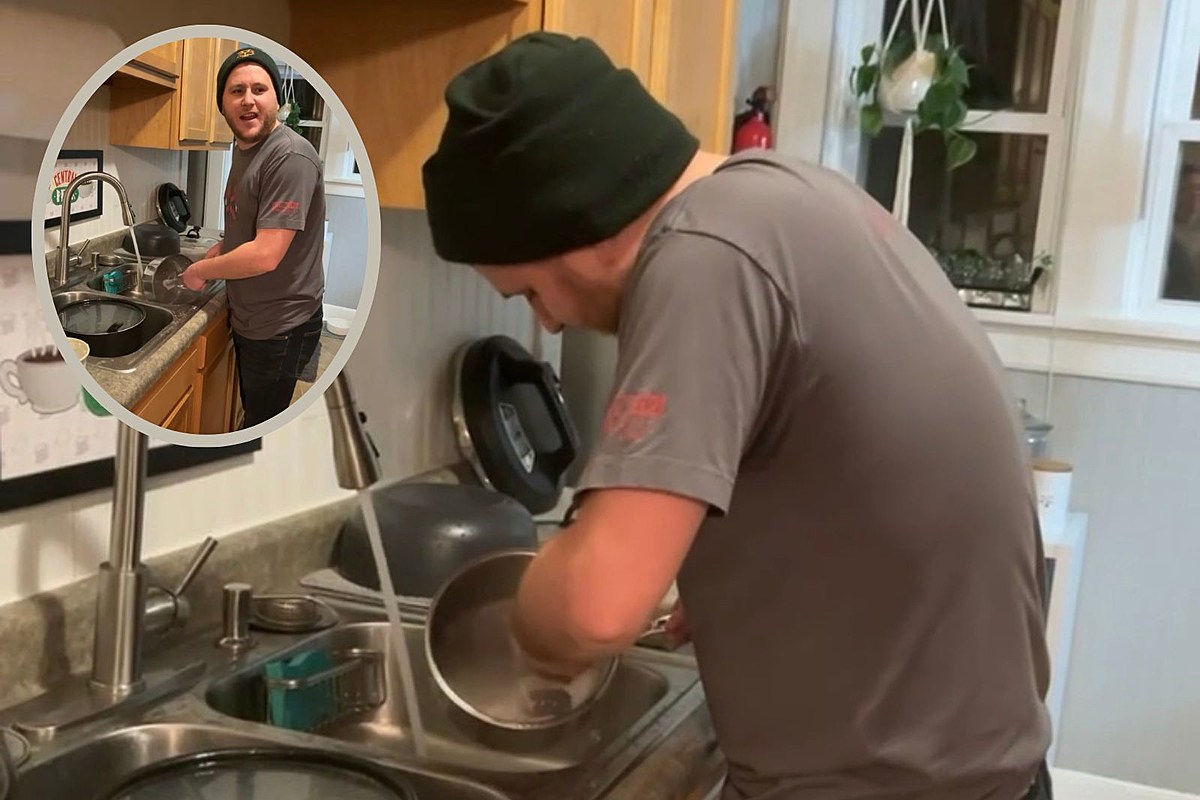 The idiot in this story is… me! I’m the Iowa idiot who brought dish soap to a friendsgiving instead of sharing food. Before you crucify me and call me a bad friend, listen to me.

Last weekend I was invited to a Friendsgiving, which was a lot of fun. Most Midwestern party invitations say something like, “Hey, we have a meeting Saturday, you don’t have to bring any food, but you might want to bring your own beer.”

Almost every invitation you get to a dinner party has something in it that mentions that you don’t have to worry about the food, which we all know really means you should bring something small to share. I, on the other hand, did just that and didn’t worry about bringing more food. I brought lots of Busch lamps and soap to do the dishes.

To be honest with you, I’m not good at cooking. My fiancee finds everything I do pretty boring and she’s probably right. I’m pretty solid on the grill and I’m fantastic at reheating a frozen pizza, but pretty much anything you’d likely find at a Thanksgiving table isn’t in my cooking repertoire.

So what I like to do, instead of insisting that people try my homemade (store-bought) green bean casserole, I like to make all the dishes so the host doesn’t have to.

Growing up, I hated doing the dishes after a big meal. There are all sorts of pots and pans full of caked food on them and they take forever to clean. I was always so happy when our family holidays were away from our home as it meant I didn’t have to hand clean our 50 year old fine china.

Instead of bringing food to Friendsgivings, I started just showing up with beers to share and a bottle of dish soap. After everyone has finished eating, I start washing up the available dishes so the host doesn’t have to. Anytime I had a group of people in my house, I would much rather they help me clean up afterwards than bring the 4th bag of Doritos and another vegetable tray.

Cleaning up is the hardest part and mostly when you’re tired and full, so I’ve always believed that nobody has to do it alone. Especially when they’ve been toiling in a kitchen all day.

Am I the worst friend ever for not bringing a food dish to the friendsgiving party? Probably. At least the host of our meeting had a pretty clean kitchen by the end of the night.

How many of these unique sleds have you tried?

We all have a movie that no matter how many times we’ve seen it, we’re still going to sit down and watch it.