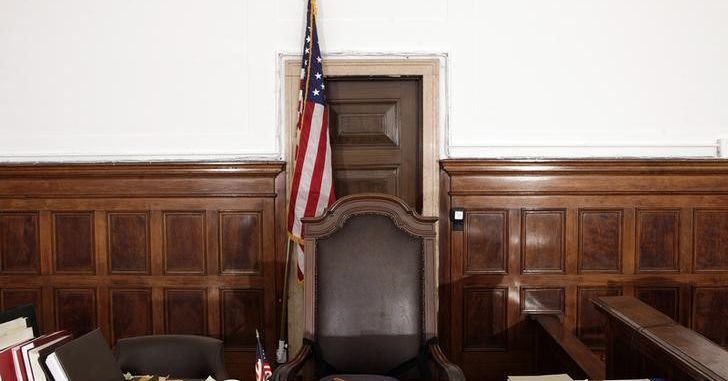 (Reuters) – A federal judge has rejected an offer by a conservative rights group to block Iowa from enforcing a state law that requires an equal number of men and women from each of its congressional districts to serve on a commission that examines candidates for the highest posts of the state reviewed courts.

The Pacific Legal Foundation declined to comment. A spokeswoman for outgoing Iowa Attorney General Tom Miller, whose office defended the law, did not respond to a request for comment.

In a lawsuit filed in May, Rachel Raak Law and Micah Broekemeier argued the law violated the equal protection clause of the US Constitution’s 14th Amendment by barring them from voting in January’s prosecutor’s election to the panel based on their gender to join

Law, a real estate agent in Correctionville, wanted to run for one of the eight elected seats on the 17-member state Judicial Nominating Commission in a district that is required by law to elect a man in 2023 after picking a woman to serve a six-year term in 2019.

Broekemeier, a US Marines veteran in Iowa City, also wants to run for an only-women seat on the commission that recommends that individuals be appointed by the governor of the Iowa Supreme Court and Circuit Court of Appeals.

But Rose, an appointment by former Democratic President Barack Obama, said the gender classification was “permissible” in this case to address prosecutors’ failure to elect women over a nearly 25-year period.

All women who served on the commission before 1987 were nominated by the state governor and confirmed by the Senate for nine seats reserved for gubernatorial officers, while none were elected by the Iowa State Bar Association, Rose said.

“The record shows that women were eligible, interested and qualified to be ISBA-elected members of the Commission, but did not make it that far,” Rose wrote. “The correct conclusion is that women were excluded because of their gender.”

Whether or not the government remedies remain in effect after 35 years is a “close question,” Rose said.

However, she said the plaintiffs failed to establish the law is no longer necessary, and that an injunction may prevent Iowa, under state law, from filling vacancies in courts pending the outcome of the case.

For Recht and Broekemeier: Anastasia P. Boden and Wencong Fa from the Pacific Legal Foundation

For the state: Samuel Langholz and David Ranscht of the Iowa Department of Justice

Nate Raymond reports on federal jurisdiction and litigation. He can be reached at [email protected]