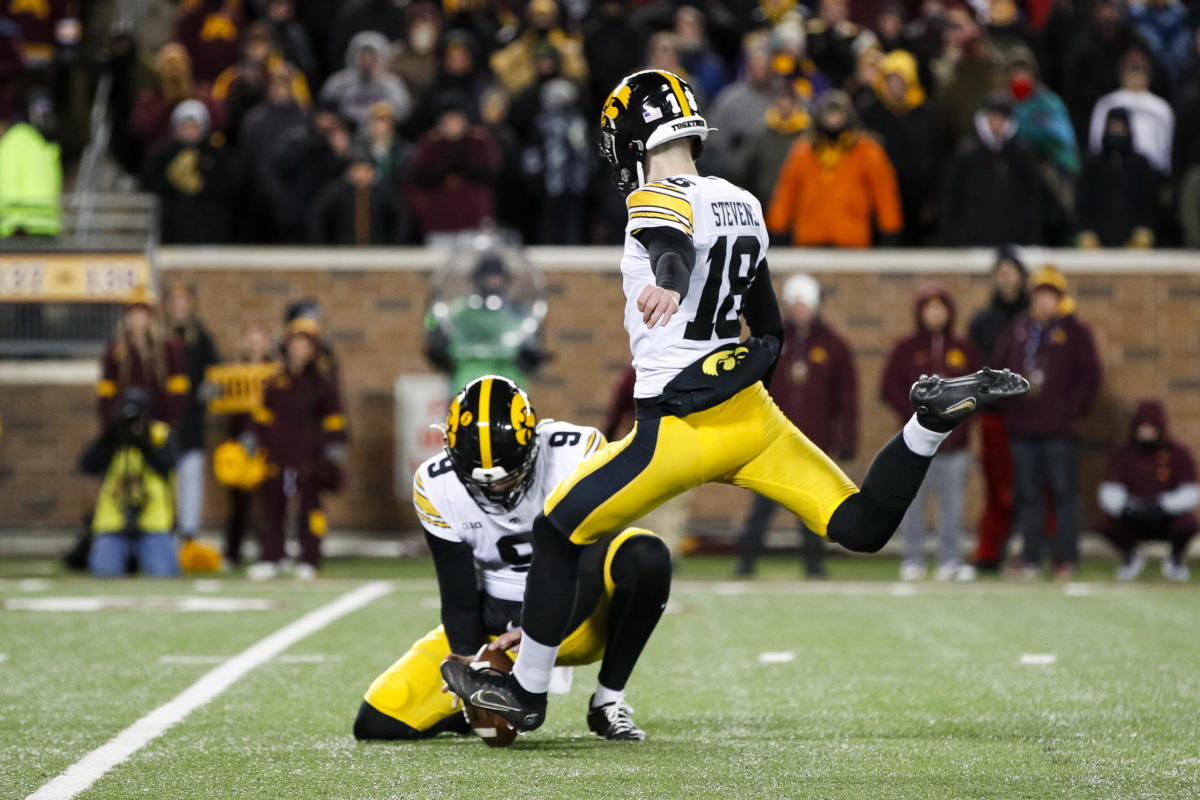 Perhaps even the average college football fan won’t recognize the game as Best in Show. Iowa fans, for the most part, don’t care and shouldn’t care.

The Hawkeyes defeated Minnesota 13-10 and now look unlikely for a return trip to Big Ten Championship play. There are plenty of takeaways and grades to celebrate.

Several Hawkeyes are seeing their stocks soar, and we found out a little more about this team coming out on Saturday. After Iowa clinched its eighth straight win over Minnesota, Iowa’s standout players caught up with the media to recap the win for the Floyd.

Well obviously what a game by Jack he scored by the way. He didn’t fold, so it should have been a six. It shouldn’t have been as interesting as it was. It was a weird second half. It felt like we had chances and didn’t take them. Of course we wanted the ball back, so really great work from the defence. Really all day. I felt like they flexed – they ran the ball great – but they never broke and made two big losses there in the fourth quarter that won the game.

Spencer Petras on the reaction to Jack’s selection

“It was fantastic. I mean, obviously I was super excited. I didn’t think they were going to throw it, you know, because it was almost like ‘Throw the ball!’ “I felt like we had a really good chance if they wanted to throw the ball. And they did and obviously and someone tipped him and Jack was right there. It was a really good team defense by the looks of it.”

“Of course it’s great to win like us four times in a row. Each game was its own unique challenge. Each week is its own challenge. I just think it’s a testament to our program, just the culture of our program and really our head coach. All of the above. The things we preach have come true week by week and continue to improve. Four straight wins is never easy, especially in the Big Ten in November, so we’re just really proud of our guys and we have to keep going.”

Jack Campbell on his big sales

“I’m just trying to be an extra hat on the ball and hopefully trying to get that ball out. It showed up. I just took my chance. I feel like I haven’t crossed the line, but guess what, they can say whatever they want to say. I washed it, tried to refocus and finish the game strong. It was an absolute team effort. With all of these plays, you never know when that play will happen, but it’s always a teammate who creates that opportunity for you, and you just have to take advantage of it. I feel like that was my mindset on this piece.”

Jack Campbell on his expulsion

“I didn’t hear a whistle so I don’t know for sure, but maybe they did. I have no idea. I mean, I looked at the jumbotron and I was like, I’m an executive, it’s a general business major, and I think I’m still within limits. But guess what, they have a tough job. They called me out of bounds. It’s good. I’m not sure. I could have been out but I’m just passionate about putting my teammates in the best possible situation. If there’s a big game out there, I want it to be for the team. As soon as they call it out-of-bounds, I’ll walk past it. Now that we’ve won we can just fool around and joke about it.”

“Just keep fighting every single snap. They’re a talented running back, a talented offensive line, but we’ll never give up. So we just kept going and this opportunity presented itself and I was just trying to get the hat on the ball. Coach Parker talks about it all the time. It happened, but you have to get your work done every single moment. There are some snaps we skipped defensively, but guess what, we brought Floyd home for another year. As a senior, it means a lot. I’ve had it my whole career, so I’m just continuing to build that legacy, that tradition, so these young people can see it and feel it and be a part of winning a trophy game. Like for me when I was young, these older guys showing me the way. I feel like that’s what our program is about. The oldest players always have to lead and coach Ferentz talks about that. Again we got the job done and I’m just proud of this team.”

“Just going out there and knowing that everyone is going to do their best. We must be hard to kill out there, and like you said bend, don’t break. Us defensive, just keep fighting. You never know when this game is coming, you never know who is going to make the game and as we say four to six games will decide this game. There were two big ones.”

“As he broke us apart, he said, ‘You dream of those moments when you’re a kid.’ And that’s really true. Tie ball game, Big Ten soccer in November and us against them. They ran the ball really well against us but technically the game is still zero-zero. That’s right, tying the ball game and still going everywhere. Just keep fighting. We did what we had to do on first and second possession and forced them to throw the ball there and tipped the ball and Jacks in place and got a six but it was called back there. Really proud of him. He always fights.”

“Obviously a really big game for Luke. Great ball and it was still a tie so we have yet to score and they did that. They did what they had to do and it was great. I was really excited.”

“Man, that means everything. I think we’re just going to go back to the daily deposit we’ve made since the summer and go back to what our coaches keep emphasizing, preaching and just keep playing. I think even though we’ve faced so much adversity throughout the season just to be able to fight back and keep playing and where our season can potentially go further, it’s pretty incredible. I think we put our heads down, even with the adversity we faced earlier in the season, we just put our heads down, kept playing, kept fighting. I think what we’ve seen over the past few weeks is a team that will just keep fighting no matter what. It doesn’t matter if their backs are against the wall, it doesn’t matter what’s going on. We always gave our all in every single game.”