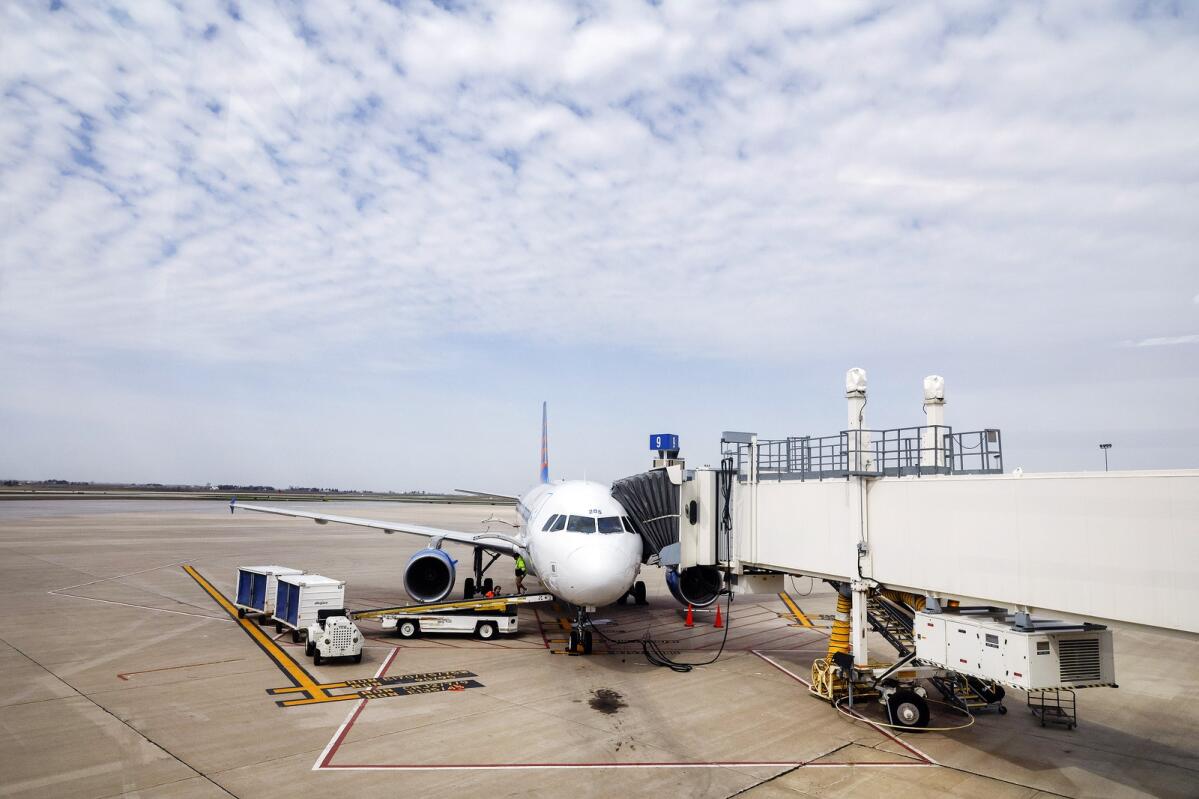 DES MOINES – A year after Congress passed a sweeping $1 trillion infrastructure bill, Iowa authorities are working to identify projects with more than $2 billion in funding.

Iowa has been allocated $2.2 billion so far, according to the White House. This includes funds for road maintenance, airports, water quality and more. Additional funds will be made available over the five-year life of the law.

The largest single item of the law concerns roads, bridges and road safety. Iowa has been allocated $1.5 billion so far and is expected to receive $3.9 billion over five years, according to the White House.

While some of that money was a continuation of previous federal funding bills, it resulted in a 30 percent increase in the Iowa Department of Transportation’s construction program over the next five years, said Stuart Anderson, director of the Iowa DOT’s transportation development division.

The State Transportation Commission approved the five-year program in June. It now includes a reconfigured interchange at Interstate 380 and Wright Brothers Boulevard in Cedar Rapids – the main exit to The Eastern Iowa Airport and a rapidly growing area of ​​manufacturing, warehousing and housing.

The federal cash inflow is accelerating work to modernize the interchange at Wright Brothers Boulevard and Interstate 380 in a fast-growing neighborhood of Cedar Rapids. The interchange’s reconfiguration was included in the Iowa Department of Transportation’s five-year plan covering fiscal years 2023-27 – a first step in securing all funding.

The increase in funding is “quite impactful,” Anderson said, but it’s smaller than the increase the department saw as part of a 10-cent hike in the state gas tax in 2015.

“It’s certainly significant, but it’s not unusual or outrageous based on recent government action taken to address the lack of investment for bridges and roads and roads,” he said.

With 4,504 bridges classified as “structurally deficient” by the American Road and Transportation Builders Association, Iowa ranks the nation’s worst for the number of bridges with that designation, and only second as a percentage of all bridges to West Virginia.

Anderson said the infrastructure money will have some impact on improving Iowa’s bridge problem. But as some bridges are repaired, others will fall into disrepair, and he doesn’t expect the number to improve much.

“It’s always that balance of how much progress you can make, but this additional funding will certainly help, especially with this special bridging funding,” Anderson said.

Iowa Airports has received more than $51 million in improvements, including $20 million to expand and modernize the terminal at The Eastern Iowa Airport in Cedar Rapids.

Eastern Iowa Airport will issue a bid for the final phase of the $65 million terminal upgrades in December, and construction is slated to begin next spring, airport director Marty Lenss said.

An airplane is parked at the end of a passenger boarding bridge in the concourse of Eastern Iowa Airport April 27. Phase four of a terminal expansion project will increase the width of the concourse and the number of gates at the airport. (Jim Slosiarek/The Gazette)

Before the airport received the federal grant, it planned to split the final construction into two phases due to funding constraints, Lenss said. With the boost in funding, the airport can complete the modernization in one project.

“It really enabled us to complete the entire phase of the expansion that would serve all of eastern Iowa for the next 20+ years,” he said.

More than 70 other Iowa regional and city airports have received funding from the Federal Airport Administration to maintain their airports.

The law allocated $113 million to Iowa to improve water infrastructure and security.

Overall, the amount being spent on water infrastructure, including drinking water and utility line replacements, is about three times what the state would normally see, said Theresa Enright, program coordinator for the State Revolving Fund at the Iowa Department of Natural Resources.

The state has identified 11 projects in the first round of funding for $24 million in additional funding for clean water initiatives and $28.5 million for potable water. The Iowa DNR is committed to giving away 49 percent of the money as loan forgiveness with a focus on disadvantaged communities, Enright said.

“I feel like we’re delivering a method of distributing the funds that is as fair and equitable as possible, based on the general intention of Congress that these funds should go to disadvantaged communities,” Enright said.

White House figures show that $45 million has been allocated for lead service line replacements, and Iowa’s DNR is in the process of building an inventory of lead service lines to identify areas that will be replaced have to, said Enright. The inventory is due with the Environmental Protection Agency by October 2024.

“We as a state as a whole don’t know where all of our leadership lines exist, if they do,” Enright said.

Iowa has been allocated $18.5 million to install electric vehicle chargers statewide. Over the entire five-year period, Iowa is to receive over US$50 million. According to the Iowa DOT, more than 5,880 electric vehicles were state-licensed in Iowa in 2021.

Iowa received more than $15 million to purchase low- and zero-emission buses for mass transit programs. The funds can be used to purchase both battery-powered buses and buses that run on propane, which emits less CO2 than conventional diesel buses.

Thirteen rural Iowa school districts were also selected to receive rebates on electric and low-emission school bus purchases under an EPA program. The schools will purchase a total of 28 electric buses and two propane-powered buses.

The Logan-Magnolia School District in Logan, western Iowa, raised nearly $2 million to purchase five electric buses. Superintendent Tom Ridder said he hoped the funds would cover the full cost of the buses and save the school a lot of money.

While Ridder said the school doesn’t yet know the cost of electricity to charge the buses, he expects there will be cost savings compared to fuel costs.

“You replace five buses, of course the diesel buses are not that expensive, but you have the opportunity to save money on buses and also help the environment,” he said. “It’s kind of an easy decision to make.”