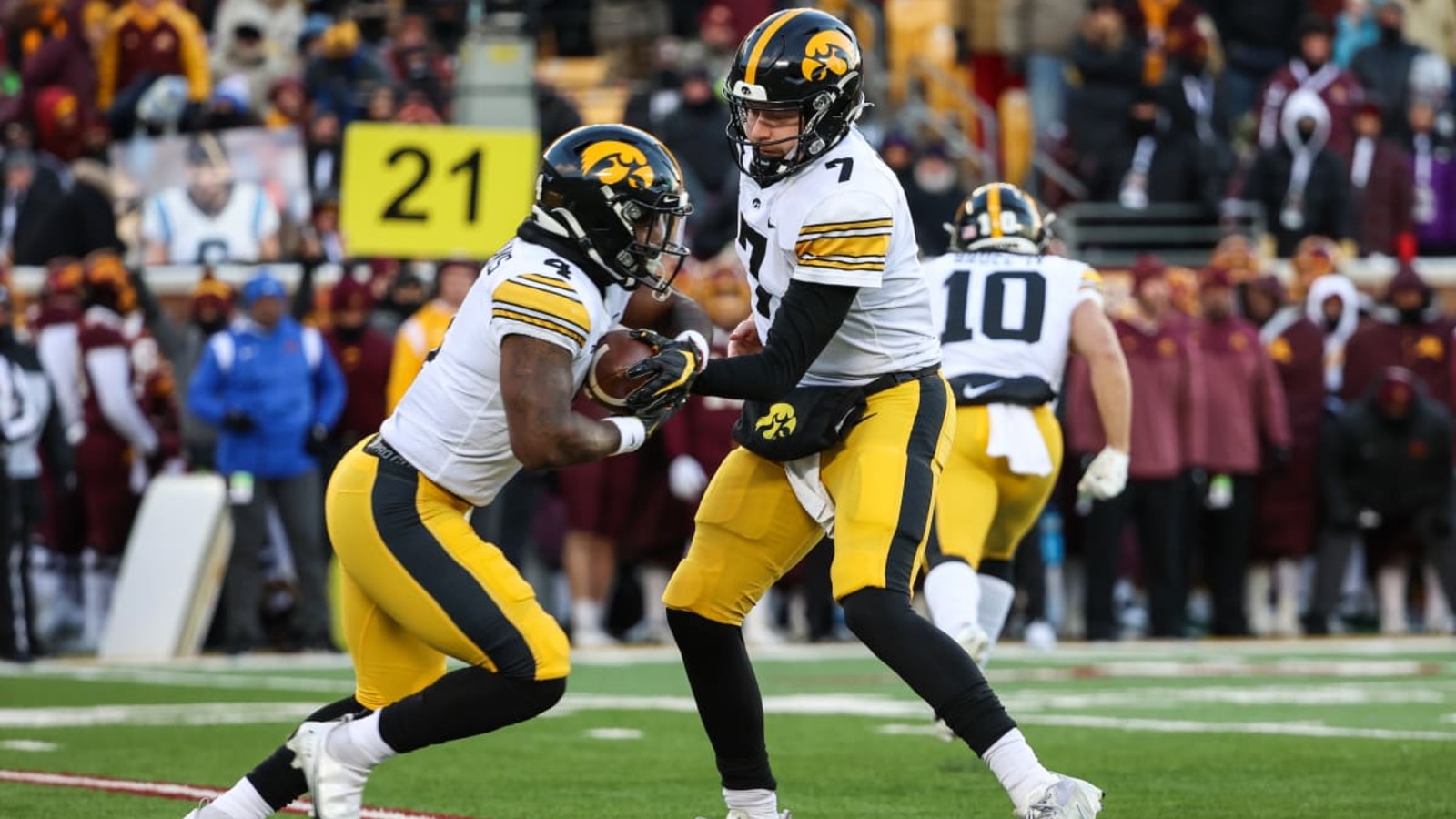 One win away from back-to-back Big Ten West championships.

Iowa’s 13-10 win in Minnesota on Saturday wasn’t easy, but it’s never easy for these Hawkeyes, who were pronounced dead in late October and now suddenly have a title within reach after a four-game winning streak.

A win over Nebraska next Friday at Kinnick Stadium and the Hawkeyes will have a trip back to Indianapolis.

Jack Campbell’s interception return — it originally looked like he’d scored a touchdown, but it was ruled he’d stepped outside of bounds — set up Drew Stevens’ 21-yard field goal, which came 28 seconds from the end game won.

Iowa (7-4 overall, 5-3 Big Ten) gave up 399 yards to the Gophers (7-4, 4-4), 263 to running back Mohamed Ibrahim, who broke through the Hawkeyes’ defenses all day. But the Hawkeyes’ defense forced two turnovers — a fumble by Ibrahim and an interception by Campbell — that stopped potential Minnesota hits.

“When it came down to it, we got what we really needed,” Iowa coach Kirk Ferentz said in a post-game radio interview.

The takeaways from the game on Saturday:

CAMPBELL AT THE RIGHT POINT

Campbell has built a career by being in the right place at the right time and that was the case in the second half.

Campbell had 10 tackles, but he was the one who forced Ibrahim’s fumble at the Iowa 9-yard line. Possession later, he caught the tipped ball deflected off cornerback Riley Moss and sped toward the end zone.

“I put my hand in there and popped it up,” Moss said. “Campbell always runs for the ball. It was good that he ran for the ball in that game. In the end he grabbed the ball and ran over the sideline.”

But the Hawkeyes couldn’t hold Ibrahim, who had 39 carries.

“He exhausted us,” Ferentz said.

Ibrahim had 14 carries on Minnesota’s 16-play, 88-yard possession in the fourth quarter, but his last carry was when he fumbled.

“I would say it’s his ability to see the whole field,” Campbell said of what Ibrahim does well. “Some of those big long runs that he had, I felt like they were made for him to come back to the field, but he cut them to the limit.”

Iowa’s offense scored 10 points in the first quarter and then didn’t score another goal until Stevens’ game-winning field goal.

The Hawkeyes had just 59 rushing yards, but quarterback Spencer Petras had one of his best games of the season, completing 15 of 24 passes for 221 yards.

Petras targeted nine different receivers, seven of which had at least one reception.

Iowa’s first offensive play of the game was a 58-yard pass from Petras to tight end Sam LaPorta.

LaPorta, Petra’s favorite target all season, had four catches for 95 yards but only played the first quarter before injuring himself.

Punter Tory Taylor made big kicks, and he and the rest of Iowa’s special teams came through with two big games.

Taylor landed four punts inside the Minnesota 20-yard line, including back-to-back punts in the second half, causing the Gophers to start possession at their own 3-yard line.