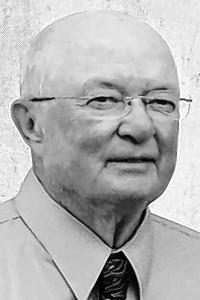 Frank was born on December 9, 1949 in Cresco, Iowa to Donald and Burnetta Cummings. The family moved to rural LeRoy, Minnesota when Frank was in eighth grade. He graduated from LeRoy-Ostrander High School in 1968 and Westmar College in 1972 in LeMars, Iowa. Frank enlisted in the US Army in July 1972. While vacationing at home, he married Peggy Larson at St. Patrick’s Church in LeRoy, Minn. on December 30. He was then stationed in Würzburg, and Peggy joined him in June 1973 after graduating from college. They often joked about their three-year honeymoon in Europe!

After Frank was discharged from the Army, he and Peggy settled in Lake Mills. He worked in parts sales at Winnebago Industries for two years. Then Frank began a career in production control at Fleetguard Industries for the next 21 years. During this time he earned APICS certification in Production and Inventory Management. Frank was also an active volunteer in the Lake Mills Ambulance Service as a trained paramedic. In Lake Mills, Frank and Peggy raised their family and were blessed with three children: Bill, Becky, and Joe.

Frank eventually moved to Solon, Iowa and worked in the Oracle Implementation department at Pearson Education in Iowa City until his retirement in 2014. After their retirement, Frank and Peggy were able to do some travel and particularly enjoyed revisiting Würzburg, Germany. In order to keep busy in retirement, Frank invested in a stump grinder and started his own business, Corridor Stump Grinding. It was the perfect retirement job for him as he could have his own hours, work outdoors, meet new people and receive the satisfaction of a job well done.

Frank lived up to his namesake by always saying it like it is, even to the point of brutal honesty! His stories and speeches were often sprinkled with colorful, folksy sayings. He took pride in his hardworking upbringing as a farm boy, which instilled in him a love and appreciation for nature and the outdoors. He hunted, fished, fed backyard birds, and split wood for the fireplace. Sitting in his finery on his Kubota tractor, he used its many attachments for various outdoor projects around his property. After wrestling in high school and college, Frank was a huge wrestling fan and proud of the Cummings family’s wrestling heritage. He followed high school tournaments and of course Hawkeye wrestling.

His parents, Don and Burnetta, preceded him in death; sister, Donna Ryan; and brother-in-law, Bob Dunagan.

Memorials can be addressed to the Iowa City Hospice, the Bur Oak Land Trust, or St. Mary’s Church in Solon.