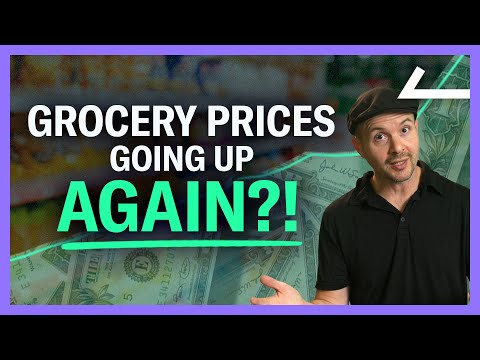 Why Food Prices Could Soar

As you can see in the video above, what was once one of the supermarket industry’s saving graces – genuine competition – is a vanishing state. Grocery store competition is now down to 3, maybe 4 competitors in a given area.

I grew up in an Iowa where we had stores like Eagle Foods, Benner Tea, The Great A&P Tea Company, The Big Bee, Randall’s Super Value, Hy Vee and a variety of neighborhood grocery stores in one town at the same time. The competition was tough.

In the video, which talks about Kroger’s and Albertson’s and all the different brands they’ve acquired over the years, you can see that the competition has been subsumed pretty well. So when you see the price of your favorite beans at a store has gone up, you can surmise that there is no competition to stop the increase or the magnitude of the increase.

When you complain about high food prices, remember, as we all will, that there are myriad factors contributing to these soaring prices. Farmers don’t get much more, but the retailer is simply because they can. As noted by representative Katie Porter, recent price increases have left a whopping surplus of profits for the company:

Armed with one of her easy-to-read, data-filled posters, Porter got Konczal to admit that rising corporate profits are forcing American consumers to pay significantly more for goods and services.

“According to this chart, what is the biggest driver of inflation during the pandemic? The blue – the dark blue is recent,” Porter pointed out.

“It would be corporate profits,” confirmed Konczal.

“And what’s that percentage?” Porter asked.

“It’s 54 percent,” Konczal replied, “and that number stays at that high level even if you update that number to more recent numbers.”